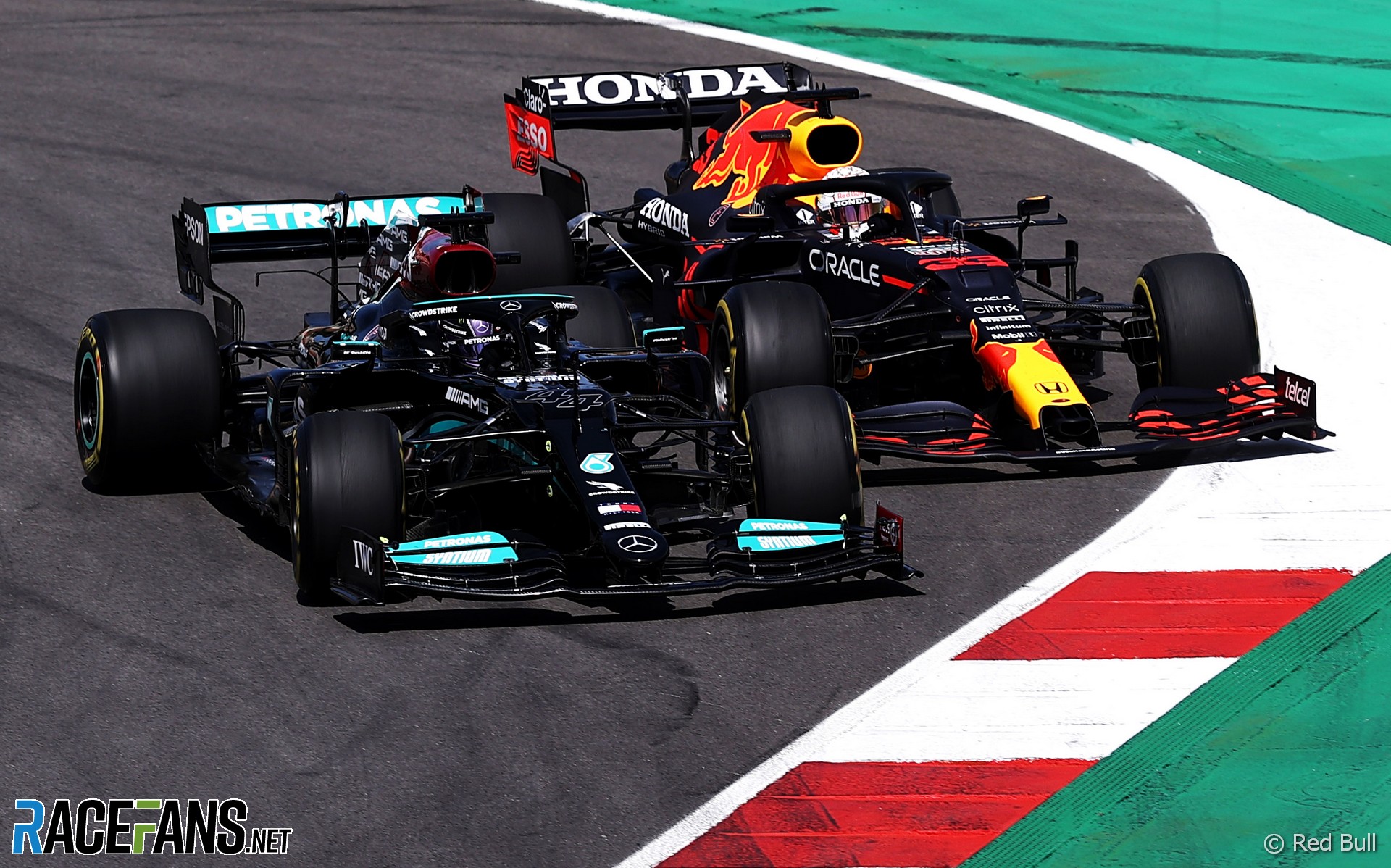 Here are the talking points as F1 heads to the Circuit of the Americas for the United States Grand Prix.

The championship contenders have each taken fresh engine parts, and the associated penalties, over the past two rounds. That kept them largely separated on the track, but made little overall difference to the points situation: Verstappen is just one point further ahead than before those two races.

Now the penalties have been taken at the title contenders have a stock of spare power unit parts ready to go, will it be all-thriller-no-filler from here on? That’s certainly what Liberty Media will be hoping for as F1 performs before its vital home market for the first time since 2019, following the pandemic-forced cancellation of last year’s race.

However F1’s penalty system may make the title contenders more willing to take further penalties between now and the end of the year. The first time a driver exceeds the maximum allocation of power unit elements they take a 10-place grid penalty, but subsequent sanctions are more lenient.

“A second engine penalty is only five places on the grid now so it’s not anywhere as significant as the first one,” acknowledged Red Bull team principal Christian Horner. Mercedes in particular seem to suffer more from performance degradation as their engines age, increasing their incentive to make another change.

This is not thought to be the reason for Valtteri Bottas’ consecutive engine changes and penalties at Monza and Sochi, however, which were seemingly reliability related. “Reliability is going to play a key role,” Horner added. “It’s question of making the right calls at the right time and keeping your head, keeping your nerve and doing the basics well.”

More bumps than a rodeo

Since the Circuit of the Americas flooded badly in 2015, damaging some of its drainage structures, the track operators have fought an annual battle against bumps. Moto GP riders, who suffer more from undulations, were especially critical of the surface when they visited the track a few weeks ago.

There’s little the track owners can do at this short notice besides attempt to grind down the worst of the bumps. The surface is believed to have contributed to problems in recent F1 rounds at the track, notably for Max Verstappen and Sebastian Vettel in 2019, and the Williams drivers in 2015. The prospect of a reliability-induced failure will be any especially troubling thought for the title contenders.

American influence has continued to grow in Formula 1 since its takeover by Liberty Media. In addition to existing team Haas (whose Russian colour scheme belies its US ownership), American companies Dorilton Capital and MSP Sport Capital have entered, the former buying Williams and the latter investing in McLaren.

Zak Brown, the American CEO of McLaren Racing, will lend his ex-Dale Earnhardt 1984 Chevrolet Monte Carlo NASCAR to driver Daniel Ricciardo to demonstrate at the circuit. “He’s a big hero of mine” said Ricciardo, “so to be able to drive one of his cars is going to be a surreal moment and a bit of a dream come true.”

As RaceFans reported previously, a company run by CART Indycar champion and ex-F1 racer Michael Andretti is believed to be looking at taking over Sauber, which runs Alfa Romeo’s team. Further discussions on the move are expected this weekend, though an announcement at this stage is unlikely.

If it does go ahead Andretti may want to place its highly rated junior driver Colton Herta in the championship, though he lacks the necessary FIA superlicence points at present. Could F1 have two US teams in addition to two US races next year?

F1 will return to America again before next year’s race at COTA. The series’ US reach will grow further with the addition of a second round at a new temporary circuit in Miami Gardens.

The new Miami Grand Prix is not thought to jeopardise the future of the current United States Grand Prix. But it will contribute to a record 23-race 2022 F1 calendar which has been a cause for concern among some teams due to the demands it will place upon their staff. Expect to hear more about that this weekend.

If you’re heading to USA for this weekend’s race, we want to hear from you: