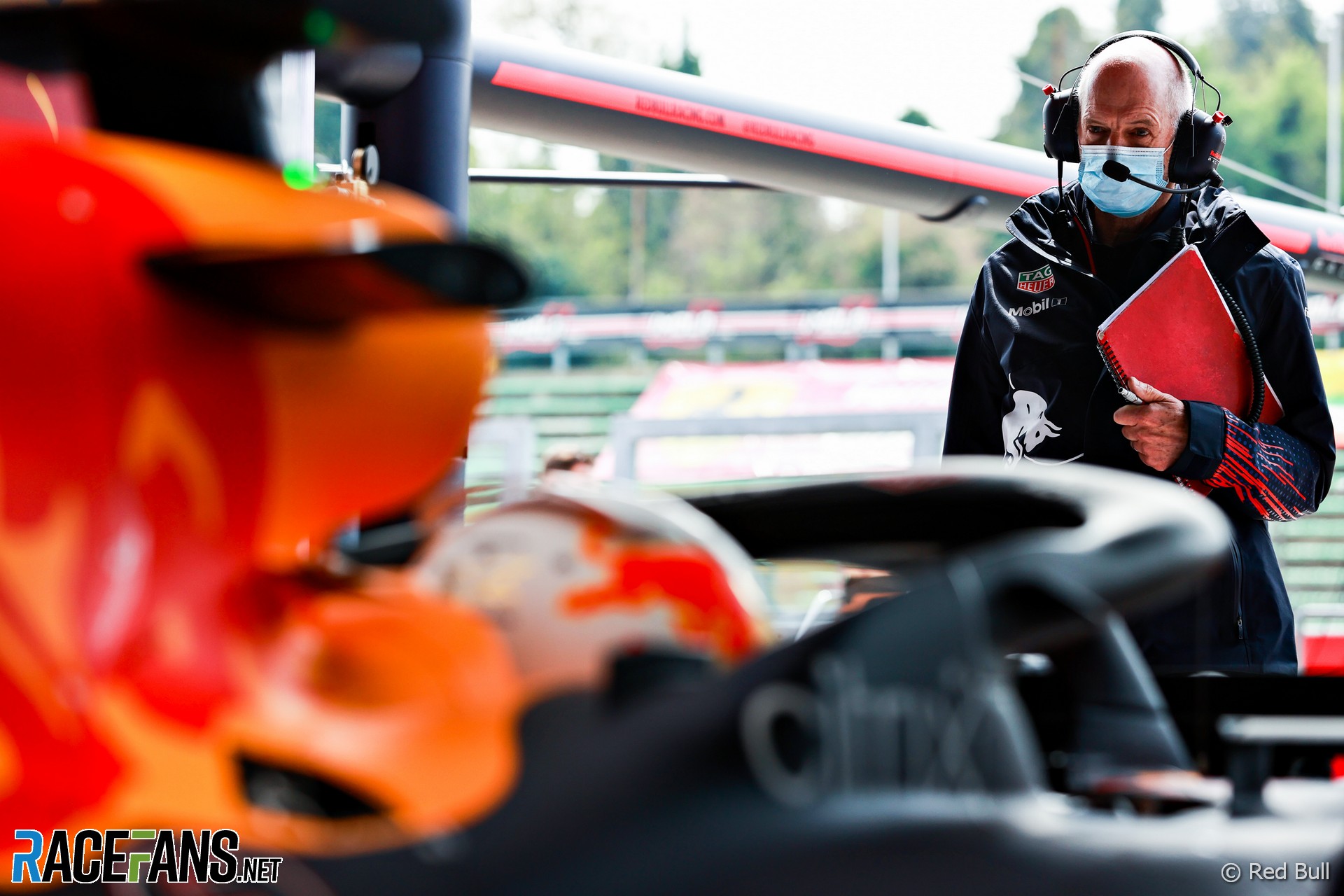 Max Verstappen says having Adrian Newey back in the Red Bull garage will help the team make progress following the gains rival Mercedes made in recent races.

Newey rejoined the team trackside at the Turkish Grand Prix after suffering injuries in a cycling crash earlier in the year.

“Of course it was not ideal what happened,” said Verstappen. “But it’s a full team effort and I know, of course, Adrian is a leading figure in that and it’s always very nice if Adrian is coming to the track, you can exchange a lot of things, ideas.

“So it was good to see him back again and in Turkey. We’re just looking forward now to the rest of the season, what we can do as a team altogether to try and find a bit more performance.”

Red Bull were out-paced by Mercedes in Turkey. Their rivals would have swept the front row of the grid had it not been for Lewis Hamilton’s penalty for exceeding his maximum allocation

Verstappen moved ahead of Hamilton in the championship fight by finished second, but said Mercedes’ pace shows Red Bull need to make gains with their car.

“It was alright but we still have a bit of work to do,” he said. “We want to be faster.

“The team result was good in Turkey. The overall performance wasn’t amazing in Turkey. We’ll try again here, see how quick we are.”

Verstappen said it was clear Mercedes had made gains with their car in recent races but he’s “not concerned” by it “because there’s nothing we can do about it.”

“We just have to focus on our side,” he said. “There’s a few things we can do better and we learn again a lot also in Turkey and we tried to do better with our package what we have, try to find a bit more performance.”