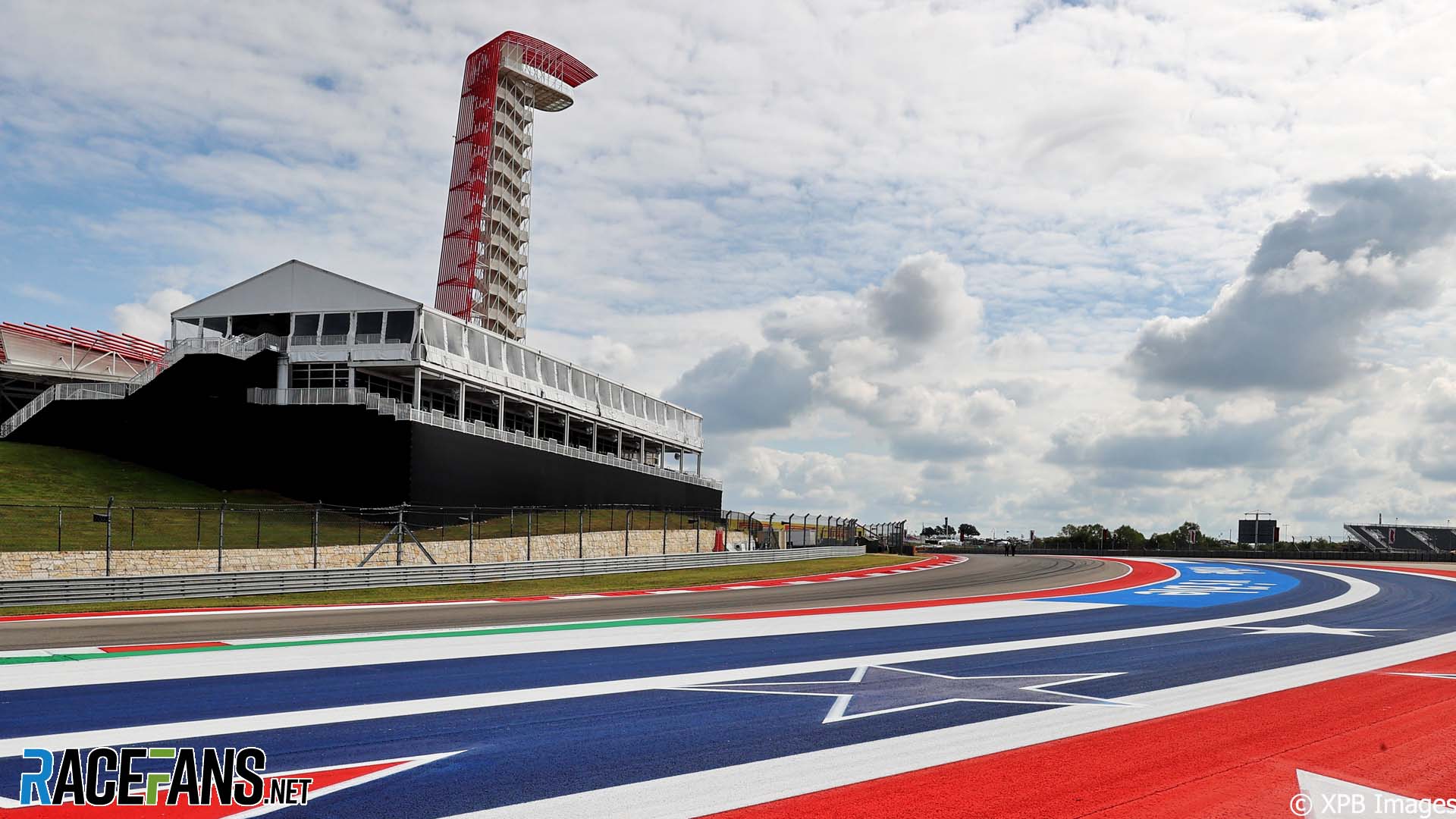 Formula 1 drivers expect the bumpy surface at the Circuit of the Americas will present a serious challenge in their first race at the track since 2019.

Bumps were linked to problems on several cars during F1’s last visit. Sebastian Vettel retired from the race with a suspension problem and Max Verstappen’s car had to be repaired on the grid after Red Bull discovered a crack in his rear wing.

Moto GP riders strongly criticised the track surface when they raced at COTA earlier this year. Antonio Giovinazzi expects F1 cars will be able to cope with the surface better.

“I think nobody knows for sure,” Giovinazzi explained. “We’ve had some tracks with more bumps, but here, especially with what we saw in 2019, was really, really difficult. We’ll see this year.

“I follow the Moto GP and they were complaining quite a lot. For us it will be better. [The circuit owners] did also some adjustments, so I hope it can be okay.”

The track surface has been ground down in several places to ease the worst of the bumps. These are at turns two to three, four, six, 10 and 14.

However George Russell expects bumps will remain a headache throughout the weekend. “They are probably going to be the key thing this year, as they were in 2019 and how that subsidence has been over the last couple of years.”

“It’s going to make or break the weekend, I think,” continued Russell. “It’s going to going to be really tricky and all the cars or the drivers and whoever adapts best, it will probably come out on top.

However Pierre Gasly sees the bumpy surface as another variable to master. “It just makes another challenge for us in terms of setting up the car,” said the AlphaTauri driver.

“We know when it’s a smooth track what kind of set-up works because it’s pretty much all the tracks. On this kind of track maybe you need to have a compromise approach compared to usual, so it probably makes it more interesting.”

Esteban Ocon is also prepared to embrace the challenge of what has become one of the bumpiest tracks F1 visits.

“I think we all watched the Moto GP race and saw how the guys who are struggling with the bumps. Obviously we have four wheels so it should be a bit more stable than them. But it is very bumpy.

“The track has aged quite a lot since we got here, but there’s been a lot of work going on. It’s good to see and we like tracks with character.

“So that brings character to it. We’re not here to have an easy life and role on your road car, we are here to do some sport.”