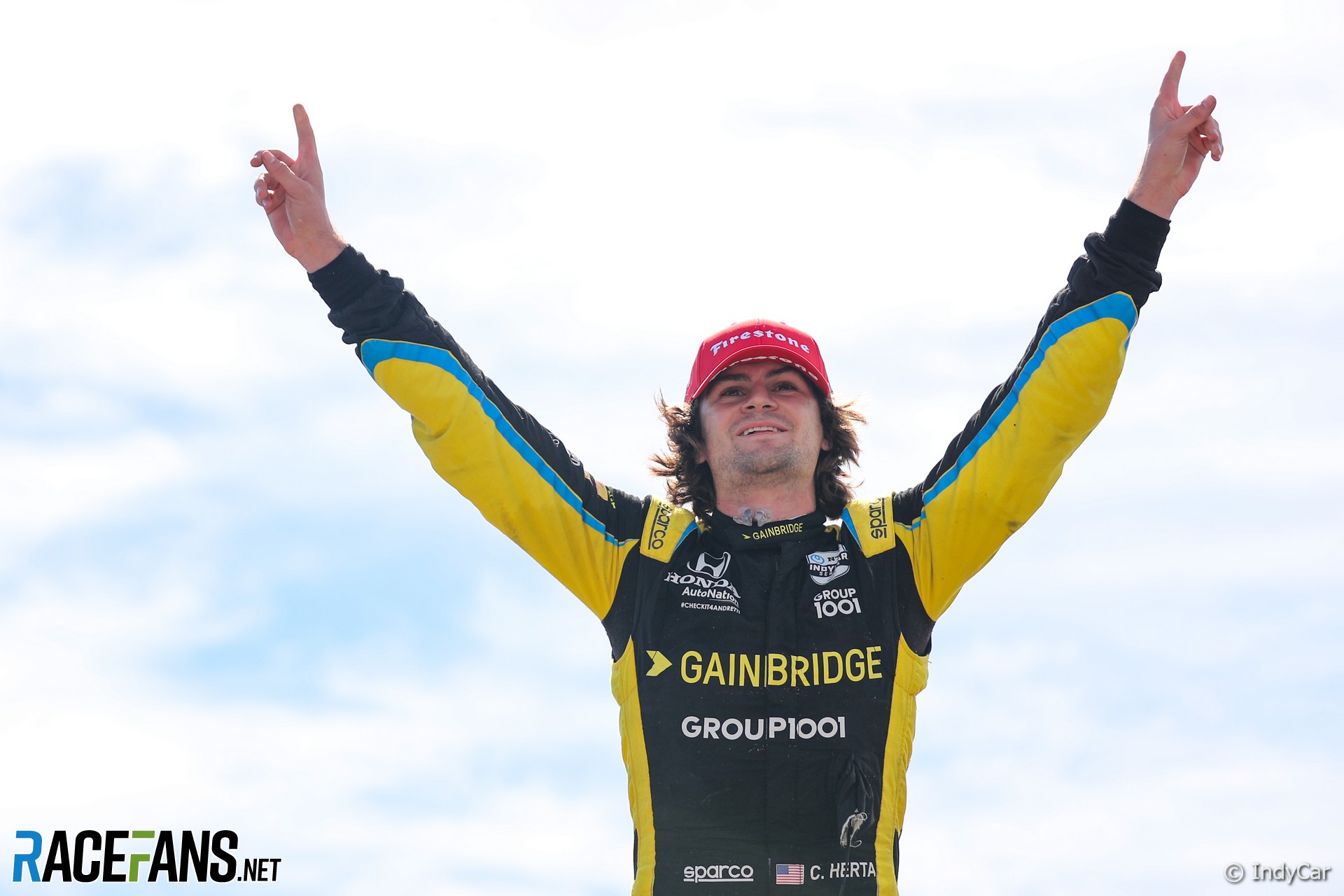 Fernando Alonso thinks Colton Herta would be “a good fit” for Formula 1 if the IndyCar race-winner wants to compete in the series.

Herta has been tipped to become America’s first grand prix driver for six years via his Andretti IndyCar squad, which is considering a move to buy Sauber, which runs the Alfa Romeo-branded F1 team.

Alonso, who raced against Herta at the Indianapolis 500 last year described him as “a very good driver, very talented, very young.

“He’s the youngest IndyCar race winner and I think he has a very good organisation with Andretti. He would be a good fit for Formula 1, for sure.”

Despite taking six IndyCar victories, two top-five finishes in the championship and the runner-up position in the 2018 Indy Lights series, Herta is not eligible for a Formula 1 superlicence under FIA regulations. He has scored 32 out of a required 40 superlicence points.

Drivers who have scored at least 30 can only qualify if they are “judged at the sole determination of the FIA as unable to qualify” under the normal criteria “due to circumstances outside their control or reasons of force majeure.” The FIA has already relaxed the licence threshold due to the Covid-19 pandemic, extending the eligibility period for qualifying championship results from three years to four.

IndyCar driver Patricio O’Ward told RaceFans this week IndyCar is “very under-valued” compared to series such as Formula 2 and even Formula 3, which award more points to drivers in total.

Alonso said any question of whether more superlicence points should be awarded for IndyCar performances was “more a question for the FIA or whoever it is dealing with the licencing.”

However, he added “I think there are categories like IndyCar that has the the level high enough that you should get the necessary points like you do in other categories in Europe.”

However Herta’s hopes should not necessarily be pinned on F1, said Alonso. “Each of us has a different plan in his career and I don’t know what Colton has in his head at the moment because I’m sure that he’s happy with IndyCar. Same as Alex Palou, that won the championship this year, he’s really committed to to the US racing and enjoys racing here in the States.

“Sometimes there is not only one target, Formula 1. Motorsport is much more than Formula 1. Even here inside this bubble, some people feel that this is the the top, top, top. Which, it is probably the top, but there are other super categories.”

Alonso, who raced in IndyCar, the World Endurance Championship and the Dakar Rally before returning to F1 this year believes drivers in other series deserve more respect for their abilities.

“I do respect a lot all the drivers in every category,” he said. “I think they are the best in their business and their discipline, in their driving style, techniques. That is different in each of the categories.”

“Maybe the most extreme one is probably Dakar or the rally raid where I think the specialists are nearly unbeatable. Wherever you come from and whatever discipline you won in the past, you will never beat them in pure pace.

“In IndyCar it’s the same thing, they are the best on IndyCar circuit and an IndyCar machine. And if they join Formula 1, they need the normal adaptation that we need if we go to an IndyCar machine. So it’s no different and I think we all have the same level, which is top level for each category.”