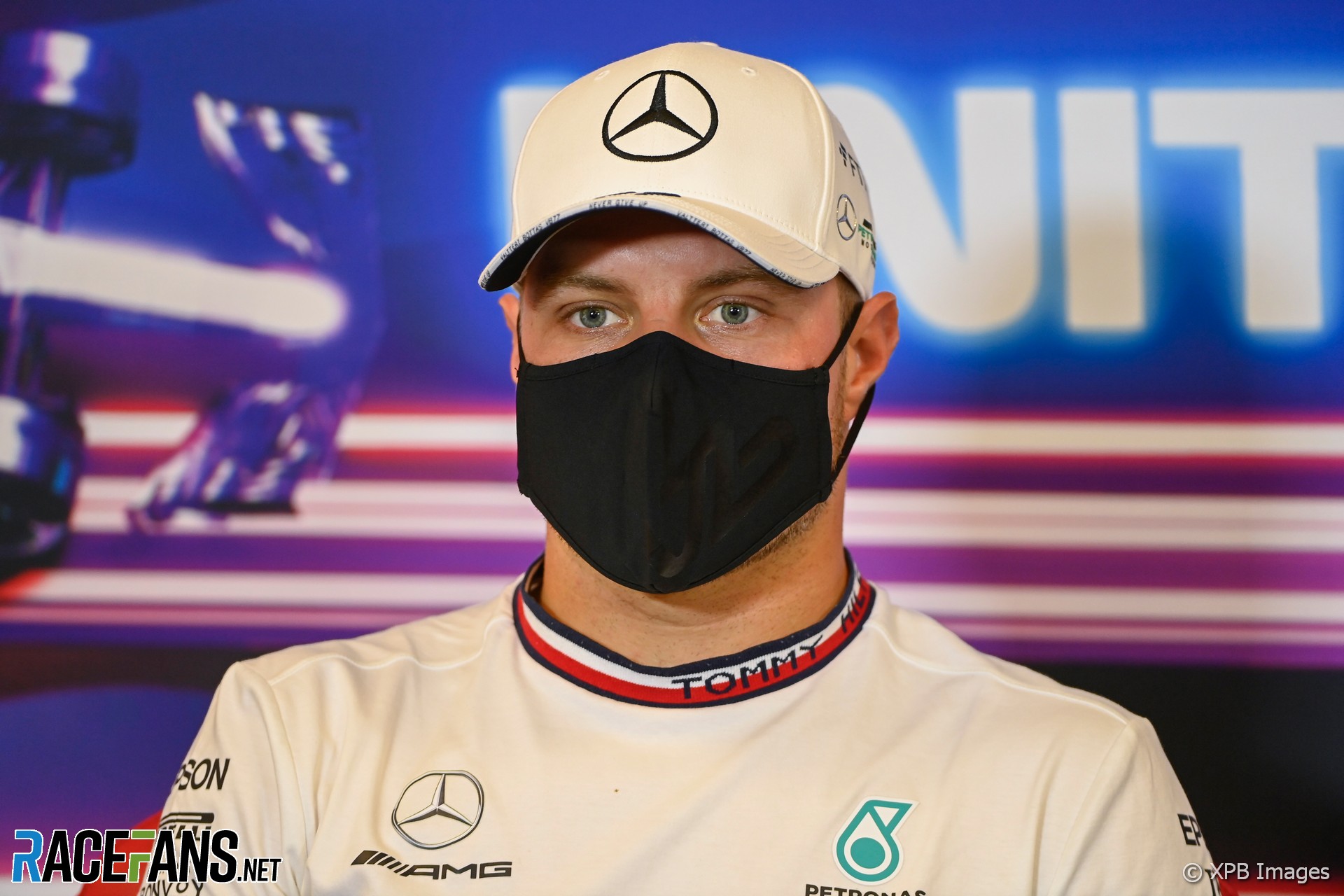 Valtteri Bottas says the progress Mercedes have made in recent races has come from set-up changes, not new parts.

He said the handling of the car is much improved now compared to the start of the year.

“If I look at the beginning of the season to now, for sure it handles a lot better,” Bottas confirmed. “I think the biggest issues we had with the car was the rear end being quite unstable and overall just lacking grip compared to last year.

“So I think we’re just able to balance the car a bit better recently. That’s the main feeling, that it’s a bit more stable and more drive-able.”

This improvement has come from working on the car rather than introducing new parts, said Bottas.

“During the mid-season or beginning of the season, we did have some upgrades, but lately not,” he said. “It’s been just purely working the set-up, working the balance and getting it more more drive-able.”

His Red Bull rival Sergio Perez said he was “definitely” surprised by the gains Mercedes had made. “I think since couple of races ago, they’ve been able to find a lot of pace, especially on the straights.”

However Perez believes the Circuit of the Americas will suit Red Bull better than Istanbul Park, where they were beaten by Mercedes in qualifying.

“Certainly we should be more competitive than what we did in the last race in Turkey,” said Perez. “I think Mercedes dominated the weekend pretty easily compared to us.

“So I really hope here because of the layout, the high speed, that kind of section, that we can be a lot closer and really have a great race together.”