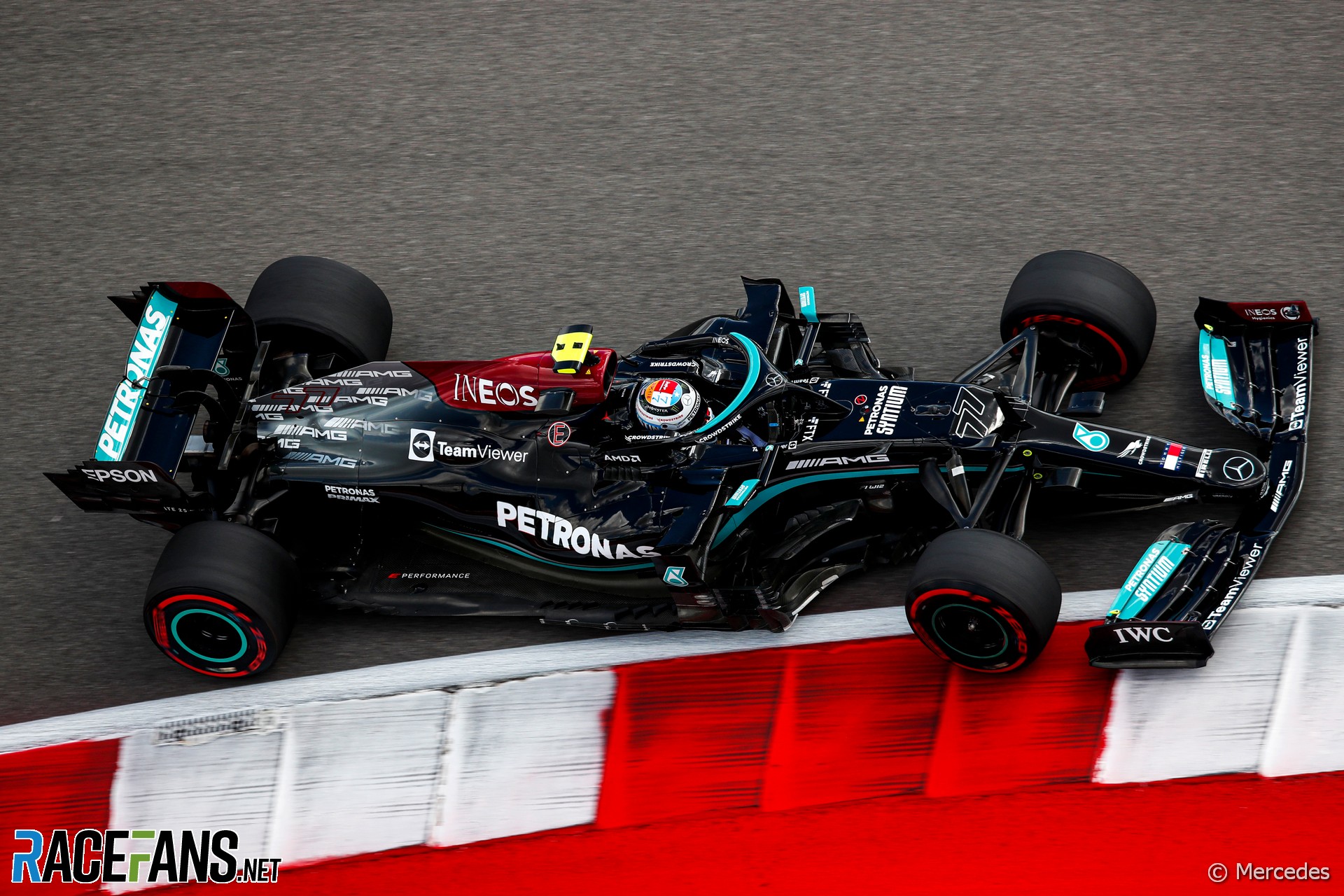 Sergio Perez is taking nothing for granted about Red Bull’s pace despite heading the second practice session for the United States Grand Prix.

Mercedes comfortably headed the first hour of running at the Circuit of the Americas, almost a full second faster than any other team. Although Perez was fastest in second practice, Lewis Hamilton set a quicker time which was deleted due to a track limits violation.

“They were certainly very strong today so we’ll see what they have for tomorrow,” Perez admitted.

Several drivers reported higher tyre degradation than expected in the warm conditions at the track, which F1 last visited in 2019. “It felt okay but I wasn’t very happy with my tyre deg,” said Perez. “So I think there is room to improve there and try to find them a bit more pace.”

Max Verstappen abandoned his performance run during second practice after encountering traffic, but was encouraged by what he felt of his car’s pace.

“It didn’t particularly feel bad in the short run it was just a mess with the traffic,” said the championship leader.

“Overall it’s not easy out there, the track is quite bumpy and to find the right compromise with the car hasn’t been the easiest so far. But there are a few positive things to look at and we’ll continue to work on that also overnight.”

Verstappen also had a run-in with his championship rival Lewis Hamilton, who he called a “stupid idiot” after the pair ran side-by-side along the pit straight, forcing Verstappen to back out of an attempt to start a lap.

Hamilton had overtaken Verstappen into the final corner to move back ahead of the Red Bull driver, who had passed him earlier in the lap. “We were all lining up to to go for our laps,” said Verstappen. “I don’t really understand what happened there.”