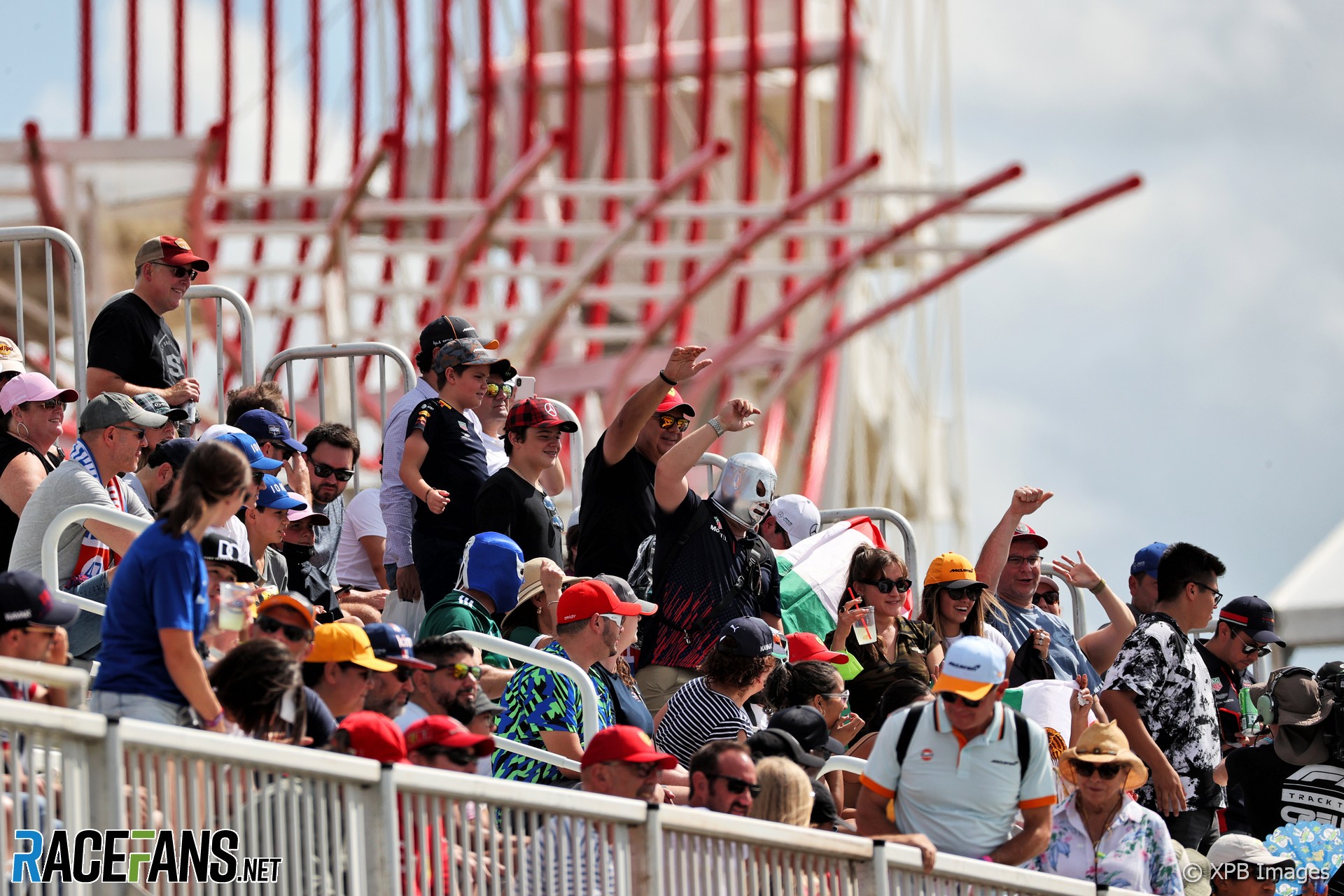 The Circuit of the Americas is predicted to welcome the largest ever three-day crowd for an F1 race weekend at the United States Grand Prix.

Six-figure attendances are expected on all three days of action in Austin. “They’re telling me it’s the biggest F1 event in history,” the track’s chairman Bobby Epstein told RaceFans.

Ticket sales indicated around 120,000 fans came to the track yesterday for F1’s two practice sessions. A similar figure is expected today and 20,000 further tickets have been sold for Sunday.

The British Grand Prix previously held the title of most-attended three-day F1 event, with 351,000 fans coming to its event in 2019. The 380,000 attendance projected for COTA would therefore be a new record.

Epstein said the United States Grand Prix may well have the most attendees of any event across the globe since the Covid-19 pandemic began.

McLaren Racing CEO Zak Brown praised the gains F1 has made in America. “The crowds are phenomenal,” he said in yesterday’s FIA press conference, “the city is buzzing.”

“We’re not quite yet back to normal – hence the mask – but it certainly feels like a giant step forward. Formula 1 is best consumed with hundreds of thousands of people at the facility, and that’s what we have here, so really pleased to see the excitement in the city.”