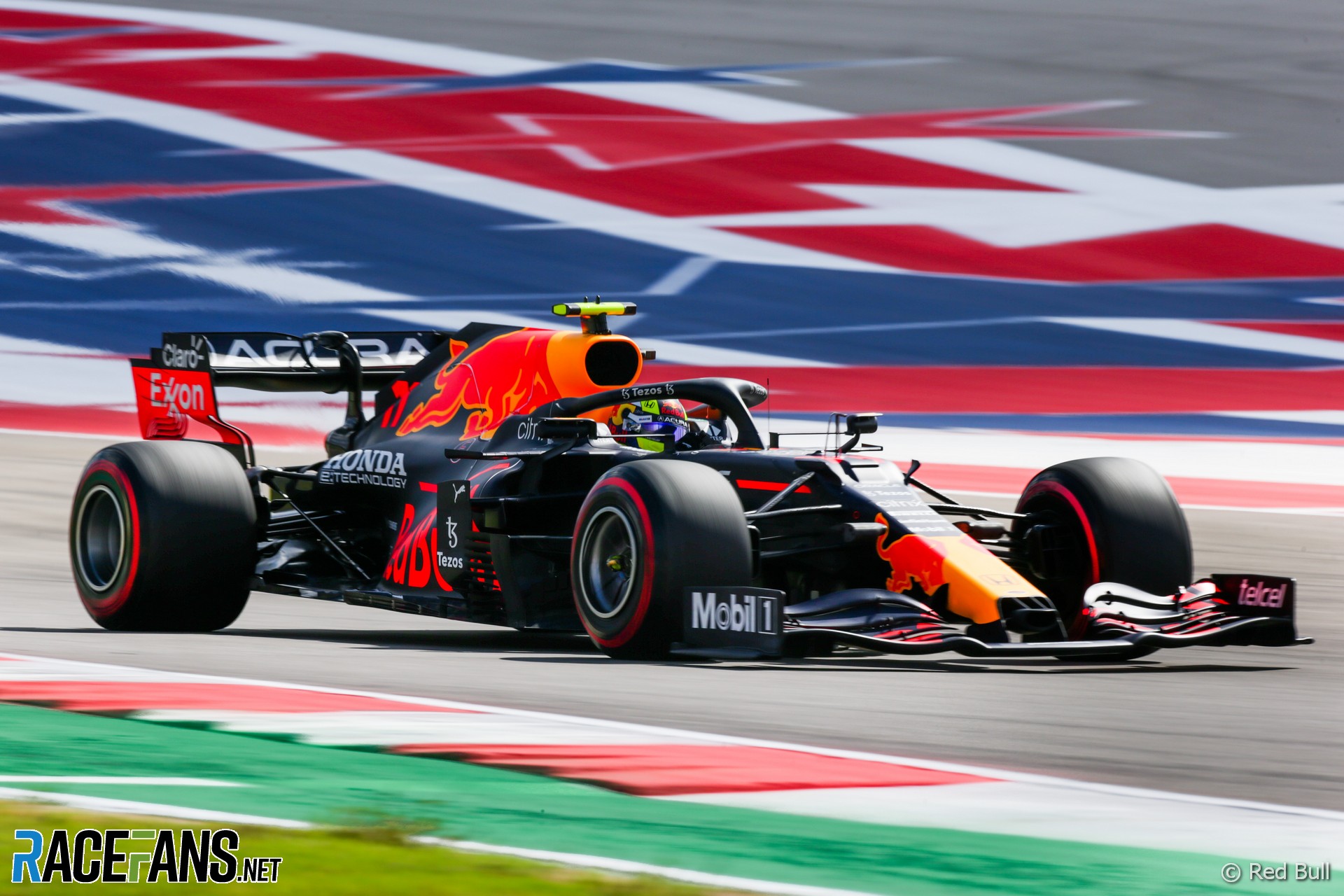 Sergio Perez says the rain that fell at the end of qualifying cost him time after losing pole position to his team mate on their final runs.

The Red Bull driver was quickest after the first runs in Q3, but was beaten to pole by Max Verstappen. Lewis Hamilton also beat Perez’s time, relegating him to third place.

“We were really close in that final lap,” said Perez. “I think we did a great job as a team.”

“Unfortunately my final attempt wasn’t as as good throughout the lap. I improved through the first sector quite a bit and I wasn’t able to just keep it progressively.”

Some drivers were warned rain was beginning to fall at the end of qualifying.

“I think the rain hit me too hard in the final sector,” said Perez. “There were spots of rain and I lost a bit of grip in two corners and I could just see my delta going off.”

Verstappen said his first lap “wasn’t amazing” and was relieved to take pole with his final effort despite the rain.

“In the final lap it also started spitting like a bit of drizzle in the last sector, especially,” he said. “I wasn’t sure if I was going to hang on to my lap time.

“But it was enough and of course, to put the lap time in and be on pole position and also to be P1 and P3 as a team, I think was a very strong performance.”

With Hamilton splitting the Red Bull drivers on the grid, but the other Mercedes of Valtteri Bottas starting ninth after a penalty, Verstappen said Red Bull will have to “work together as a team to get the best possible result”.