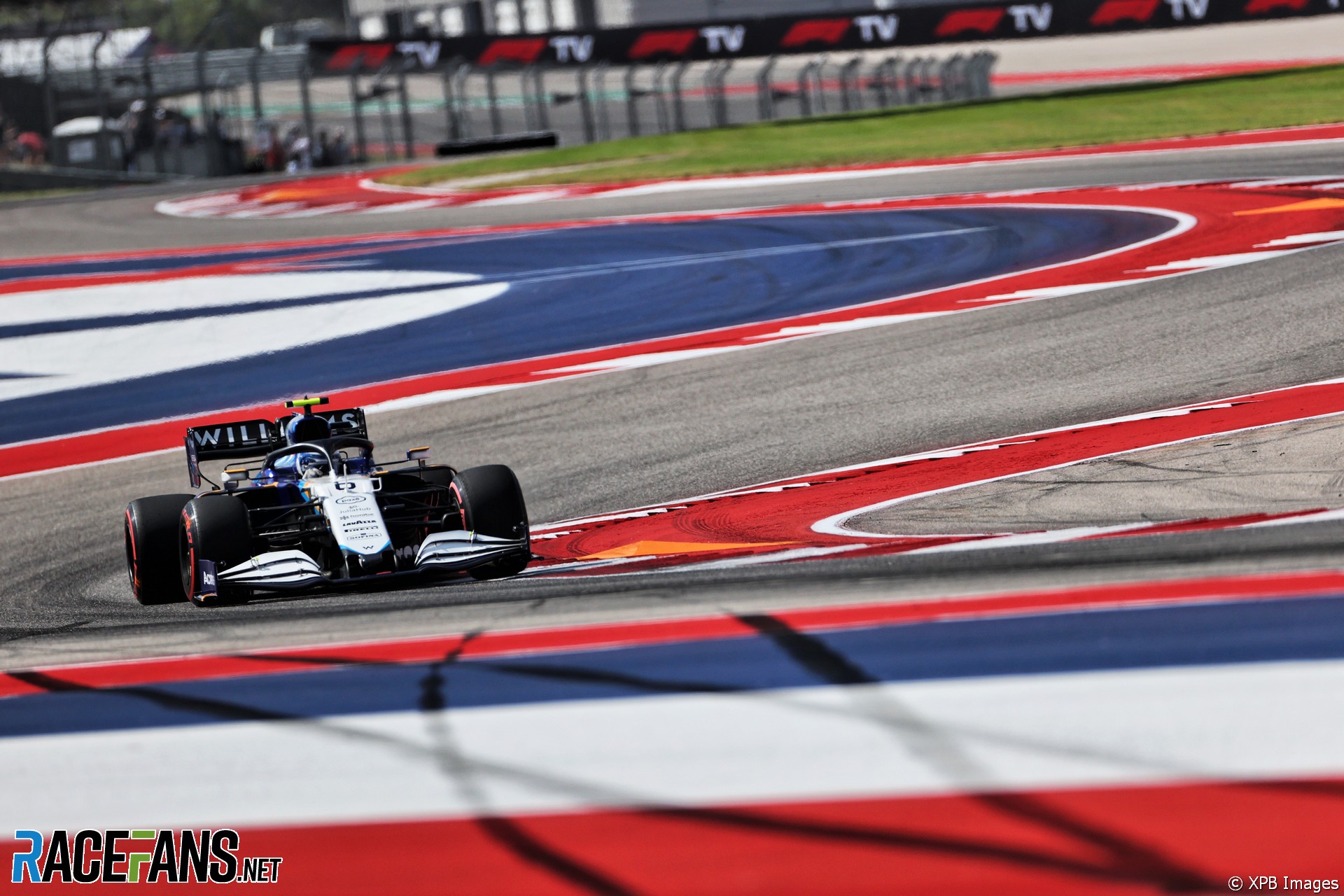 Nicholas Latifi says the progress Williams has made this year means they should progress beyond Q1 every race weekend.

He has reached Q2 on four occasions so far this year. Team mate George Russell has done so 15 times and gone on to make four appearances in Q3.

“I think going into every weekend now Q2 is the absolute minimum goal that we try to shoot for,” said Latifi after practice at the Circuit of the Americas on Friday.

Despite ending practice 19th overall, Latifi believes the team has a good chance of getting into Q2 again this weekend.

“Irrespective of the pace not looking so competitive today I think we’re still in a good window to try and achieve that,” he said. “Then beyond that we have to wait and see.

“I still think it’s not going to be clear cut to do that, we do have a lot of work to do. I think in previous races, we’ve probably been a bit more confident in where we felt after Friday. So that’s part of the game, we’ve got to do some homework tonight and see what we can do.”

Latifi is racing at the Austin track for the first time. He made his F1 debut last year, when the United States Grand Prix was cancelled due to the Covid-19 pandemic.

“The track is quite an enjoyable layout,” he said. “I think it’s always been a favourite amongst the drivers, especially that first, fast, flowing sector, it’s quite nice in these modern day Formula 1 cars.

“It’s definitely bumpier than I would have liked which I guess is a topic of discussion before coming here. But it’s the same for everybody. We’ve just got to try and manage it, try maybe different racing lines, different set-ups to try and make the car that easier to drive and such.”