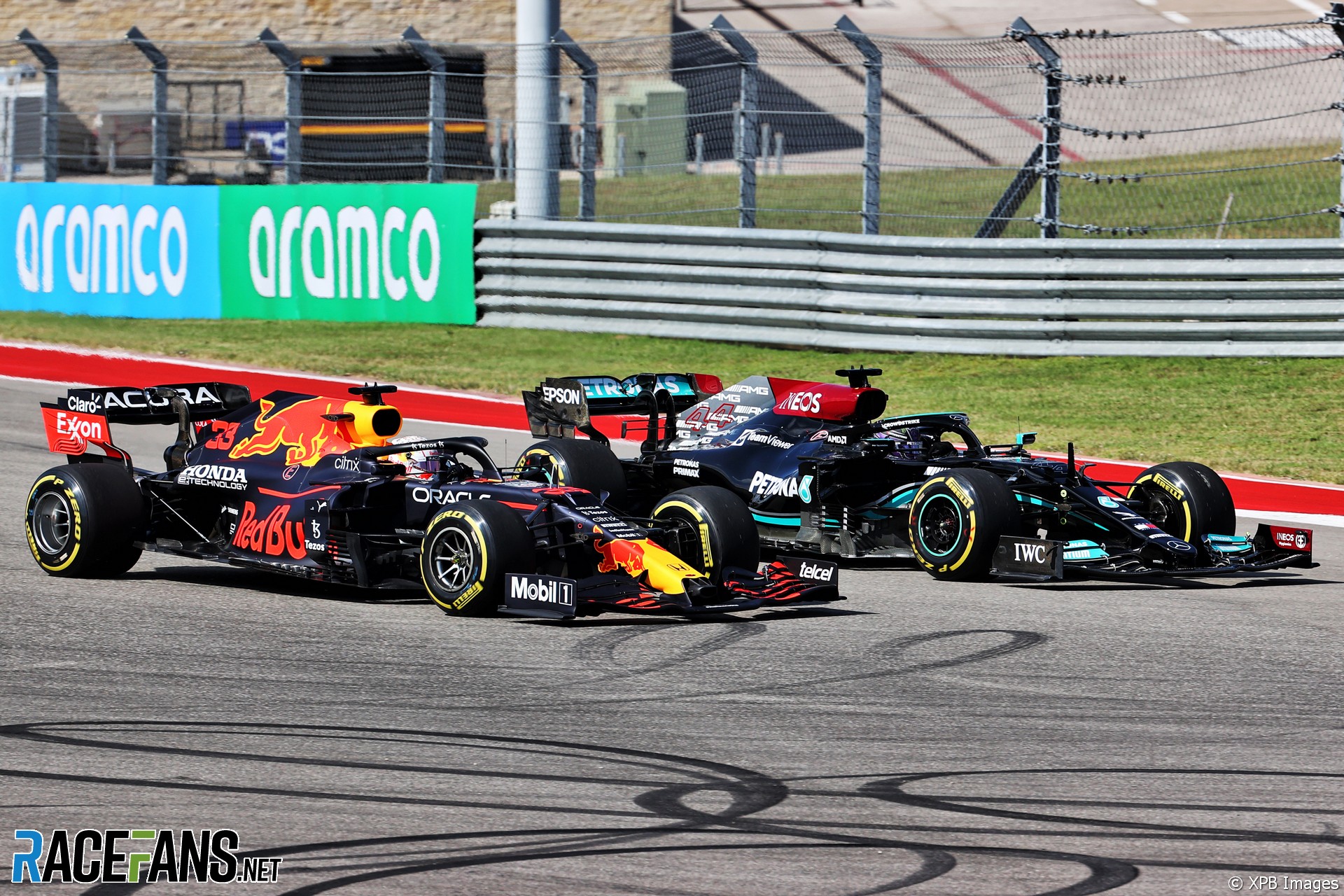 Max Verstappen held on to win the United States Grand Prix ahead of a charging Lewis Hamilton.

The Red Bull driver took the chequered flag a little over a second over his rival, who closed an eight-second gap on him over the final laps of the race.

Verstappen lost his advantage from pole position at the start of the race. Hamilton got away quickly from second on the grid and threw his Mercedes down the inside, forcing the Red Bull wide.

Hamilton wasn’t able to pull a lead out over his rival, however, and Red Bull brought Verstappen in his his first pit stop at the earliest available opportunity. Hamilton stayed out three laps longer, but couldn’t afford to wait any longer as Red Bull brought the pursuing Perez in.

By mid-distance Hamilton held a three-second lead over Hamilton, who was beginning to edge closer to him on his slightly fresher tyres. Verstappen was the first of the two to pit again, but by this time Perez had dropped further back and Hamilton was able to hang on for eight more laps.

Hamilton finally came in for fresh tyres on lap 38 and, after a steady few laps, began hacking into Verstappen’s lead. But once he closed within two seconds of the Red Bull he struggled to make further progress, slipping back occasionally.

By the penultimate lap Hamilton had the gap down to 1.1 seconds and looked poised to strike as the pair picked their way past the lapped Mick Schumacher. However while Verstappen was able to activate his DRS as he closed on the Haas, Hamilton didn’t draw close enough to do the same, and Verstappen scampered around the final lap to win.

Perez came in a distant second, over 40 seconds behind his victorious team mate having lost time running his middle stint on the medium tyre compound.

Charles Leclerc took a comfortable fifth, 24 seconds ahead of Daniel Ricciardo, who split the Ferrari drivers on the first lap. Carlos Sainz Jnr kept Lando Norris behind but the pair were overhauled by Valtteri Bottas, who got his Mercedes up to sixth.

The lapped Yuki Tsunoda and Sebastian Vettel completed the top 10. Both Alpine drivers retired, as did Pierre Gasly.