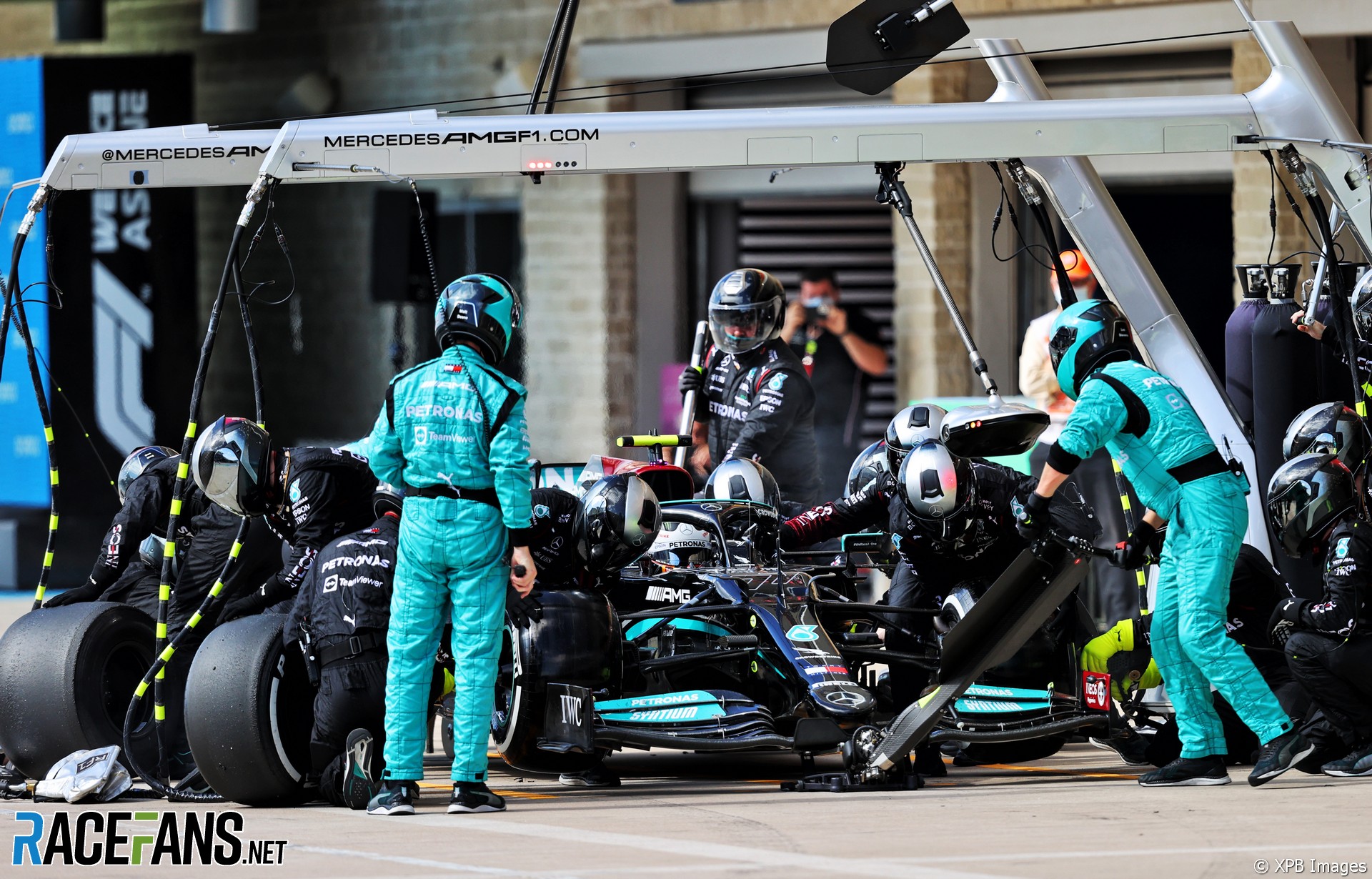 In the round-up: Mercedes says taking power unit penalties is crucial to avoid any risk of a “catastrophic” non-finish in the remaining races.

Mercedes’ chief strategist James Vowles said that changing Valtteri Bottas‘s internal combustion engine at the United States Grand Prix was to avoid any risk of a non-finish due to reliability in final five races of 2021.

“We are balancing performance versus reliability to the end of the season,” said Vowles. “One failure to finish a race, be it because of a chassis or power unit fault, would be catastrophic for the championship. As a result of that we are managing that in the best way possible to the end of the year.”

Vowles said it was not a case of chasing performance but “more about the balance across the remainder of the season than one event. So, this change, as painful as it was during the Austin Grand Prix, will actually pay dividends across the next few races.”

Bottas has taken three penalties for exceeding his maximum number of power unit parts in the last four races. Team mate Lewis Hamilton has taken one and many other Mercedes engine customers have also exceeded their maximum allocations.

Haas team principal Guenther Steiner says the overheating problem Nikita Mazepin has described in recent races appears to be unique to the driver.

“He complained about the feet getting hot a few times,” said Steiner. “We always tried to make it better, but it seems that happens only to him. This is the same chassis as last year, so we never had the issue with that.”

Mazepin’s team mate Mick Schumacher has not indicated similar problems, said Steiner. “I didn’t ask, specifically, Mick, but he never complained about it and for sure he would. So we need to look into why he gets hot.

“We need to do something, maybe the next step is to do something on the boot, you can do it both ways. But there was nothing broken or anything and it isn’t the first time that he complained about that.”

After McLaren was voted the most popular team in Formula 1 in the sport’s recent global survey, Lando Norris said the growth in support for the team has been visible at races this year.

“It’s nice to see we’ve not just made progress on-track, but also off-track, in a way,” said Norris. “It’s cool the amount of McLaren hats and T-shirts and things, it was definitely the most, compared to to any other team, so that’s awesome to have the support, the people cheering us on everywhere. It just makes it a much cooler environment for everyone.”

However Norris said it’s hard to hear the support for the team while in the car. “You don’t hear the fans while you’re driving,” he said. “If someone says they do they’re lying.”

“It makes us feel good as a team, not just myself, but us as a team,” he added, “because we do a lot to try and engage the fans and bring them on board, make them feel like they’re part of the family and part of our progress over the last four years.”

you never forget your first F1 seat fit! 👌@LiamLawson30 getting comfy in preparation for his young driver test with us in Abu Dhabi! 🤙 pic.twitter.com/OrVX9T0yAb

Mechanic: Andy Stevenson, the most exciting job in F1 (Speedcafe)

"'The first days with Eddie were quite strange, because he wanted to test me out,' Stevenson recounted, who was told during his interview 'I don’t like this guy, I don’t want to see him here.'"

"Formula 1 and QuintEvents have announced a multi-year extension to their official partnership, F1 Experiences, offering unique and exclusive fan package experiences and trackside hospitality. The successful F1 Experiences programme will continue with innovative offerings for fans, as crowds return to grandstands following the COVID-19 pandemic."

Waste not, want not - kids lead the race against climate change (Virgin Racing)

"The 1:1 scale replica Formula E car has been made from 100kg of plastic litter collected by Kids Against Plastic and the school litter picks to highlight the role of plastic reduction in the race against climate change. Taking more than 700 hours, the replica has been created by British design studio Lazerian."

"Reigle: 'At COP26 we will demonstrate the benefits of adopting cleaner forms of transport to tackle air pollution and climate change in the world’s cities. Motorsport has a crucial role to play in accelerating technological developments that can be transferred to everyday use and serves as a powerful platform to showcase innovative transport solutions to live sustainable lifestyles.'"

Does the rapid success of Alex Palou in IndyCar reflect poorly on the series’ pool of talent?

I think it depends on your perception. It may ‘look’ bad to some, but I’d say it looks worse for IndyCar than it is.

On balance, you’d have to say the driver pool is deeper in F1 right now, up and down the grid. Hamilton and Verstappen are generational talents and veterans with years of experience; and at the back, even a Mazepin is streets ahead of a Dalton Kellett. But that’s how F1 should be, considering it’s the most prestigious, expensive, and lucrative series.

So I don’t feel that Palou or Ericsson’s success reflect particularly poorly on IndyCar at all. Palou consistently outperformed his team mates and mediocre equipment in junior formulae.

In Super Formula, his first season in a top-tier series, he was a mechanical failure away from winning the championship, which would have done one better than Pierre Gasly’s Super Formula campaign, and in lesser equipment than Gasly had. His raw qualifying pace was particularly impressive (three poles) — more so, at times, than his race pace — as was his domination in the wet at Fuji. To me, that looks like a very quick, talented driver whose results will only improve as he gains experience.

Is Palou now the equal of Hamilton or Verstappen? No, but neither is Gasly. So IndyCar is certainly not as deep as F1, but it’s deep enough to make a Felix Rosenqvist look deeply average when you compare his results in the 10 car against Palou’s, and against O’Ward in equal equipment.

As for Ericsson, he looked average against Leclerc, but so does Bottas against Hamilton, and Bottas still manages the occasional victory in his Mercedes. With Ericsson’s sponsors able to fund a seat at what is currently the top team in IndyCar, I’m not surprised to see him net a couple of wins, either.
@Markzastrow