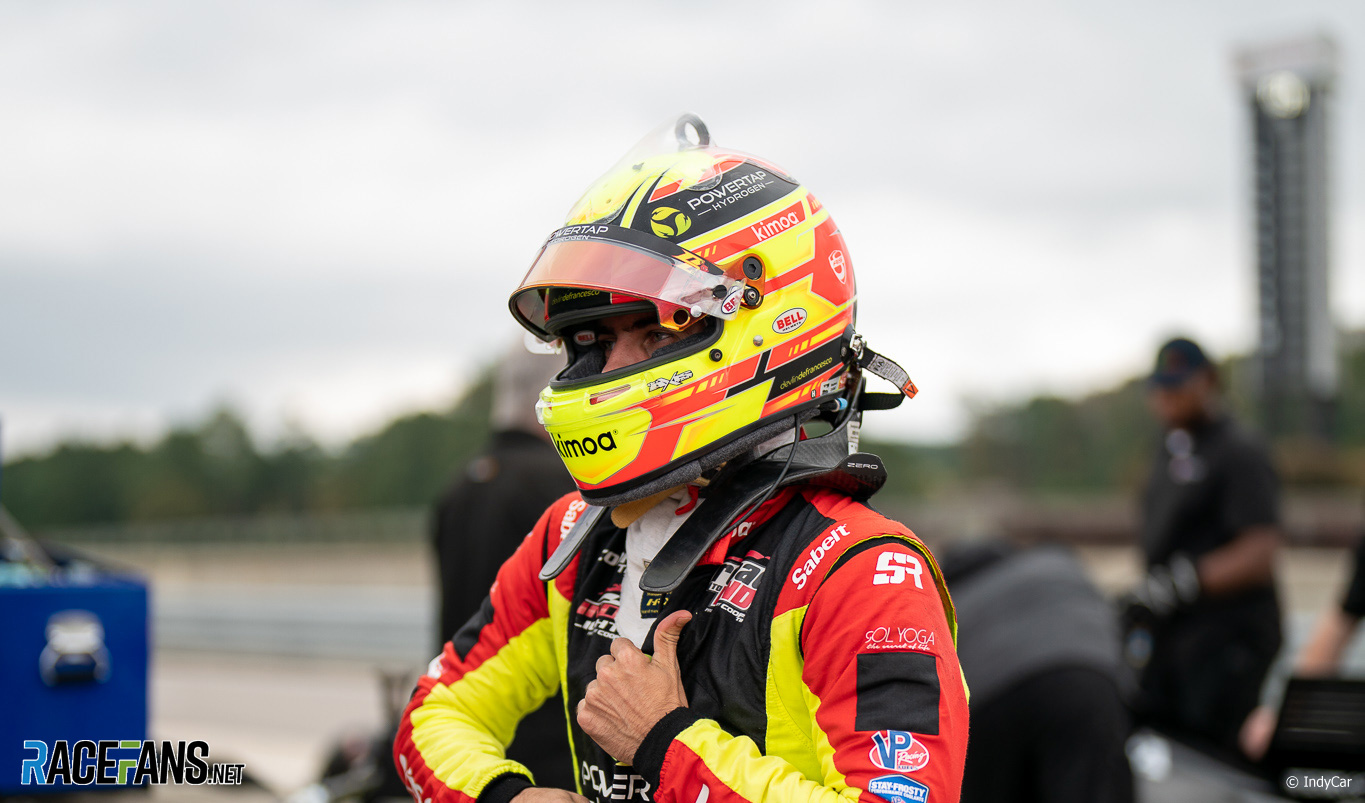 Devlin DeFrancesco will graduate to IndyCar next year with the Andretti-Steinbrenner team he raced for in Indy Lights this season.

The 21-year-old has driven for the team since moving from European competition to the Road to Indy programme in America.

“Two years ago, we started a journey with Devlin with the intent to one day take him all the way to the NTT IndyCar series and I’m thrilled that day has come,” said Steinbrenner Racing CEO George Steinbrenner IV.

DeFrancesco recently completed a test programme for the team, whose number 29 car he will drive next year. “From Indy Pro 2000 to Indy Lights and now to IndyCar, he really impressed with his two initial days in an Indy car and we’re excited to see him in action in 2022,” Steinbrenner added.

After finishing second in Indy Pro 2000 last year, DeFrancesco took sixth in his first Indy Lights campaign, in a season contested by nine full-time drivers. He will join Colton Herta, Alexander Rossi and neecomer Romain Grosjean in Andretti’s four-car line-up for next year.

“To take that final step into IndyCar with two of the world’s biggest names in sports – Andretti and Steinbrenner – is an incredible opportunity that I can’t wait to take full advantage of,” he said. “I have three very experienced team mates to learn from and that is what makes this opportunity even more exciting.”