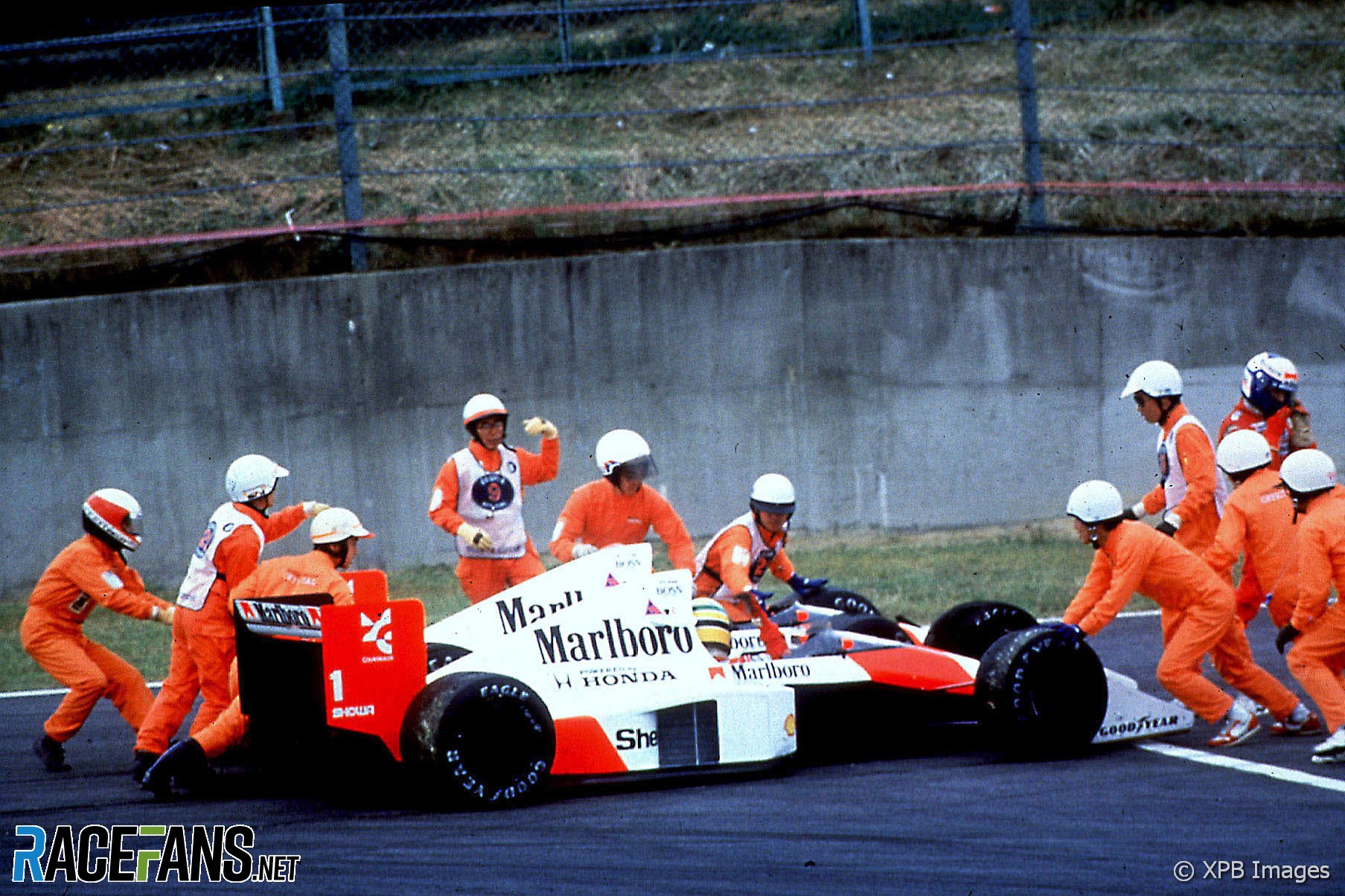 Lewis Hamilton said he will not risk a repeat of the controversial collisions which have decided past Formula 1 championship fights in his battle with Max Verstappen.

Hamilton’s Mercedes team principal Toto Wolff was quoted earlier this week predicting the pair could clash in the way past title contenders have. The pair have tangled twice already this year at Silverstone and Monza.

“If it was to come to the scenario of the last race in Abu Dhabi and they were to be racing each other for the title, whoever is in front is absolutely going to try to do the same as in the Senna-Prost years,” Wolff told the Daily Mail.

Wolff suggested Verstappen intentionally triggered the collision between the pair at the Italian Grand Prix.

“What happened in Monza? Verstappen took Lewis out because he was about to overtake and he was quicker,” he said. “And that is totally understandable.

“If you are racing for the championship and you see it fading away because the other guy is overtaking you, what tool have you got other than the one that makes sure he can’t overtake? We’ve seen it with Schumacher and Villeneuve, we saw it with Senna and Prost twice.”

Hamilton, who trails Verstappen by 12 points heading into this weekend’s race, insisted he would not deliberately cause a collision with his rival. “I haven’t read what Toto said but I highly doubt that he would insinuate that would ever be the case,” he said.

“You know how I’ve won my championships in the past, I always want to win it the right way,” Hamilton added. “If you’re going to lose it, you lose it the right way also, with dignity and and knowing that you’ve given it your all and you’ve done things the right way and you worked as hard as you could.

“All you can do is give it your all and work as hard as you can with the team. If it doesn’t work out, then you live to fight another day.”