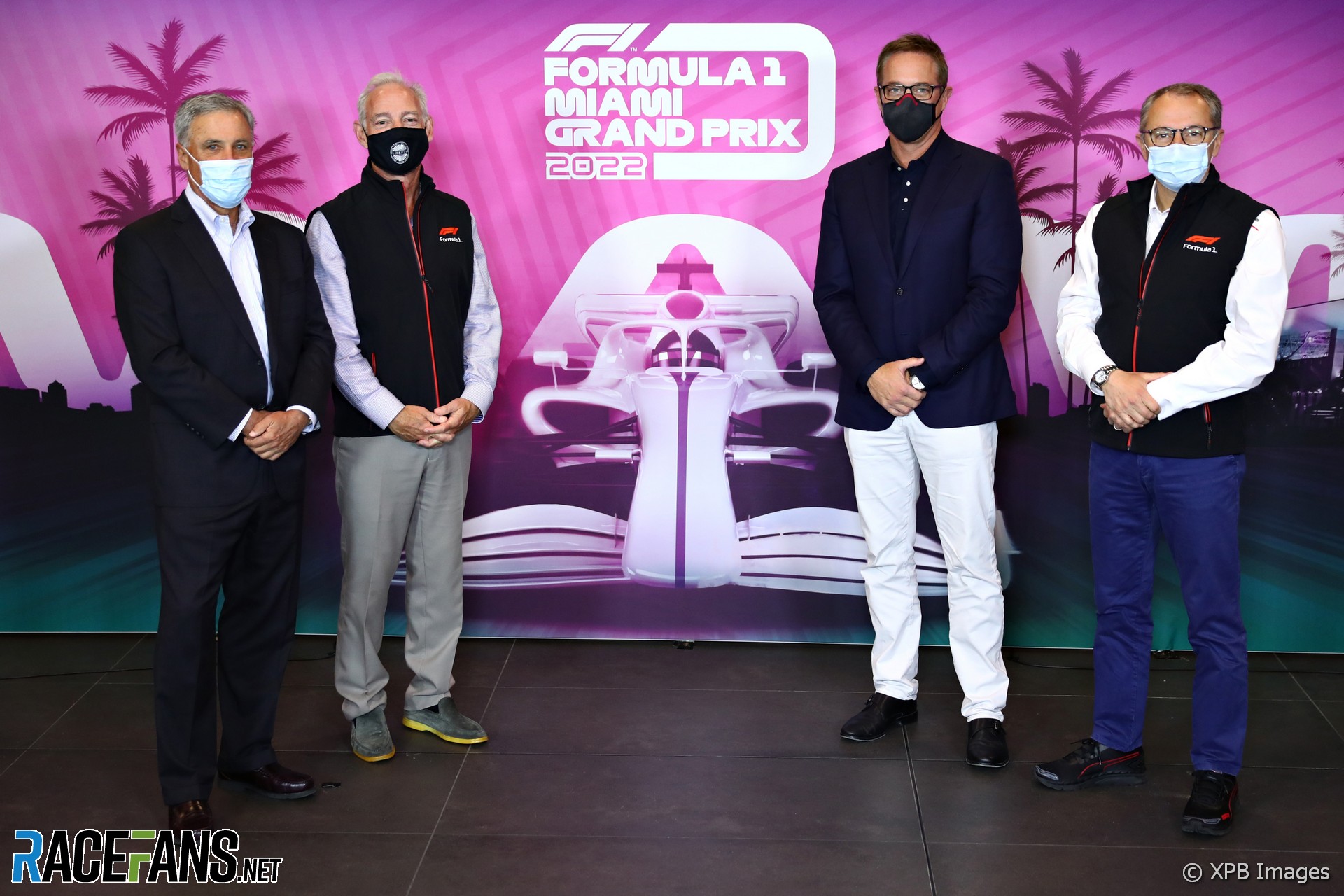 Tickets for the second US race on the 2022 F1 calendar went on sale last week. The event will take place at the Miami International Autodrome at the Hard Rock Stadium in Miami Gardens on May 8th.

“275,000 people pre-registered to purchase tickets as compared to a planned capacity of around 80,000,” he said. “1,800 people have placed a $5,000 deposit for luxury hospitality. Paddock Club and suites sold out the available inventory on the first day. We’ve also sold through the available grandstand tickets in the first day.”

F1 is enjoying strong growth in popularity in the USA. Maffei claimed “an F1 attendance record over the race weekend” in Austin including an unusually high number of first-time visitors.

“Of the 400,000 people that showed up in Austin, almost 70% were attending their first grand prix,” said Maffei. “Usually, this figure is more like in the mid-thirties.”

“Recently released results of F1’s fan survey [show] our demographic is skewing younger,” he added, “something few other sports can claim.”

The rising popularity of F1 is allowing the series to strike more lucrative deals with promoters, according to Maffei.

“The strength of the sport in terms of the demand and the audience helps us in many ways,” he said. “We’ve seen new cities want to enter like Qatar. We’ve seen increased performance and increased success of existing promoters, for example Austin adding extra seating.

“All of those allow us, frankly, both sides of that allow us to get a better deal and to do better both with the new partners and with the existing partners. So all to the good on the promotion side.”