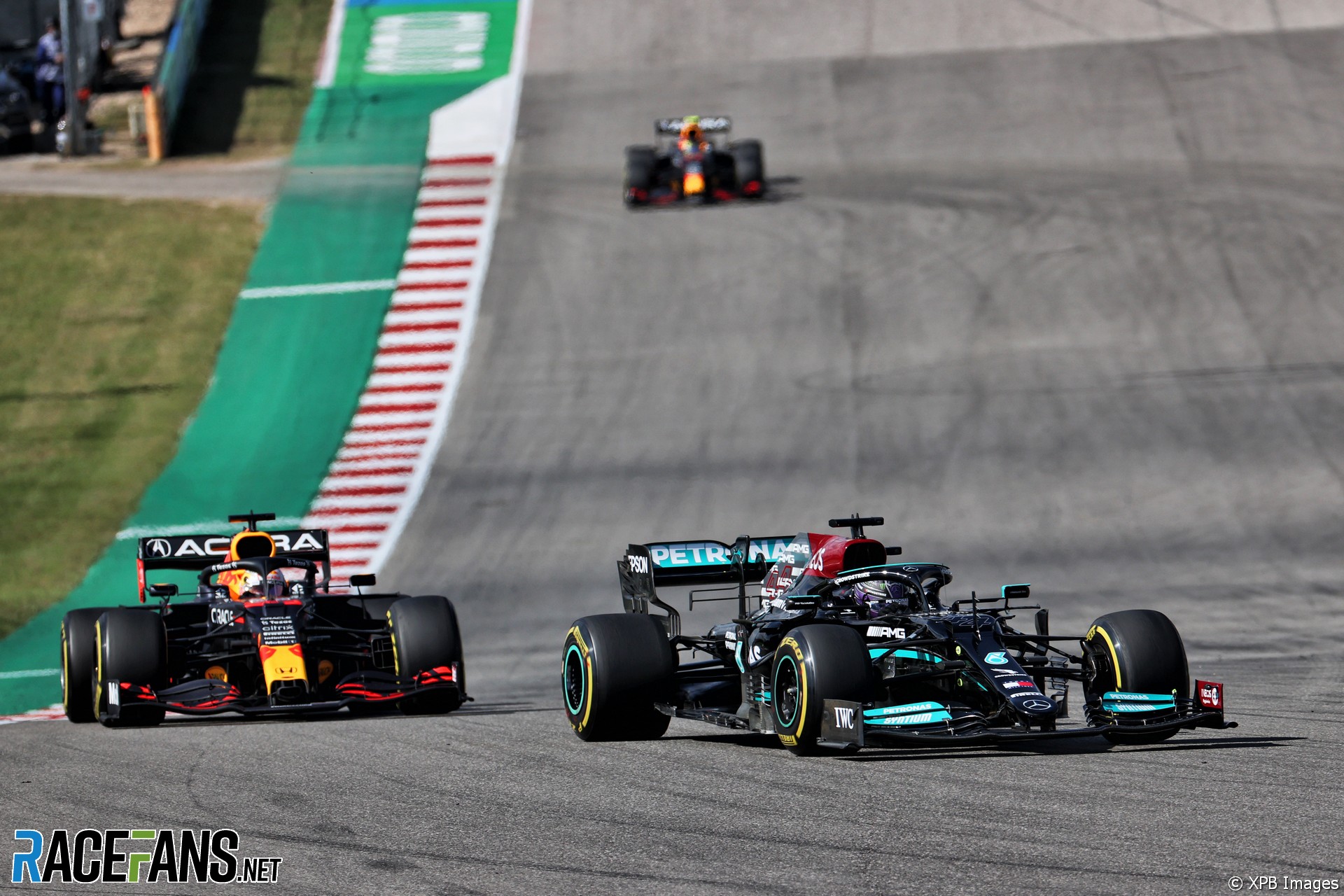 Formula 1 drivers should remember the sport is being watched by children and not insult their rivals on the radio, says Lewis Hamilton.

Hamilton was called a “stupid idiot” by championship rival Max Verstappen following a run-in between the pair during practice for the last race in Austin. The Red Bull driver also raised a middle finger at his rival.

The Mercedes driver said drivers should show respect for each other and remember they are being watched by young people who regard them as role models.

“I think at the core of everything there has to be respect,” said Hamilton. “When I think about and I hear the things that come out of drivers’ mouths I do think about young kids watching us.

“There are kids watching us and they’re looking at us for inspiration and for guidance. There has been a lot of things that have been said which is definitely not good for young kids that are watching.”

Hamilton said he has bitten his tongue when he has felt the urge to criticise a rival on his radio.

“For me, I try to just remain positive and keep calm and again be respectful to the drivers I’m fighting regardless. If I have a name in my head of what I think they are, I don’t share that.

“But it’s pretty easy for me, you laugh it off and you move forwards.”