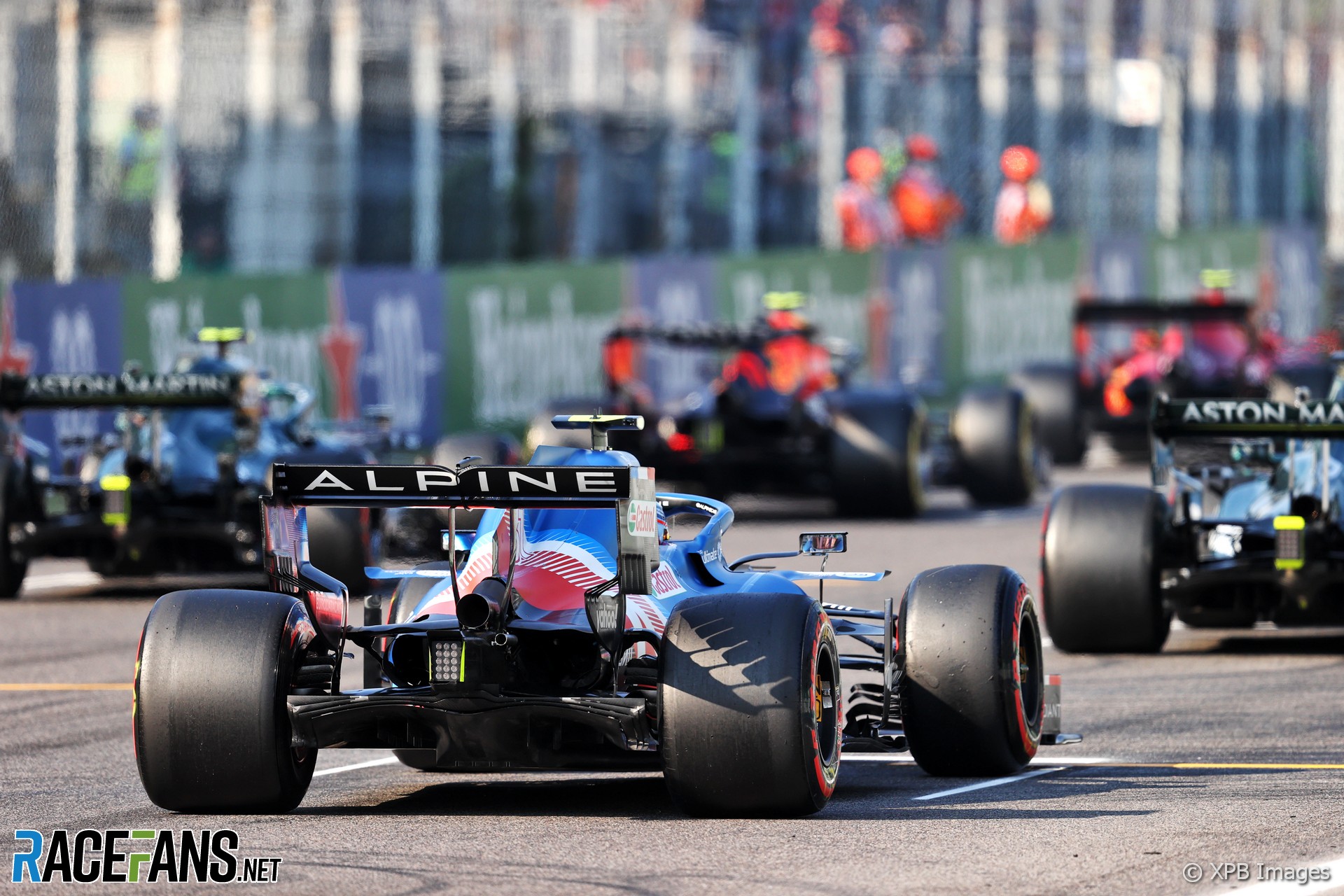 The planned change has other challenging implications F1 needs to address.

Following the trial of three sprint events this year, six more are planned for the 2022 F1 season. But their exact format remains under discussion and subject to approval.

Following negative feedback from drivers and fans, F1 intends to end the practice of using ‘sprint qualifying’ to set the grid for the grand prix. Regular qualifying sessions will be used, as at other rounds of the championship.

The short Saturday races will therefore become stand-alone events. But F1 realises that if these races are no longer being used to determine the grid, teams need a further incentive to participate.

As it stands, only the top three finishers in sprint events score points. This may have to be extended, as F1’s motorsport director Ross Brawn acknowledged earlier this week.

“At the moment setting the qualifying for Sunday means every position in the sprint is relevant,” he said. “So if you let a position slide in the sprint on a Saturday then you’re going to start one place further back. So there’s an incentive from the front to the back.”

Ensuring all drivers have a reason to compete in a sprint race is more complicated than it may appear. In a grand prix, non-scoring finishes outside the top 10 still count towards championship placings.

This is why, for example, Mick Schumacher leads Robert Kubica and Nikita Mazepin in the standings, despite none having scored any points. While lower-order positions in the drivers championship may seem unimportant, the same detail applies to the constructors’ championship, and finishes outside the top 10 in the past have determined which team receives millions of pounds in prize money.

But ascribing a value to finishes outside the top 10 in a sprint race the same way will be difficult. For example, it would be unfair to give 11th place in a grand prix equal weight in the championship to 11th place in a one-third distance sprint race.

This is one of the problems Brawn and his team are now grappling with. “If you have a stand-alone race on a Saturday with points for the top 10, what’s the incentive for the bottom 10?” he said.

Failing to reward those who finish in the bottom half of the field in a stand-alone sprint race, or giving too low a reward, will result in teams parking their cars instead of competing.

“In the real race there is some incentive because finishing orders could count towards championship positions,” said Brawn. “So how would you deal with a sprint where only the top six or eight or 10 get a reward? Because the bottom 10, after a while, would decide this isn’t worth doing.”

Brawn admits F1 doesn’t have a solution in mind for this problem yet, and one may be hard to come by.

“There’s quite a lot of consideration to be put into how you would configure a stand-alone race and not cannibalise the main race, but also make it a race worth having. And I think we’re some way from really being able to conclude or decide what that should be or if it should even happen.”

That would leave a grand prix win grossly under-valued. What could it be increased to? Brawn has previously indicated he believes sprint race points should be proportional to those scored in a grand prix, which is three times the distance. Therefore, a grand prix win would have be valued at no less than 57 points, more than twice what they are now.

Alternatively, F1 could introduce a flatter points system for the sprint races, offering the same number of points for multiple positions, and bring the value of a win down to around a third of a current grand prix victory (8.3 points). Either option would be a significant departure, and F1’s third change to its points system in four years.

Other significant questions about the proposed sprint race format remain unanswered. Notably, how would the grid for this race be set?

Brawn remains “quite excited” by the possibility of using a reverse grid but F1’s recent fan survey indicated the idea is disastrously unpopular: 68% of fans opposed it. “I think it would be perhaps a step too far,” Brawn conceded.

By separating the result of the sprint race from the grid for Sunday’s grand prix, F1 also has the opportunity to change the order of events during the weekend. Qualifying at sprint events could move to Saturday, bringing the benefit of consistency with all other rounds of the championship, and the sprint race take place on Friday.

“That’s an option, albeit not one that we’d considered,” said Brawn when the possibility was put to him. “But certainly one that, if it was stand-alone and you didn’t have the sequencing, then theoretically that would be possible.

“We’d look at how that will all join together but definitely if it’s a stand-alone event there’s no reason why it couldn’t.”

Another consequence of increasing the number of sprint races and awarding more points for them is a higher chance that the world championship would not be decided during a grand prix. This is a possibility Brawn is prepared to accept.

“We’d all love a cliff-hanger last race of the season,” he said. “Maybe we’ll get one this year, which would be fantastic.

“But if a driver could win the championship on a Saturday with a sprint and somebody needed to stop him then that would be a pretty exciting aspect to it. It could certainly bring a new nuance to it.

“We’d all like to see the championship won on the last Sunday of the season. But it doesn’t very often happen. So I think it will have a general impact on the races we choose, but we won’t be pushing the last event so far forward that it couldn’t possibly happen.”

Brawn may not be concerned by that possibility but FIA president Jean Todt may well be. Todt is not a fan of the sprint format, objects to it being described as a race and is concerned with preserving the ‘image and credibility of the championship’. A title being decided on a Saturday – or even a Friday – surely wouldn’t fit with that.

But Todt’s final term as FIA president will end before the 2022 season begins. Perhaps Brawn is banking on his successor being more willing to accept the kind of radical changes F1’s plans for its sprint format appear to be pointing towards.