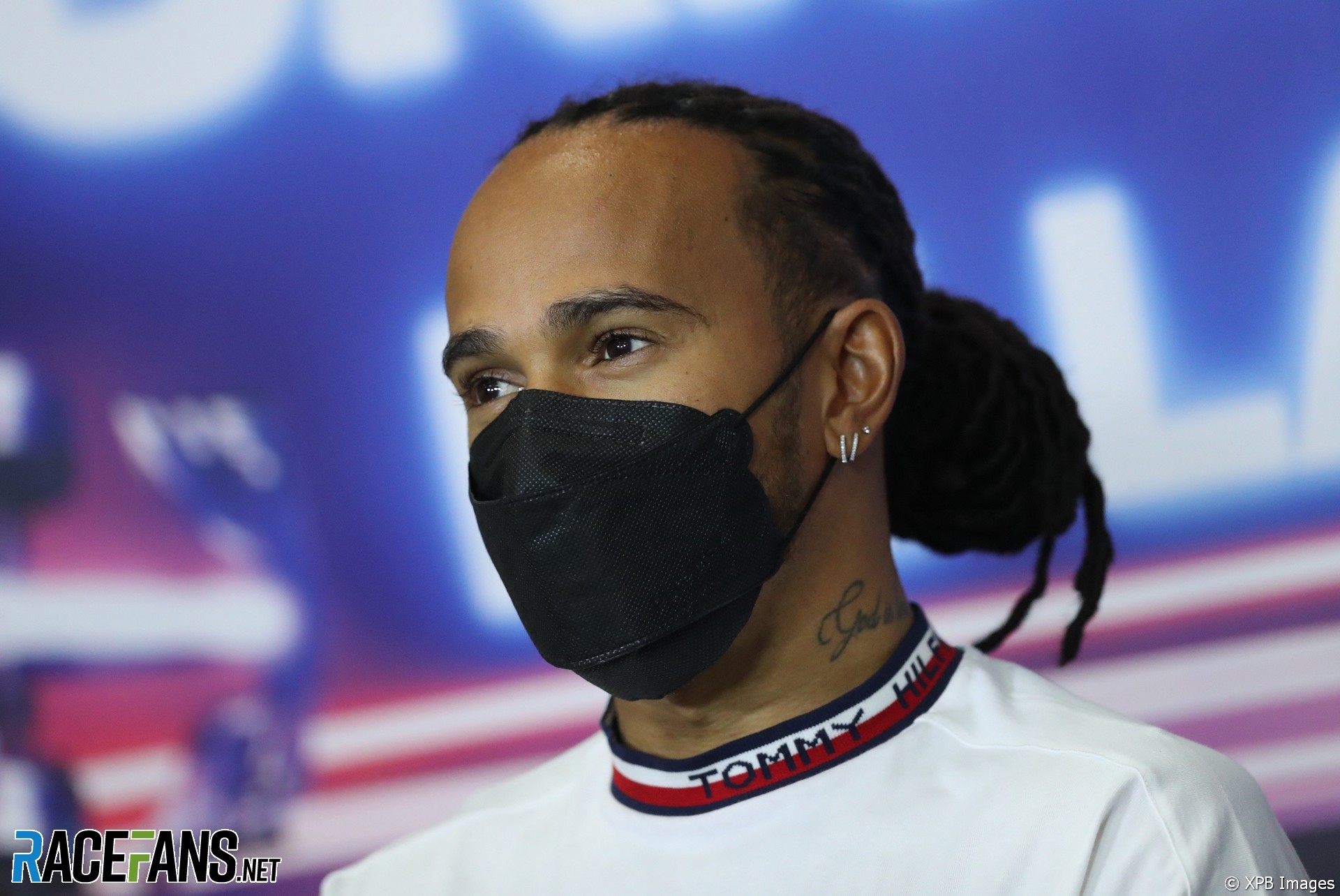 F1’s Covid-19 protocols may need to be revised to avoid a rise in infections as countries loosen their pandemic restrictions, says Lewis Hamilton.

The Mercedes driver, who missed last year’s Sakhir Grand Prix after contracting the virus, believes “most people that are not in this sport, most people aren’t taking it seriously.”

Hamilton is 12 points behind championship leader Max Verstappen with five races remaining. For an F1 driver, the implications of being unable to compete due to illness are higher than for some other sportspeople, Hamilton pointed out.

“I’ve seen footballers just recently that didn’t care, I read that they didn’t really put too much focus on it,” he explained. “And if they miss a game, it doesn’t make a huge difference. It’s a bit different here.”

The loosening of some paddock restrictions and an increase in the number of fans attending races may lead F1 to rethink its procedures, said Hamilton. “We’re allowing fans coming in that aren’t tested and also now I think all the photographers are coming in.

“So I know it’s opening it up more, but I anticipate they’ll need to make some changes soon because it’s a tough bubble to keep.”

The Mercedes driver said he is not yet taking additional precautions but is continuing to limit the number of people he comes into contact with and events he attends.

“It’s the same as it has generally been through the year,” he explained. “I’ve been to two events this year. Both have everyone’s vaccinated and everyone’s PCR tested before they go. But even so I try to be keep my distance from everyone when I’m in those those rooms.

Otherwise, his protocols amounted to “trying to keep everyone around me tested consistently” and “keeping the group that’s around me very small.

“It’s only Angela [Cullen, his physiotherapist] and Timmy [McGurr, photographer] that I generally have with me most of the time. And then trying to emphasise to them just how at risk we are in the world still today.”

The pandemic has infected almost a quarter of a billion people worldwide and killed over five million. F1 is in its second of three races in countries which have suffered the greatest recorded losses of life due to Covid-19. The USA has seen 740,000 deaths – the most of any country – Mexico has had 280,000 (fourth-highest) and Brazil, scene of next week’s race, 600,000 (second).

Hamilton’s championship rival Max Verstappen said he isn’t worrying about the risk of being forced to sit out a round due to Covid-19.

“If I slide in the shower and I break my neck it’s the same story, isn’t it? If I go out in Monaco and I slip while walking and I break my leg, I mean, it’s also not great,” said the Red Bull driver.

“So I don’t really think about these things. I just keep on doing and living my life like have been in the last two years already, of course, with Covid.”

In the week leading up to the last round of the championship, the United States Grand Prix, a total of 6,014 tests for Covid-19 were performed of which 12 returned positive results. Six drivers on the grid have tested positive for Covid since the pandemic began last year, of which four had to miss races.

27 comments on “Hamilton urges F1 to stay vigilant against Covid: “Most people aren’t taking it seriously””