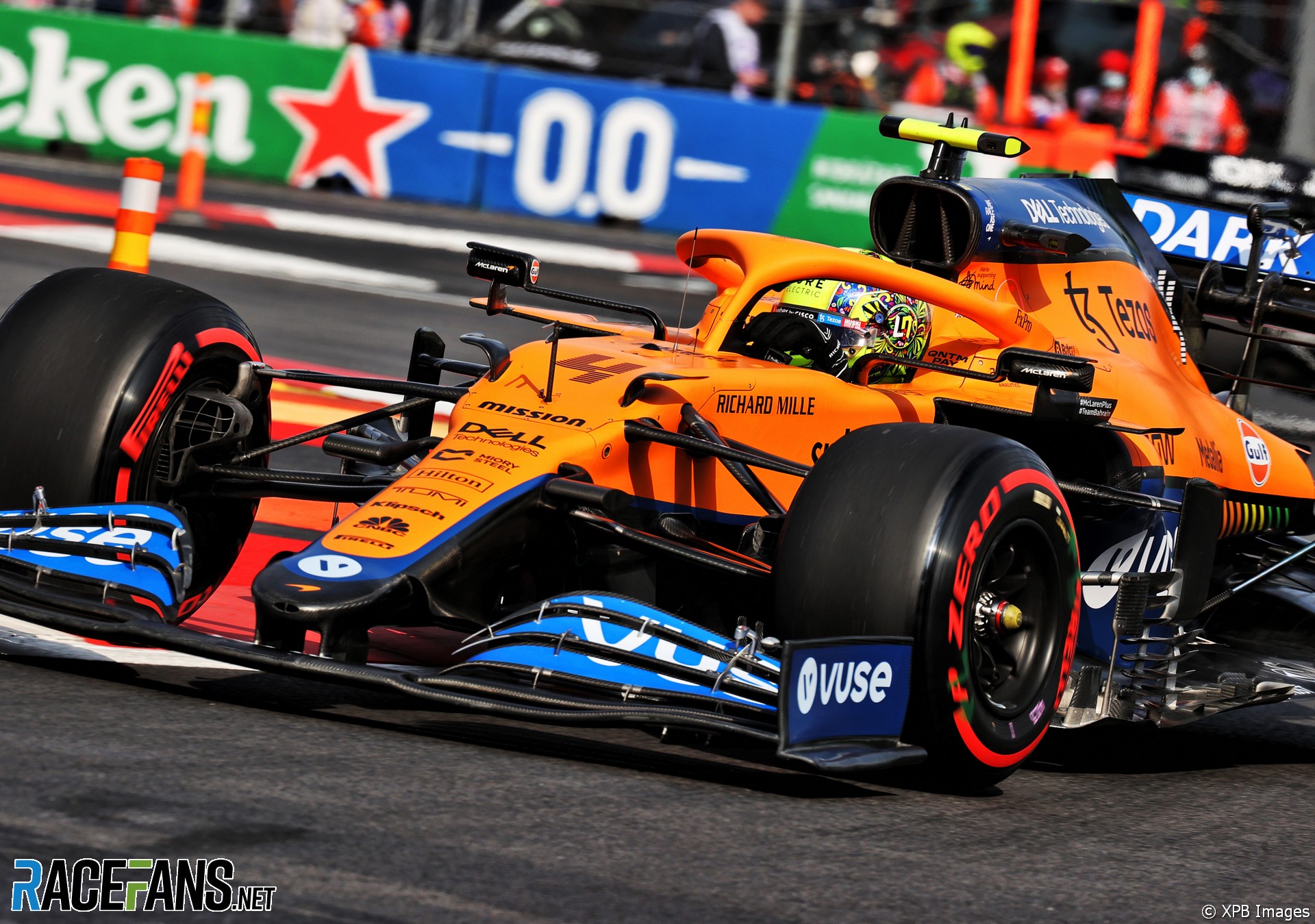 Lando Norris and Esteban Ocon will start this weekend’s Mexico City Grand Prix from the back of the grid, as they have also exceeded their allocation of power unit components.

The pair are having new power units fitted to their car for the 18th round of the season. Both were already at the limit for most elements.

The pair will take a new engine, turbo and MGU-H. Ocon will also have a new MGU-K, control electronics, energy story and exhaust.

They will join Lance Stroll and Yuki Tsunoda, who have also taken penalties, at the rear of the field for Sunday’s race.

Norris’ penalty means all eight Mercedes-powered drivers have now exceeded their allocation of parts. The manufacturer has been working to solve a reliability problem with its power units which has led Valtteri Bottas to use six engines this season, more than twice the maximum limit.

Four-fifths of the 20 drivers in the field have now exceeded their maximum allocation of power unit parts. Only Ferrari customers Haas and Alfa Romeo have avoided penalties so far.

Among those who have exceeded their allocations, some have done so due to accident damage, as was the case of Red Bull drivers Max Verstappen and Sergio Perez.

Both Alfa Romeo and Haas drivers will have new exhausts this weekend but have not exceeded their allocations.

The stewards have also confirmed a five-place grid penalty for George Russell, who has changed his gearbox before his previous unit had completed six consecutive events as required.