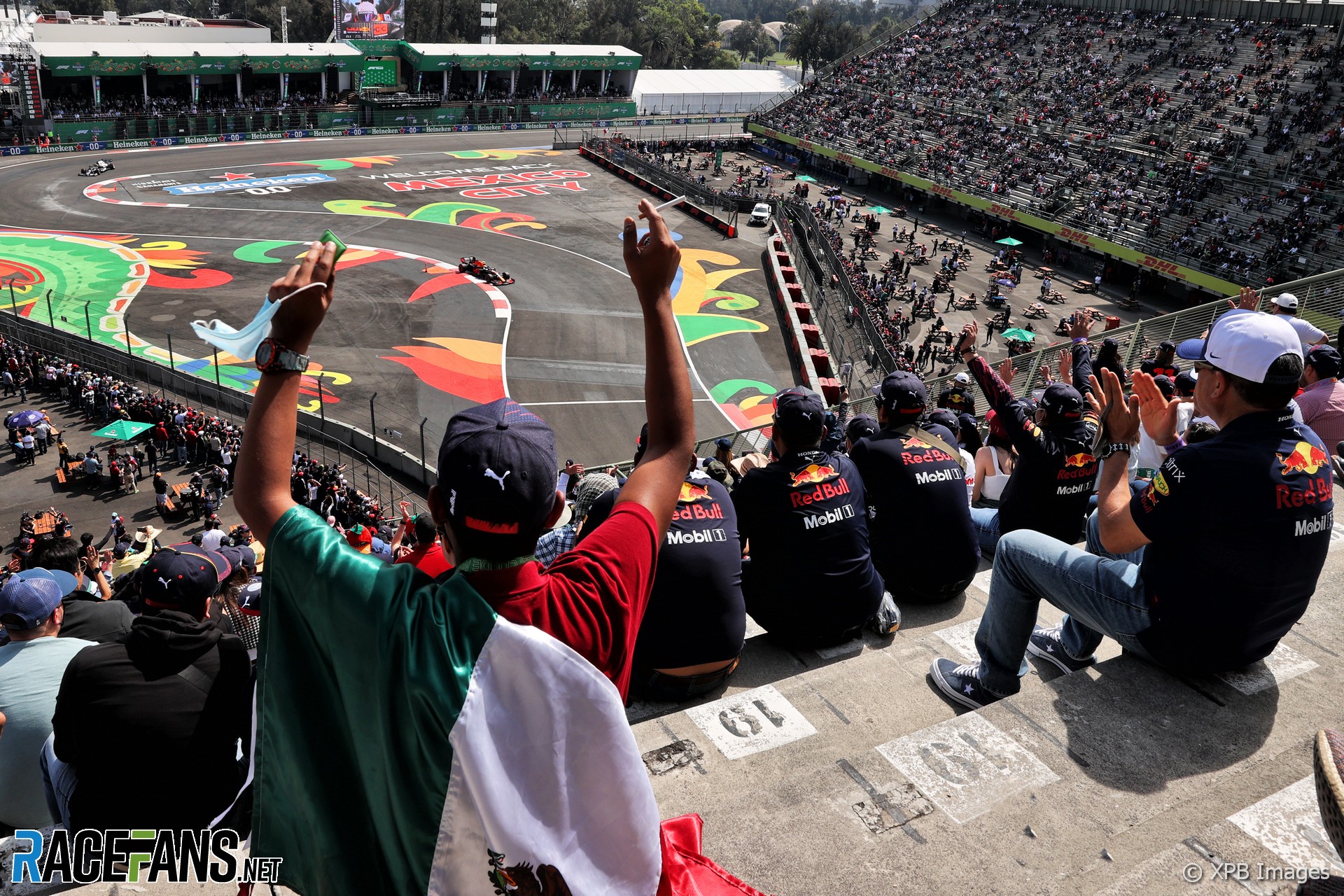 In 2019 Alejandro Soberon was happy: Although the newly-elected Mexican government had pulled the plug on the country’s grand prix funding, the Mexican Grand Prix promoter and Mexico City mayor Claudia Sheinbaum managed to save the event by founding a grand prix trust fund – as revealed here in 2019 – to which concerned commercial entities and high-net-worth individuals who value the benefits of the event could contribute.

This fund underwrites shortfalls between revenues from sponsorship, ticket sales and miscellaneous income streams, and the costs of staging an event, which are primarily hosting fees and promoter costs. With hosting fees currently around $35m (plus a 5% escalator per year), CIE, the listed promotions company which promotes the event and of which Soberon is president, needs to sell around 120,000 three-day tickets to break even.

Still, they inked a three-year deal, starting in 2020. They hoped the national government would, in the interim, have a rethink, resulting in full or partial funding from 2024 or even earlier.

Then came the pandemic and the cancellation of the 2020 race – the first under the arrangement – due to the uncertainty of trans-Atlantic travel, plus there were no guarantees the country would admit foreigners.

Thus, the first trust-funded race is this year’s edition, with the 2022 race still marking the end of the contract – effectively making it a two-year deal. Then what? The next round of elections happen at the end of 2024, and there are no indications whether whichever government proves to be successful will support the race.

Meanwhile, competition for F1 races is heating up and hosting fees increasing. This year’s race is a sell-out race – Soberon says they shifted 120,000 three days passes and could easily have sold an incremental 10% of that had space been available, substantiated by the sight of packed stands on Saturday. But it may prove a double-edged sword: while it bodes well for CIE’s coffers, F1 can hear the cash registers ringing out across the Atlantic.

In addition, where Mexico’s race – added to the calendar in 2015 – took the tally of North American legs to three, next F1 adds Miami to the schedule with rumours of a race in Las Vegas, situated three-and-a-bit hours away by air, fast gathering pace. Are these good or bad developments for CIE?

“We all need to work out and figure out which is the best sustainable business model for the future, but I can’t imagine that when you have the ability to sell 350,000 tickets, [F1] doesn’t want to go to that market.”

Then, in an apparent sideswipe to the big payers he adds: “Maybe you doubt [the viability] if there’s a market in which you sell 20% of the tickets [available], but there’s other strategic reasons to go there – maybe one of the reasons is that the money is good…”

As in 2019, following the first season of Drive to Survive, Soberon credits the Netflix series with boosting F1’s popularity – particularly amongst new and female fans. He does not discount the Sergio Perez factor at home and suggests the Hispanic connection was also responsible for around 30% of ticket sales at Circuit of the Americas two weeks ago. “Bobby [Epstein, COTA chairman] has a local driver,” he smiles.

Soberon, a long-time music impresario who sold off shares in CIE’s ticketing division to Live Nation, a subsidiary of F1 owners Liberty Media, is openly sceptical about the rumoured race in Cancun. The potential rival host for Mexico’s race is said to be in the early planning stages by a consortium including Perez’s father Antonio Perez Garibay, a local state-level politician.

Although the Autodromo Hermanos Rodriguez is situated in a public park and owned by Mexico City itself, CIE holds a long-term lease over the paddock area, the stadium section and the track. It regularly stages national level events and track days. Updates as required by F1 are, though, covered by CIE.

Soberon believes the grand prix’s momentum and local enthusiasm for F1 are such that it will survive Perez’s eventual retirement. He points out only 5% of 2020 ticket holders requested refunds for the cancelled race while 40% of sales were outside of Mexico City, including to countries in the northern Latin American region despite fierce competition from Sao Paulo’s race, effectively twinned with Mexico.

Considering the race was cancelled before both Perez’s breakthrough victory in Bahrain last November and his move to Red Bull, Soberon has a valid point.

Clearly, then, Mexico’s grand prix faces numerous medium-to-long-term challenges: private funding, a local hero now in his thirties and no immediate Mexican successor (although IndyCar star Pato O’Ward (22) will shortly undergo rookie testing for McLaren) – an expiring contract, rising hosting fees, jostling for calendar slots, increasing competition from north of the border and internecine competition from a project in Cancun.

On the flipside, Perez is only the country’s second grand prix winner – and a double victor at that, equalling Pedro Rodriguez’s record – while Soberon enjoys the wholehearted support of the influential and accomplished Sheinbaum, a graduate energy engineer and sustainability specialist who was part of the team that was awarded the 2017 Nobel Peace Prize for contributions to climate change.

Add in the undoubted entertainment expertise of Soberon and his team – the grand prix won F1’s best promoter award for five straight years from 2015-2019 but was not, of course, eligible last year – and the Mexican Grand Prix should harbour zero fears over its future, whether Las Vegas or Cancun materialise or not. It should, though, learn from the Checo factor and put its full promotional weight behind O’Ward.

4 comments on “Mexico’s F1 race has already been saved once: Now can it secure a long-term future?”