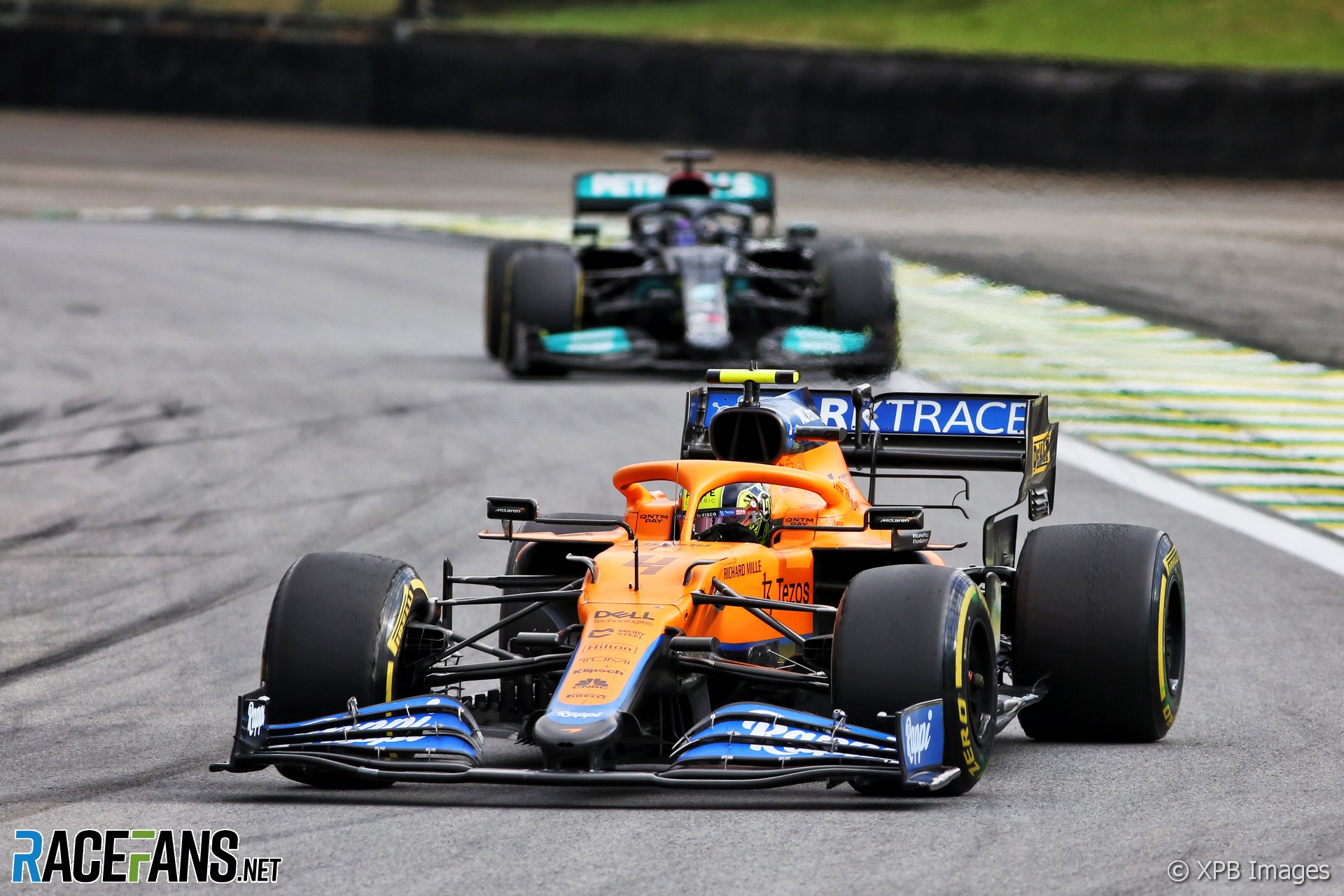 “I didn’t expect him to be able to come through quite as quickly as he did,” admitted Norris, who was the final car Hamilton overtook on his climb from last place in the race which set the grid for today’s grand prix.

Hamilton dived down the inside of Norris at turn one as the final lap began to claim fifth place. Norris suspects other drivers would also not have risked their own races to defend against Hamilton. “It depends, also some people probably know he’s just going to be coming through so they don’t even put up much of a fight.

“There’s no reason for me to put up much – I could have covered him a lot more. I could have braked much later than I did, but there was just no need, really because it’s going to be coming past within a couple of laps of getting him behind m. I think it just shows that their car is incredibly good and it’s very easy for him to do what he did.”

Ricciardo, who lost three places during sprint qualifying, one of which was to Hamilton said he “was definitely surprised with how early” the Mercedes caught him.

“I remember we’d just had a few laps and it was Alonso behind me and then Tom [Stallard, Ricciardo’s race engineer] said Hamilton’s probably going to pass Alonso this lap, he’s got his DRS. So that definitely caught me by surprise because of the rate at which he came through the field.

“Then I then saw at the end, he crossed the line in fifth, and when I got out the car, I saw the results and then I was surprised again. I didn’t think he would get that far up the grid, up the field in 24 laps. So that was surprising.”

Ricciardo said that “holding him off a few extra laps,” while Hamilton tried to overtake for tenth place was “the only positive that I’ll take” from sprint qualifying.

McLaren’s team principal, Andreas Seidl, however, said he “wasn’t surprised” by Hamilton’s progress. “If you saw the pace yesterday in qualifying, it’s not a surprise I would say.

“It’s a combination of sensational speed in his car and a great driver, and if you put these two together then it’s not a surprise that this combination goes through the field like that.”