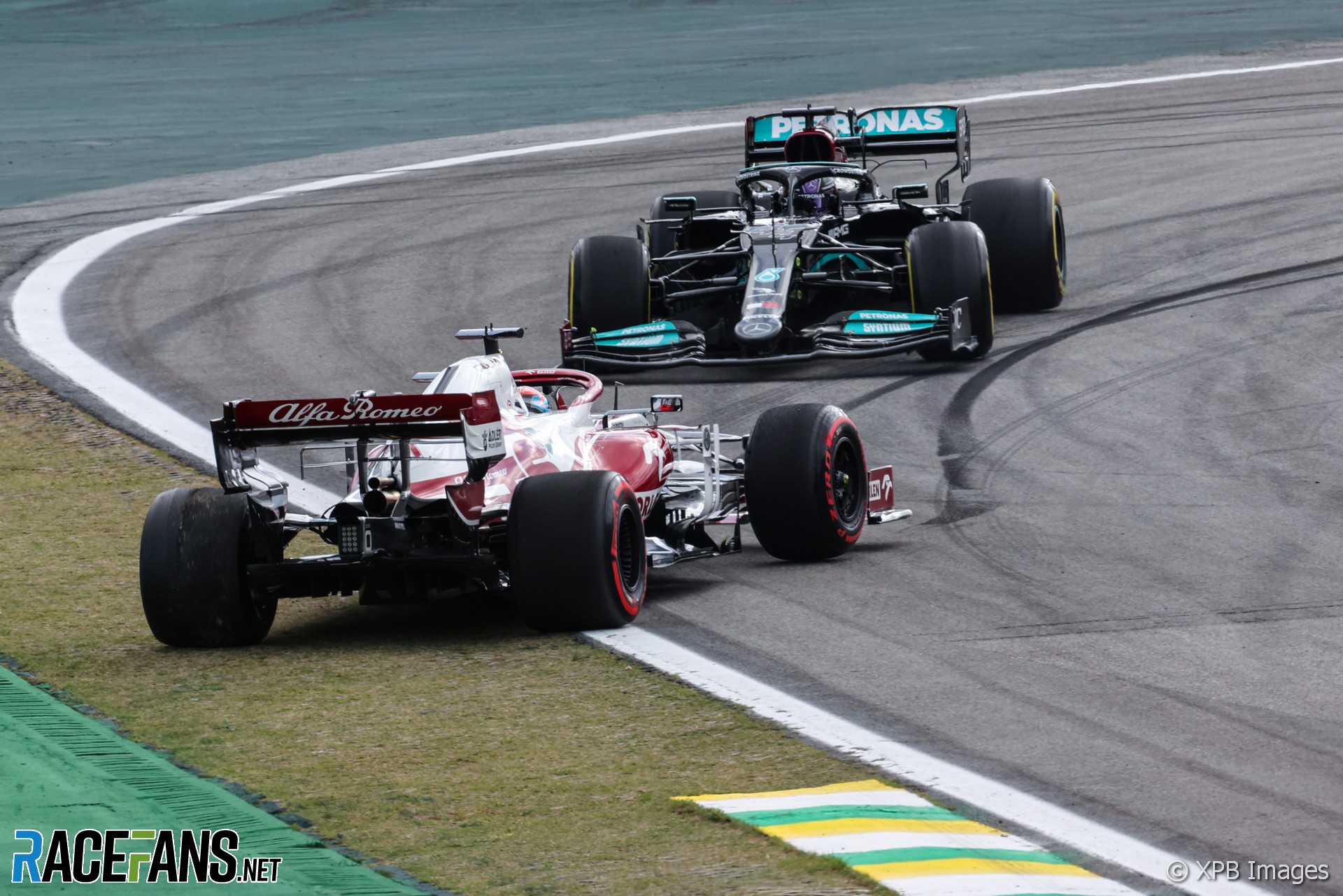 [raceweekendpromotion]Kimi Raikkonen will start the Sao Paulo Grand Prix from the pit lane, following a change to his rear wing under parc ferme conditions.

The Alfa Romeo driver started the sprint qualifying race 13th. However he fell to the back of the pack on lap two, after contact with his team mate Antonio Giovinazzi at turn one which resulted in Raikkonen being spun on track.

He finished the sprint 18th, ahead of only Mick Schumacher and Nikita Mazepin, while Giovinazzi crossed the line 13th. The two Haas drivers will move up to 18th and 19th on the grid respectively as a result of Raikkonen’s penalty.

Raikkonen said that the left-rear corner of his car had taken the brunt of the hit, although he was able to continue to the chequered flag.

He will now start the Sao Paulo Grand Prix from the pit lane, stewards confirmed, following a new rear wing being fitted to his car which was not the same specification as the one he had started Friday qualifying, second practice and the sprint with.

“The part has been replaced with the approval of the FIA technical delegate following a written request from the team concerned, this being in accordance with article 34.2 of the 2021 Formula One Sporting Regulations,” the stewards confirmed.