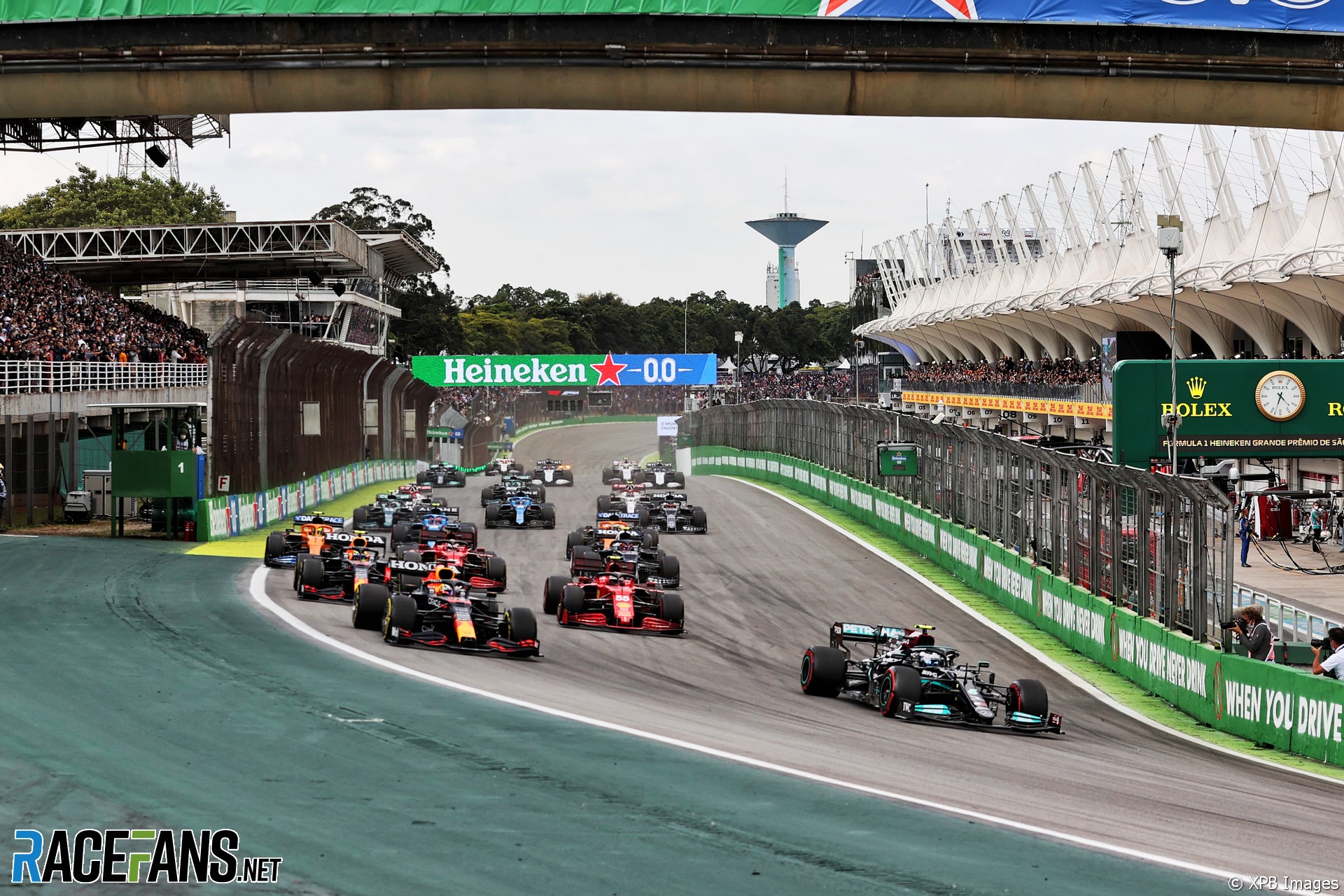 Hamilton lost his pole position for the short Saturday race when he was disqualified from Friday’s qualifying session due to a technical infringement. The Mercedes driver started last yesterday, but climbed to fifth place.

That means even though he has a five-place grid penalty for the grand prix due to exceeding his engine allocation, Hamilton will still start the race from the middle of the field instead of the back.

Brawn said Hamilton’s climb through the field was the highlight of the third and final sprint qualifying event being run this year.

“This sprint was the best one so far with plenty of action and a great crowd to witness it all,” he said. “The drama off the track created something fixating on it, with Lewis overtaking car after car.

“Without the sprint he would be at the back for the grid for tomorrow’s race but instead he has a real chance tomorrow stating from 10th.”

Valtteri Bottas won the sprint qualifying race after passing Max Verstappen, who inherited pole position from Hamilton, at the start. The Mercedes driver opted for softer tyres than his rival and made a quicker getaway.

“The freedom of choice for tyres, one of the rules for the sprint, also played a big part today with Bottas and Sainz using the softs to get away quickly and change the top three at the end and for the start of the race tomorrow,” Brawn acknowledged.

F1 intends to hold six sprint events next year, though the regulations are expected to be revised before then to address several criticisms of the format.

“We think the foundations are very strong for the sprint and will be presenting more details of our plans for six events in 2022 in the coming weeks in discussions with the FIA and the teams,” said Brawn.

“There are things we need to tweak but Brazil showed the sprint is a great addition to the weekend and has made Friday, Saturday and Sunday big moments that are exciting for all of us.”