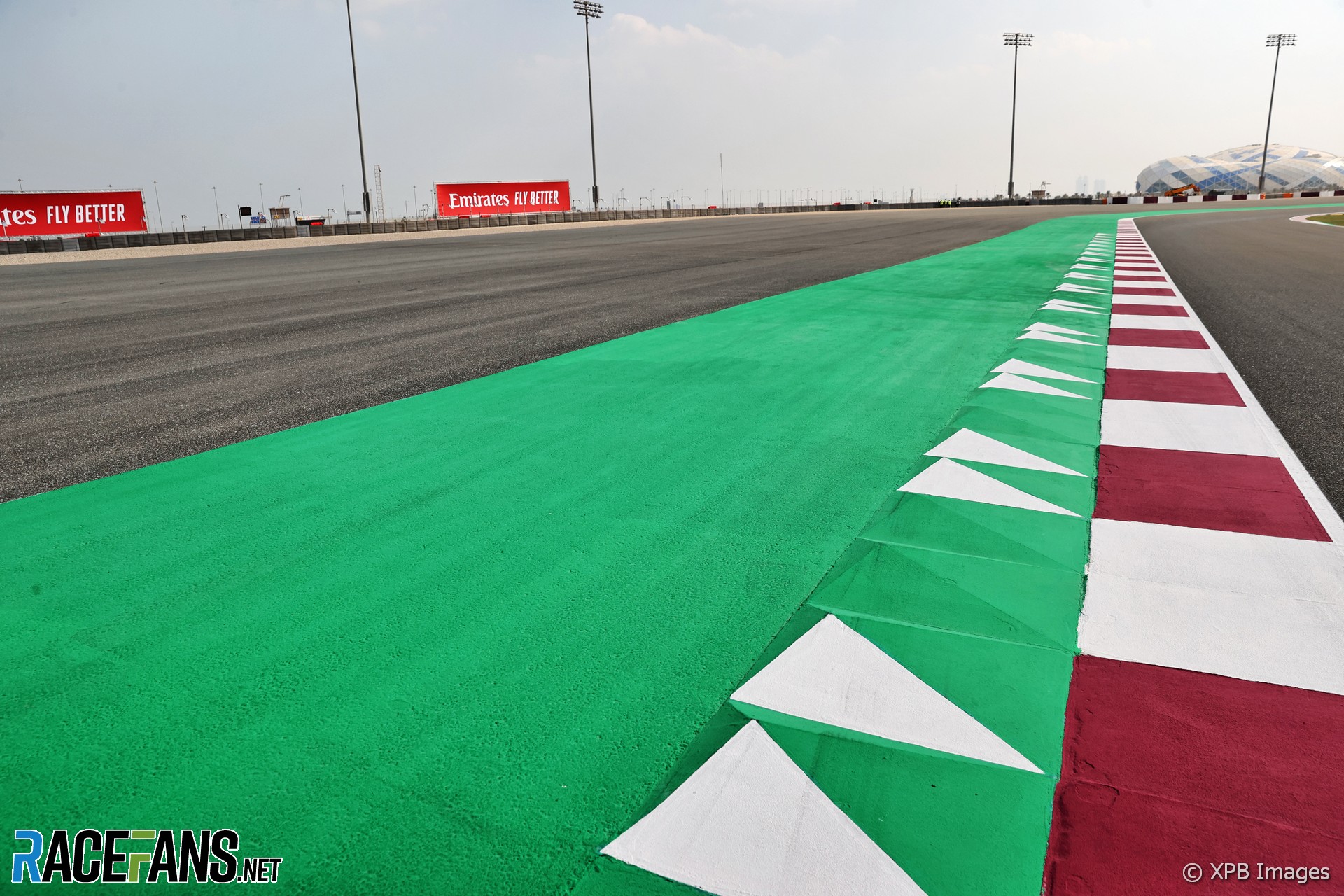 Formula 1 drivers have been told track limits will be policed at five corners on the Losail International Circuit this weekend.

The Qatar circuit is holding its first round of the world championship. Much of the track is bordered by flat kerbs and asphalt run-off, though some taller kerbs have been added in places to discourage drivers from running wide.

Nonetheless FIA F1 race director Michael Masi has already notified drivers of five points on the circuit where track limits will be imposed manually and lap times will be deleted if cars run wide at these locations. These are the exits of turns four, 12 (pictured), 13, 14 and the final corner on the 16-turn track.

During the race any driver who leaves the track three times at these corners, in any combination, will be shown the black-and-white flag. A further violation will lead to them being reported to the stewards, potentially resulting in a penalty.

A single DRS zone has been positioned on the pit straight. Drivers will be able to use DRS 200 metres after the final corner on the straight, which measures over a kilometre in length. The detection point is prior to the final corner, by the new pit lane entrance which was constructed for F1’s first race at the venues.