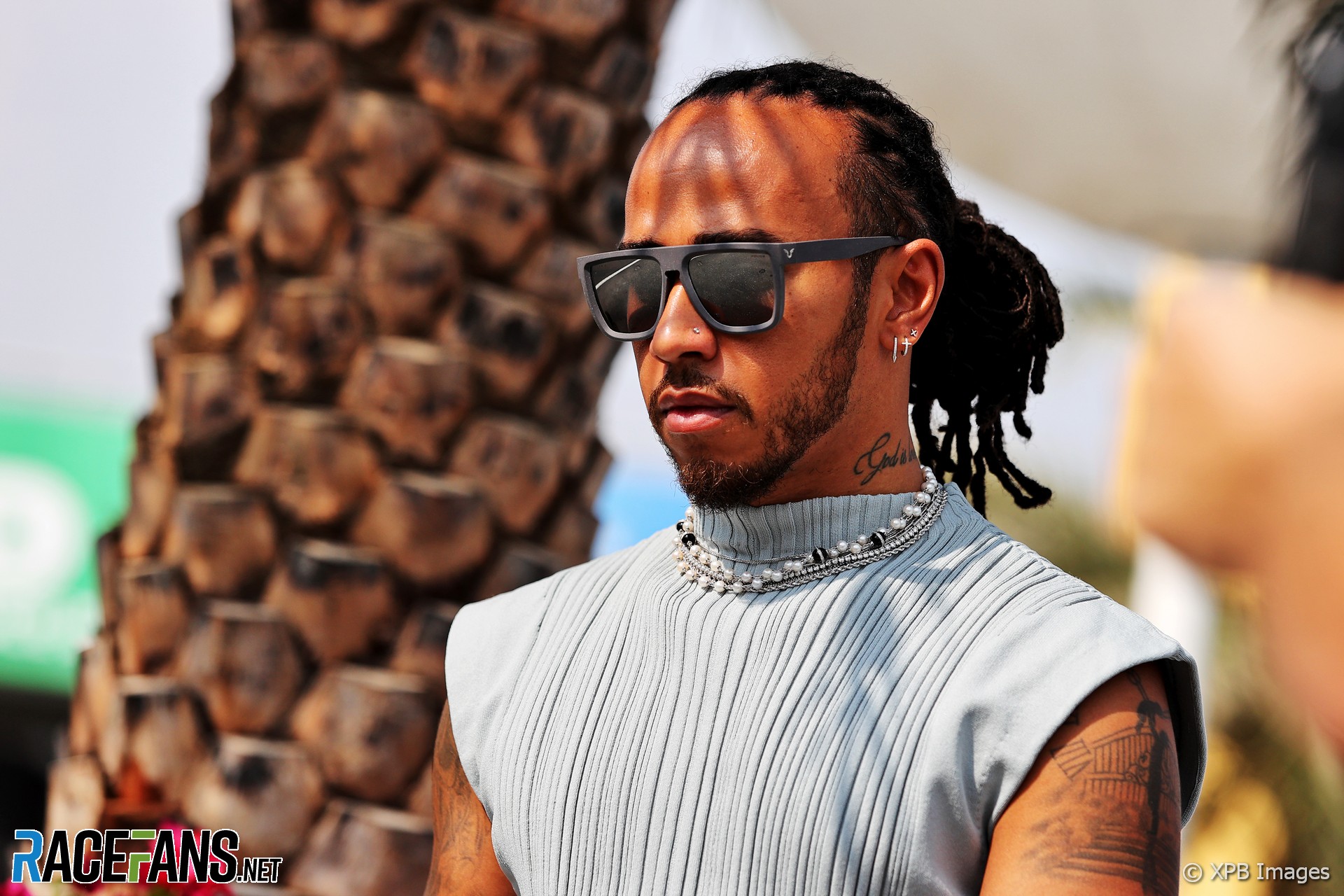 Lewis Hamilton supports Mercedes’ efforts to have the stewards investigate a contentious incident between him and Max Verstappen, but isn’t “giving any energy to it”.

The world champion’s team has asked the stewards to reconsider their decision not to investigate the incident, in which both drivers ran wide as Hamilton tried to overtake the Red Bull.

“I’ve not really been a part of it,” said Hamilton. “Of course I’m aware of it and I’m fully supportive of my team.

“But I’ve literally just tried to give all my energy to getting ready for this weekend and making sure that we arrive and hit the ground running and I have no idea where they’re going with the discussion or what could be the outcome. I’m just not giving it any energy at the time at all.”

Hamilton voiced no objection to the incident on the radio during the race, which he went on to win after successfully passing Verstappen for the lead. “That’s the mentality you have to take,” he explained.

“If you sit in the car in the moment and complain, it’ll only hold you back. So at the moment I just have to keep moving forwards. And also it’s difficult to judge on something that you’ve not seen all the angles.”

He indicated his view of the incident had changed after studying it. “Of course we looked at it and have a different viewpoint, naturally, now. But I’m just using my energy setting up the car and making sure that I’m in the right head space this weekend so I’m not really giving anything to it.”

Asked how he reflected on the incident Hamilton said: “I won. That’s how I reflect on it. It was a good weekend.”