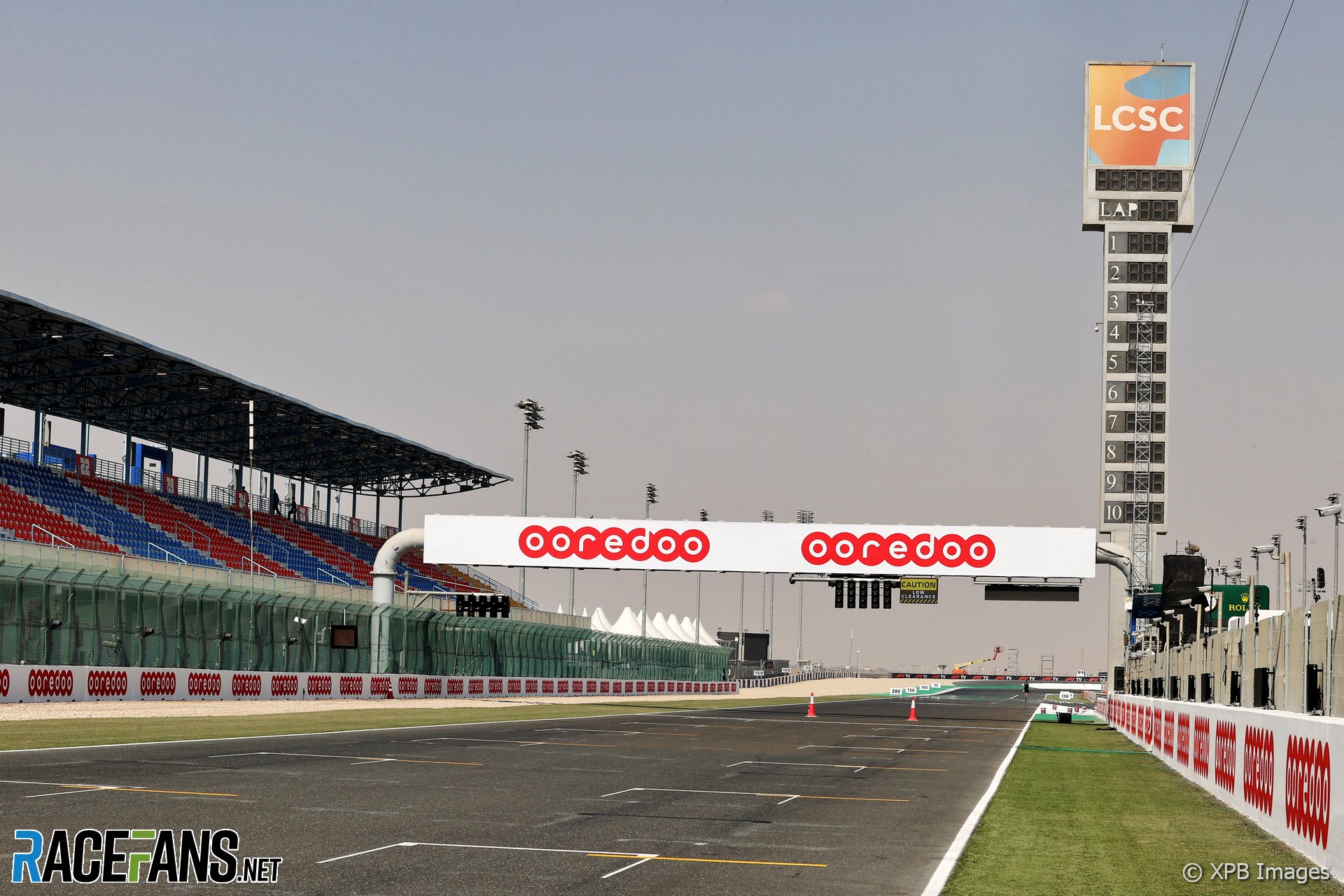 Formula 1 is heading to Losail International Circuit for the first time this weekend.

The Qatar venue seldom hosts high-level single-seater racing, so the track will be completely new to 18 of the 20 drivers in the field. What can they expect from the new addition to the schedule?

Which drivers have raced there before?

Two drivers on the current grid have driven at Losail before. Sergio Perez won in GP2 Asia’s only visit to the venue in 2009. Unfortunately he says he can’t remember anything about it.

“The first time I went on the simulator, it was like I’ve never been there,” Perez admitted. “But then I watched a video and I’ve seen that I was there many years ago.

“I think it’s going to be a fun truck, pretty fast. A lot of downforce there, required for the high-speed sections. I think we’re going to enjoy it.”

The only other driver with experience of Losail is Nikita Mazepin, who made his first appearance in a single-seater race at the track in 2014. His results in the 14-strong field across a quadruple-header weekend were fifth, second, retired and sixth.

“It’s a track that I enjoy, although I haven’t been there in a long time,” said the Haas rookie. “It’s a track where a lot of sand remains.”

Conclusions from the sims

Details of the track’s addition to the calendar were first revealed by RaceFans in July and officially announced by F1 at the end of September. Teams have had to work quickly to get the track model into their simulators.

Pierre Gasly described the high-speed layout as “unique” and George Russell likened it to Italy’s Mugello circuit, which F1 race at last year. “It’s very, very fast and flowing. Not a lot of time to relax and then obviously, we’ve got this big long straight.”

“There’s lots of medium-speed corners, fourth, fifth-gear corners, there’s only one slow-speed corner, which I think is going to be really interesting, and then followed on to a really long straight. So it’s going to be difficult because I think there’ll be a lot of split in strategy in terms of where people run the downforce because the straight’s so long yet you’ve got so many corners where you need that downforce.”

Following his session in the McLaren simulator Lando Norris said he expects “a physical race” on “a pretty fast and fun track with a few big braking zones.”

The likely difficulty overtaking was a recurring theme among those who sampled the track virtually. Williams’ head of vehicle performance, Dave Robson, said passing “could be tough” but that “on their own the drivers will love it.”

“I think most of these corners in the middle section I think will be a lot of fun,” Robson explained. “You’re not going to do any overtaking there, and there’s just the one main straight, one DRS zone. I think they’ll enjoy it. It’s may be a tricky race but again, who knows, we’ve got to go there and test it out and see how people get on.”

Charles Leclerc is among those who hasn’t had the chance to assess the track on the simulator. He said he will have to “basically discover the track once I am there,” after studying onboards from Ferrari’s professional simulator drivers.

The fundamental layout of the Losail circuit has not been changed but there have been tweaks to made it F1-ready. The most significant alteration is at the beginning of the main straight, where the entrance to the pit lane has been “changed dramatically” according to FIA F1 race director Michael Masi, who has visited the track several times to inspect work on the changes.

Amro Al-Hamad, executive director of the Qatar Motor and Motorcycle Federation, told RaceFans “many of the changes has been in the regards of the safety barriers. The type of safety barriers required for Formula 1 [are] completely different than the TecPro that is used [in other series].”

Nevertheless, Al-Hamad said the alterations were mostly “very small changes, when it comes to artificial grass that has been removed from specific places, some double kerbs that we needed to add, some sausage kerbs that we added just to make sure that there’s no track infringements taking place during the race.” Track limits is a persistent bugbear in F1, of course.

Among the general infrastructure upgrades are significant improvements to the circuit’s lighting system. “It has contributed big time into the quality of videos that are being shot,” says Al-Hamad.

“The feedback that we got from the riders, from the last Moto GP, is that their vision is something completely different than it used to be since our older system.”

That’s good news for F1, which will run three sessions under Losail’s floodlights; sundown is at 16:44 local time this weekend and second practice, qualifying and the grand prix all start at 17:00.

Losail is expected to be a high-grip circuit, with an abrasive track surface. Pirelli is bringing its hardest compounds available this weekend, the C1 making its final appearance of the season in Qatar.

“From what we can see, the hardest tyres in the range will be well-suited to Losail, due to the quite abrasive asphalt and the very demanding corners,” said Pirelli’s head of F1 Mario Isola.

However, inevitably there is an element of wait-and-see when cars get out on track, Isola acknowledged. “As we’ve never actually raced there before, we’ll only get a true picture of how the tyres really work on this circuit once we arrive.”

With no support races scheduled this weekend, the two hours of running on Friday and Saturday and then the grand prix will be the only opportunity to build up rubber levels at the track. It has held a relatively lively schedule of local racing for bikes and touring cars since Moto GP’s round in March.

When F1 added the likes of Istanbul Park and Algarve onto its calendar at short notice last year, the venues were resurfaced and therefore very low on grip. Losail’s surface hasn’t been extensively re-laid since its first Moto GP race in 2004, and is therefore likely to be very hard on tyres.

It will have one similarity to Istanbul, as Isola explains. “Turns 12 to 14 form a triple-apex right-hander making up almost a single high-energy 5.2G corner that is slightly reminiscent of the famous turn eight in Turkey – only in the opposite direction.”

Depending on how quickly the grip levels improve, drivers could see rapid gains in lap time and, with it, tyre degradation. So much so that Mercedes has even suggested a three-stop strategy could be possible.

How realistic that is will depend partly on the consequences of the pit entry changes. The more time drivers lose making a pit stop, the less likely they are to come in twice or even three times. However they may be wary about using up their stocks of the harder tyres early in the weekend until they have a clearer understanding of grip and wear levels at the track.

38 comments on “Three-stop strategies? No passing? What to expect from F1’s first race at Losail”