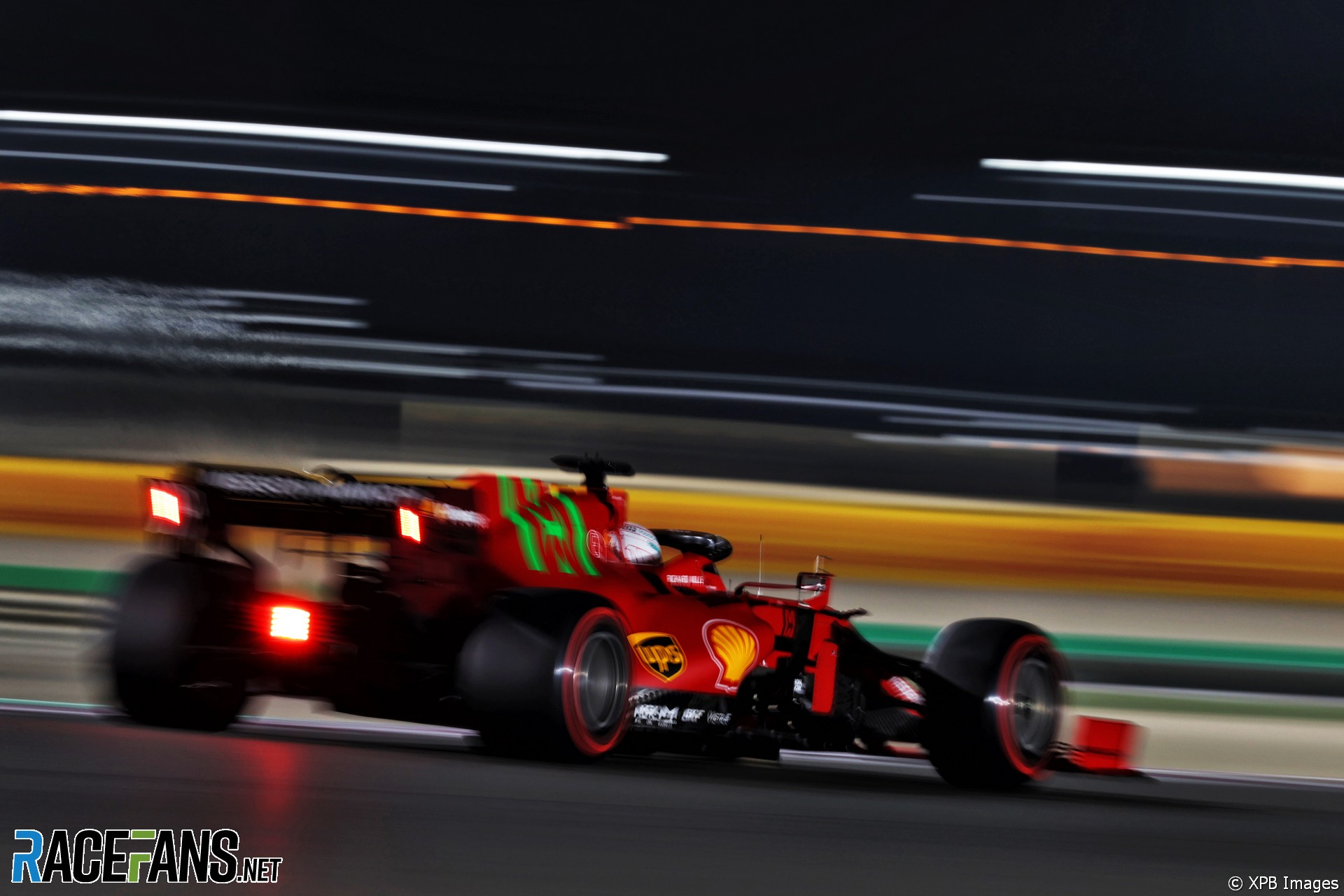 Formula 1 teams are being subjected to new tests of the flexibility of their rear wings following today’s qualifying session for the Qatar Grand Prix.

However, RaceFans understands any teams found not to meet the standards of the test will not be at risk of exclusion from any of the remaining rounds of this season.

The test has been introduced following accusations made by Red Bull about the rear wing used by rival constructor Mercedes. Red Bull team principal Christian Horner yesterday alleged Mercedes’ rear wing exhibited “score marks,” which he suggested indicates they have been flexing at speed. This would allow the team to reduce drag and improve its top speed.

Teams were advised of the new rear wing test ahead of the Qatar Grand Prix weekend. However, they have been told a ‘stay of execution’ will be given should any wing fail to comply with the test between now and the end of the championship in three weeks’ time.

The FIA introduced another new test on rear wing flexibility earlier in the season. Teams were advised of the test prior to the Azerbaijan Grand Prix, but it was not introduced until a month later. The delayed introduction of the test was to allow time for teams to modify their designs if needed. Red Bull were among the teams who did so.