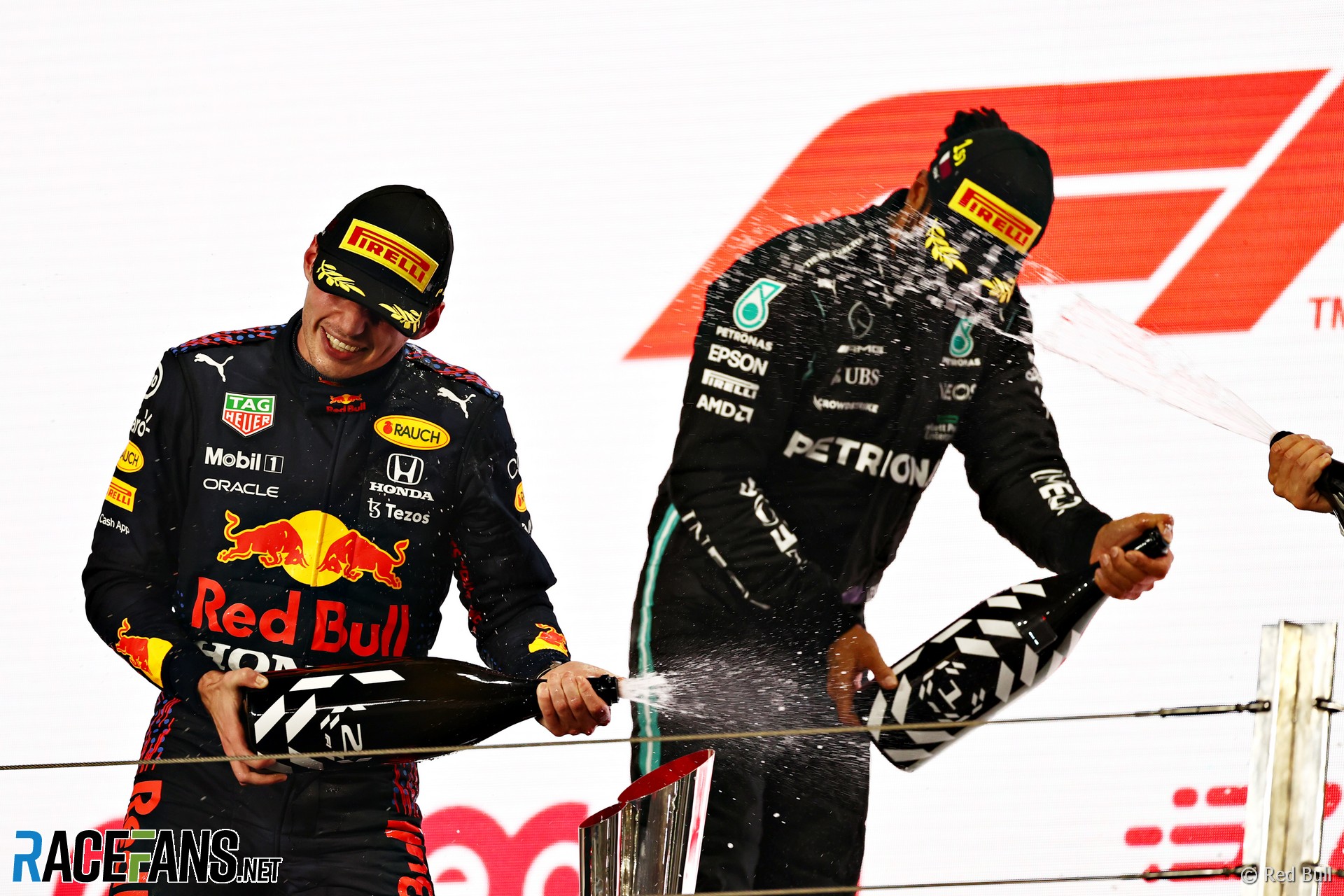 The Mercedes driver led from lights to flag across 57 laps of racing, pitting twice during the race en route to his sixth win of the season.

He finished 25.743 seconds ahead of Max Verstappen, following a late Virtual Safety Car period during which his championship rival made a ‘free’ pit stop to fit a fresh set of soft tyres and secure the fastest lap bonus point.

Verstappen still leads the championship with this result, but Hamilton has closed the gap down to just eight points with two races left to run.

Fernando Alonso successfully executed a one-stop strategy to finish third, for his first Formula 1 podium since the 2014 Hungarian Grand Prix. Alonso managed 31 laps on a set of hard tyres, as several other drivers who attempted one-stop strategies suffered from tyre failures caused by striking the sharp kerbs at corner exit.

Valtteri Bottas retired after 48 laps. He made a poor start, and suffered a left front tyre failure as he attempted a one-stop strategy.

With Bottas’ retirement, and Sergio Perez scoring a fourth place finish, Red Bull have closed to within five points of Mercedes in the constructors’ championship.

The other drivers to suffer punctures after long stints on a single set of tyres included the McLaren-Mercedes of Lando Norris, who held on to a ninth place finish; as well as the two Williams of George Russell in 17th, and Nicholas Latifi, whose stopped car triggered the VSC intervention.

Esteban Ocon finished fifth for his best result since winning the Hungarian Grand Prix, Lance Stroll finished a season-best sixth place, ahead of the Ferraris of Carlos Sainz Jnr in seventh and Charles Leclerc in eighth; Sebastian Vettel finished behind Norris in tenth.