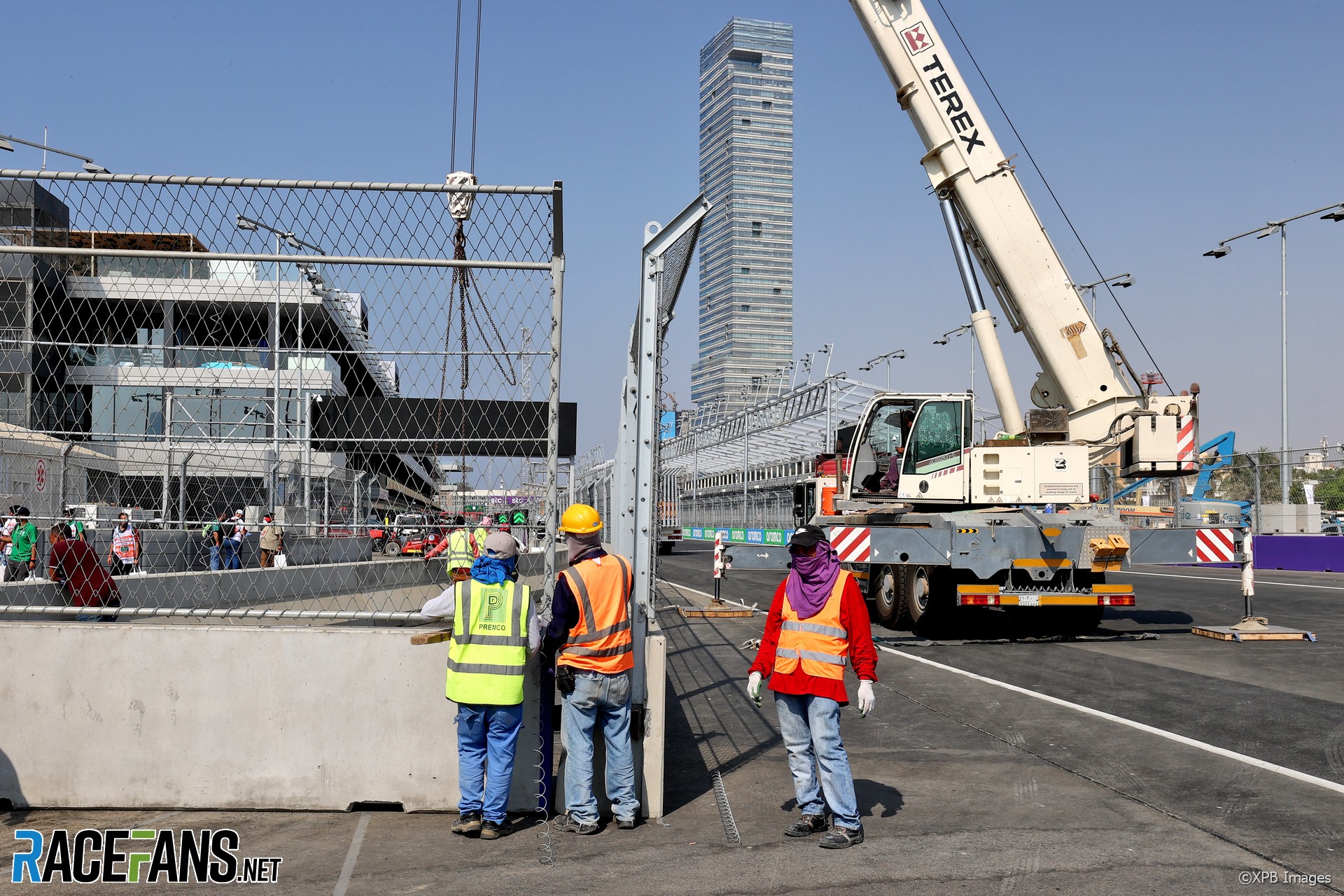 The Jeddah Corniche Circuit hosting the inaugural Saudi Arabian Grand Prix this weekend has been given the FIA Grade 1 homologation needed to host Formula 1, a day before on-track action begins.

The coastal circuit has been built primarily from scratch, rather than using an existing road network in use, with a construction timetable that was scheduled to conclude not long before F1 arrived at the venue. There had been some concerns when it became apparent that construction would be completed only days before the grand prix weekend.

F1 race director and safety delegate Michael Masi completed his latest and final observation of the track on Thursday morning (2 December), having made several visits during its construction, to inspect the build standard and suitability towards F1 of the final layout. He confirmed that Jeddah’s work had met the standards needed, and therefore confirming that F1 would be racing there.

“It has been an impressive journey for all involved to make the first FIA F1 Saudi Arabian Grand Prix a reality, and the progress that I have seen on each of my visits over recent months has been remarkable,” Masi stated.

“The circuit itself has now been completed to a high level and complies with FIA Grade 1 standards that we require for hosting a grand prix. The Jeddah Corniche Circuit will provide an interesting new challenge for the drivers and teams, and I’m looking forward to another exciting weekend as this fantastic 2021 F1 season draws closer to its conclusion.”

The building of the circuit, pit and paddock facilities was undertaken by the Saudi Motorsport Company, which “has successfully completed most of the necessary preparatory work for the first ever F1 race to take place” but not all. Having gone from breaking ground to being F1-ready in eight months, the project became the fastest world championship grand prix circuit ever to be constructed from scratch.

Homologation of the circuit has also confirmed there will be three areas where the Drag Reduction System will be used, and that it will be a 27-corner layout. Free practice begins at 4:30pm local time on Friday, while the race takes place under floodlights at 8:30pm local time on Sunday.

“We are even more delighted that he has given it his expert seal of approval, meaning that we can let the world know that we are ready to race this weekend on the world’s newest and fastest street circuit. The fact we have reached this point after only eight months is an achievement that cannot be overstated. The hard work and dedication of all our staff has helped to make this happen and we can now look forward to an unforgettable race weekend.”