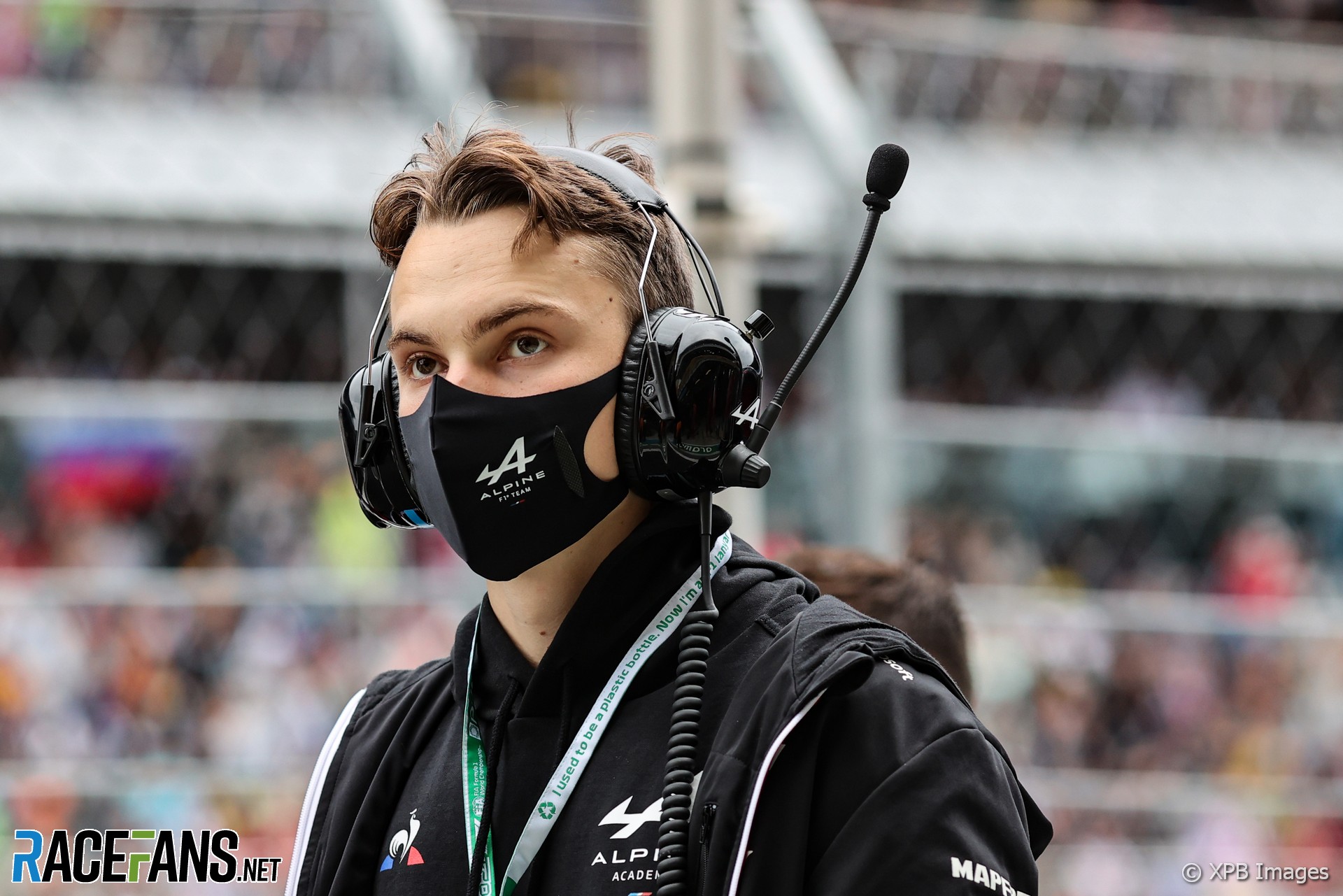 Oscar Piastri’s extension of his Formula 2 points lead in Jeddah qualifying has only increased speculation about his future, despite Alpine already confirming the Australian as their reserve driver for 2022.

The rookie claimed his fourth consecutive feature race pole on Friday evening and was asked in the press conference afterwards whether the pressure on him to win the title has decreased since learning he will be Alpine’s F1 reserve driver next year. The championship leader now has a 40-point buffer between himself and his closest rival, future Alfa Romeo driver Guanyu Zhou, going into the final six races.

“I think the pressure release is more from not getting constantly asked what I’m doing next year,” Piastri joked to the media at Jeddah Corniche Circuit.

“I knew before Sochi that things were lining up for next year anyway. So whilst I didn’t let you guys know that, I more or less knew what was happening for a long time. Now that it’s all out of the way, I think our timing of the announcement, before F2 restarted, was no coincidence, to answer everybody’s questions.

“Now I can fully focus on F2, I don’t think our approach has changed. Our qualifying results haven’t changed. I’m always quite relaxed. But now that I know what I’m doing for next year, it of course takes some more pressure off for this year.”

Piastri’s strong form – he ended the session five places and four tenths of a second ahead of fellow Alpine junior Zhou – has only increased pressure on Alpine to find him a future F1 seat after 2022. However it remains to be seen whether a seat at Alpine will be available then.

If Piastri becomes F2 champion, the series’ regulations prohibit his returning in 2022. Now Piastri is confirmed as Alpine’s 2022 reserve, he shall not be returning to F2 regardless, with his future now in the team’s hands.

Esteban Ocon has already extended his deal to drive for the team until 2024. Team mate Fernando Alonso recently returned to the podium with the team in Qatar and is evaluating extending his current contract into 2023.

Alpine executive director Marcin Budkowski said Alonso’s future will therefore have a bearing on when Piastri gets the chance to make his F1 debut, and who it is likely to be with.

“But certainly we have a great talent with Oscar in the wings. And if there’s no seats available at Alpine, I’m sure we’ll find a solution for him to drive a F1 car and stay in the Alpine family.”

Budkowski stressed that Piastri will have many opportunities to gain experience in an F1 car after the end of the F2 season.

“Oscar’s announcement, beyond being an announcement that he will be a reserve driver, comes with an awful lot of other things,” Budkowski explained.

“Oscar is going to be very involved in the development in the simulator. He’s already doing some of this, but not as much as we’d like because we see he’s racing in F2 and he still needs to win the championship this year.

“But he’s going to be doing a lot of development work, a lot of simulator work. Spending time in the factory very close with the engineers. He’s going to do quite a lot of track time as well. He’s going to run in Abu Dhabi for the post-season test this year.”

With the introduction of a new rule requiring teams to run rookie drivers in free practice sessions next year, there is already a plan for Piastri to take part in those – an opportunity to compare him directly against Alonso – with Budkowski claiming that there will be “a bespoke testing programme for him in F1 cars to make sure he really, really ramps up.

“We’ll develop Oscar a lot beyond just taking him to races and having him as a third driver,” concluded Budkowski.