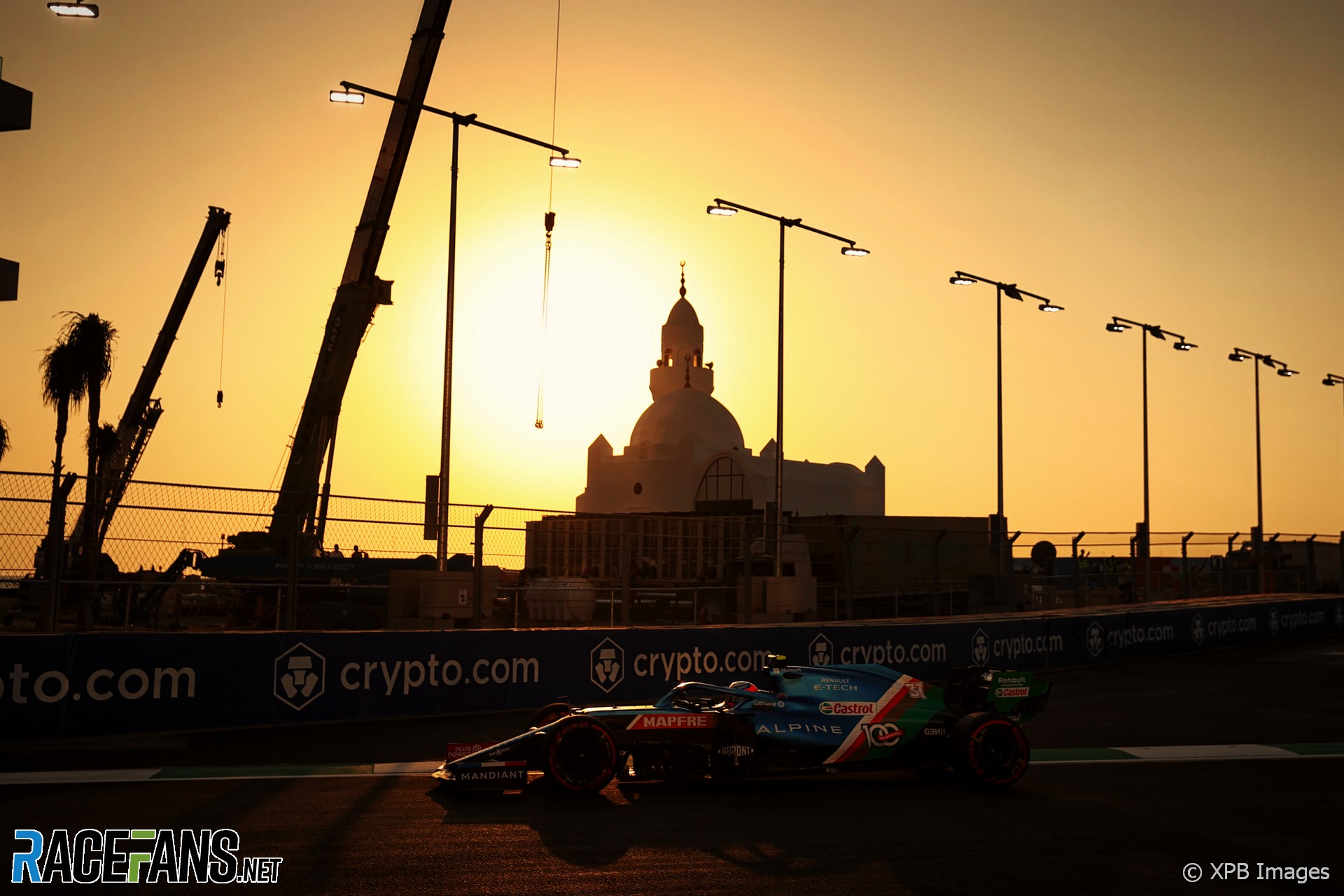 Mercedes were expected to set the pace at the new Jeddah Corniche Circuit and they duly led the way on Friday.

However it became clear traffic is likely to play a role in the outcome of the first race on the very fast, barrier-lined new circuit. Several drivers encountered slower cars while trying to set quick times in the second practice session.

For the penultimate time this year, we have a copy of F1 2021 to be won by whoever makes the best prediction for this weekend’s grand prix. The RaceFans F1 Predictions Championship is free to enter. You will need a RaceFans account to place so sign up here if you haven’t got one.

Congratulations to our six winners from the three most recent rounds! @Nulli-Secundus, @Maxima81 and @Kep were the top players in each of the last events and each wins a copy of F1 2021. @Abcmarco, @AlexF1man and @Xequileco came in second in those rounds and will receive a BoxBoxBox F1 Calendar TeraTowel.

With two rounds left, @Xenomorph91 holds a healthy 20-point lead in the championship over @Maxima81.