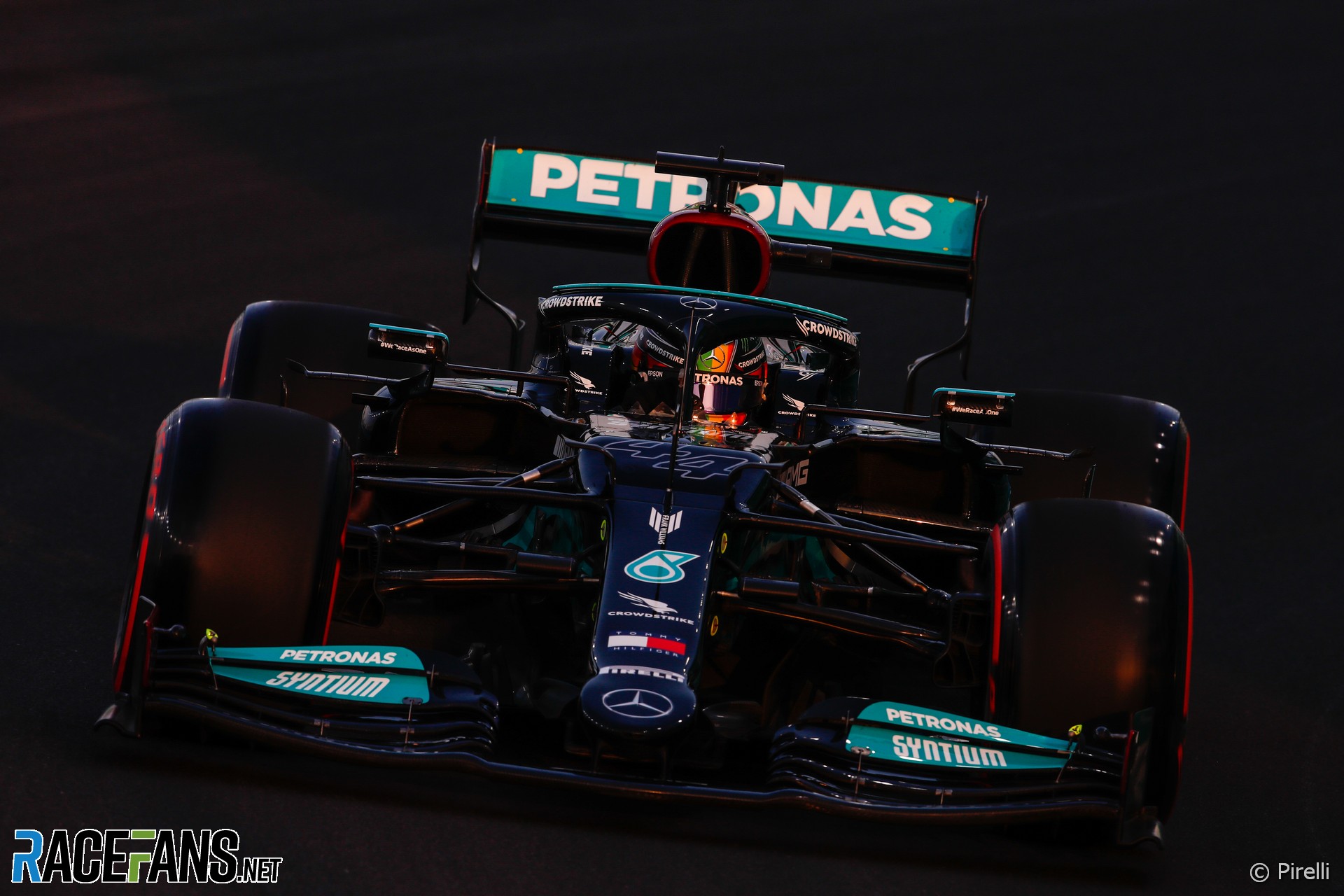 Mercedes believe championship success is “in our hands” two races on from a low point in Mexico where Lewis Hamilton fell 19 points off the lead in the drivers’ standings.

Hamilton has won the two races since, reducing Max Verstappen’s championship lead to eight points with two races to go. The Mercedes driver set the pace in both of Friday’s practice sessions for the Saudi Arabian Grand Prix and team principal Toto Wolff is encouraged by the team’s progress.

“We never give up, but after Mexico the outlook was grim from a sheer probability standpoint,” Wolff said. “It’s much better here, we have it in our hands and that is super exciting. And fun, also, obviously with all the pressures that come with that.”

However Wolff said nothing less than two more wins will suffice to guarantee the title. “I’m a finance person and therefore probabilities is always the basis of how I work,” he said. “And the probabilities are that the odds are against us.

“It’s very simple, we need to win both races. This is the simplified summary.”

“We are eight points behind and we just need to bring every single weekend, like we’ve done in Brazil and in Qatar, our A-game,” he added. “Only if we do that, we have a chance to win the championship. So always very much to play, but from a pure paper form, the odds are against us.”

Although Mercedes have been more competitive in recent races, Wolff sees “a lot of risks” in the remaining rounds “because winning a race is not only down to the fastest car and fastest driver, but also reliability has a massive influence, that is just the essence of motor racing.

“But in summary, we have never imagined we would be even playing for the championship at that stage of the season. We had two fantastic race weekends and we just need to have more in order to fight for this championship.”

He was cautious not to read too much into Hamilton’s pace on the first day of running at the new Jeddah Corniche Circuit too.

“It’s very difficult to say at that stage because Friday can often be quite misleading,” said Wolff. “You don’t know what engine modes people are running and we’ve seen big steps always from our competitors and ourselves from Friday to Saturday.

“So I wouldn’t want to neither jump with exuberance of how good it went, neither be too worried. It’s about really just grinding through the work and coming up with a car tomorrow that is as good as it can be.”