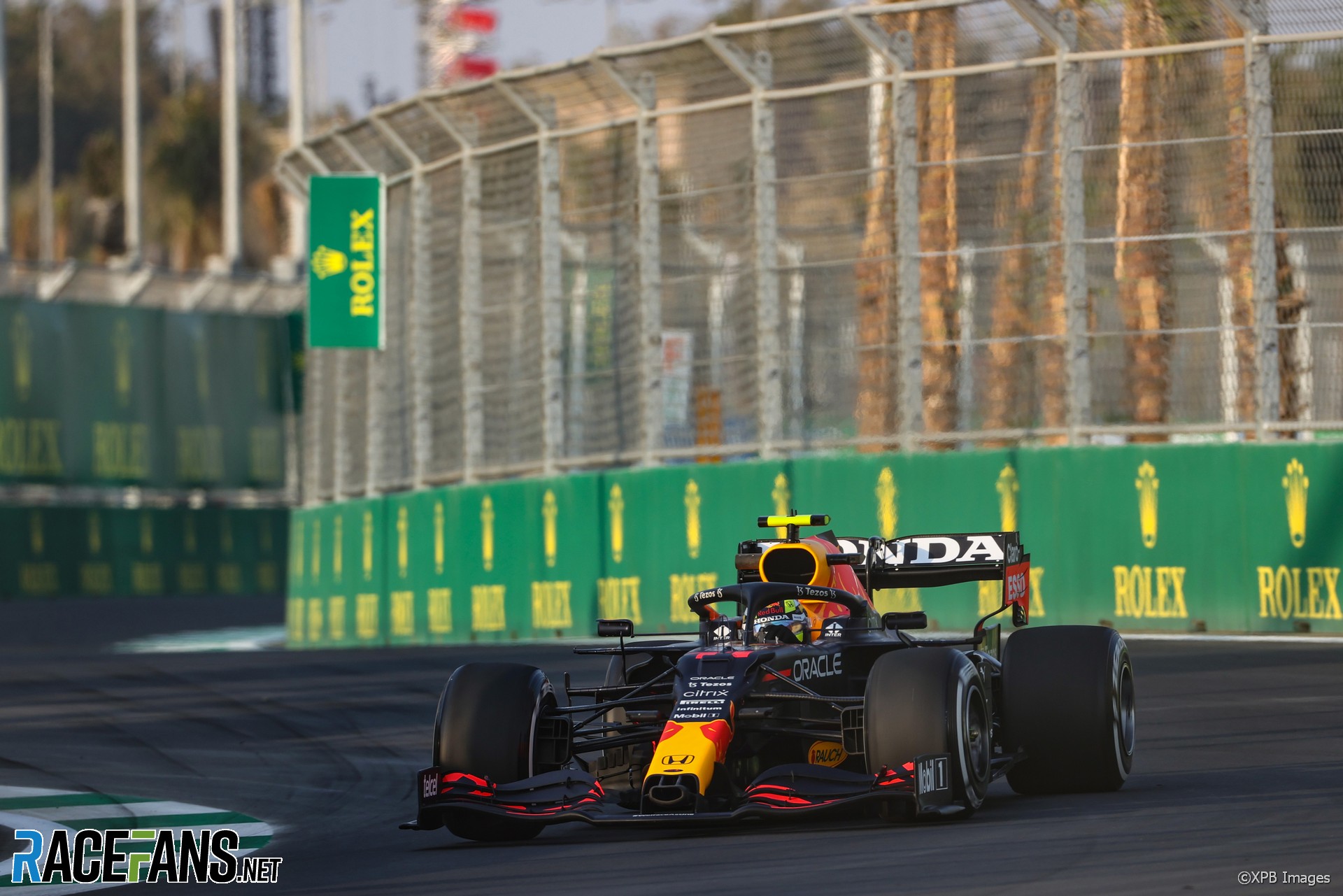 Christian Horner says Sergio Perez’s performance over the final two races will be “vital” if the team is to prevail in its world championship fights with Lewis Hamilton and Mercedes.

After admitting that Red Bull were pleasantly surprised by their pace in Friday’s practice sessions compared to Mercedes – with championship leader Max Verstappen just two tenths of a second off the fastest time of the day – Horner said the team need to ensure his team mate is also at the sharp end of the field on Sunday.

“He’s vital,” Horner said of Perez. “He’s going to play a crucial role in these next two races – as is Valtteri [Bottas].

Perez failed to make the cut for the final round of qualifying at the last race in Qatar, leaving Verstappen the only Red Bull driver in the front half of the grid. Perez ended today’s running ninth fastest, half a second off his team mate – a deficit he put purely down to traffic he encountered during his soft tyre runs.

“I think we saw a bit what happened when everyone was on the soft tyre at the end,” said Perez. “So it can get very tricky, very messy, very quickly. And then on the long run, we didn’t have enough laps to get a read.”

Asked if he believed his best lap time was truly reflective of his pace, Perez replied “no, no, I don’t think so. I think there is plenty more to come tomorrow. So hopefully we are able to find the right balance, the right pace to be in contention for tomorrow.

“I think that it will be an interesting race. A lot of things can happen – we saw Charles [Leclerc] today. It’s a track that if you make a mistake, it can be extremely costly. So we just have to stay there and be on it as much as possible.”