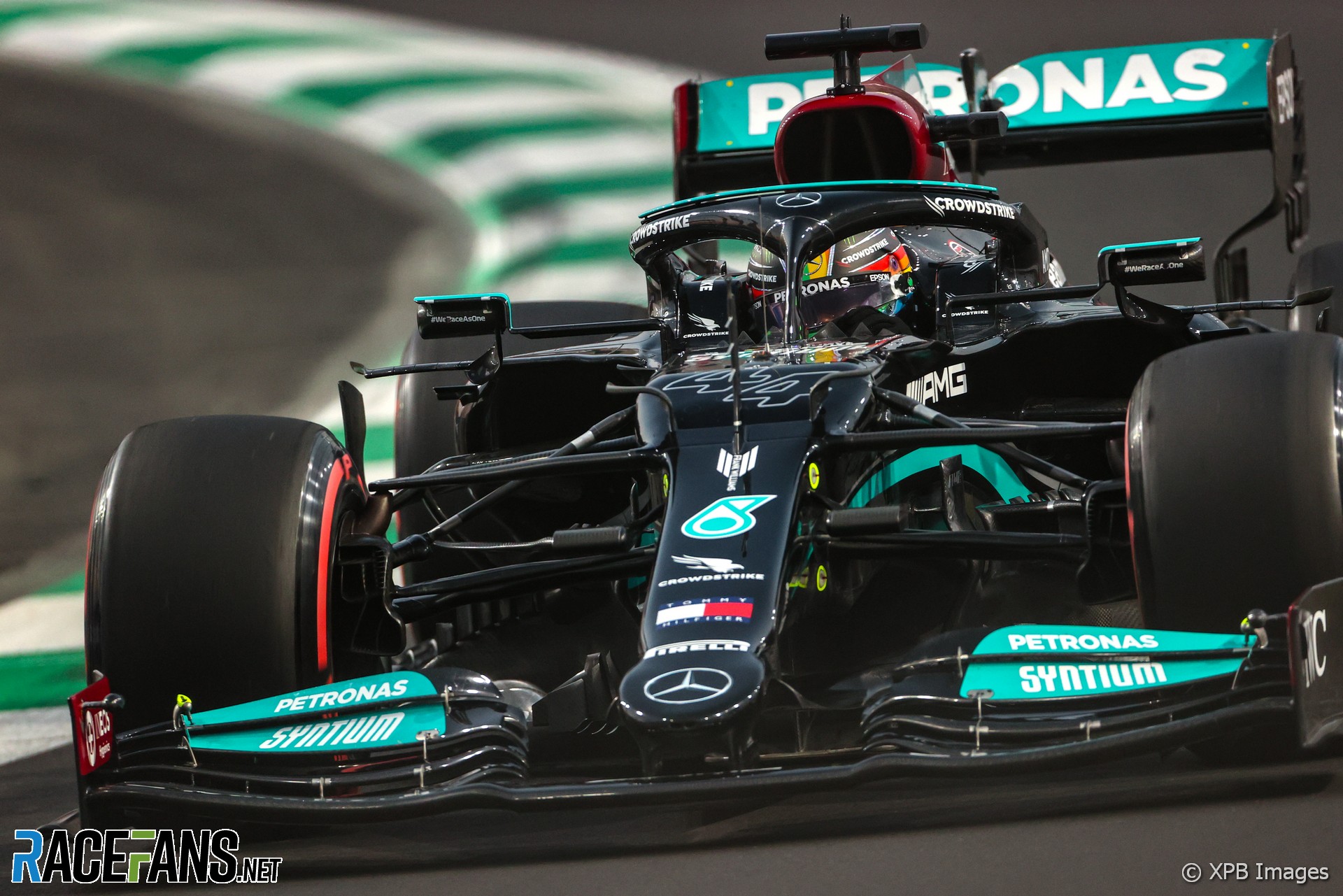 Lewis Hamilton is at risk of a penalty which could compromise his starting position for this weekend’s Saudi Arabian Grand Prix.

The Mercedes driver has been summoned to meet the stewards over two separate incidents during final practice ahead of today’s qualifying session.

The hearing will begin at 7pm local time, one hour before qualifying. The stewards are examining whether Hamilton failed to observe double waved yellow flags at one point in the session, and impeded a driver at turn eight in a subsequent incident.

Footage from Hamilton’s onboard camera showed him passing yellow flags as he approached turn 13 while he was on a flying lap around 20 minutes into the session. Hamilton did not appear to significantly decelerate.

His championship rival Max Verstappen was given a five-place grid penalty at the previous race in Qatar for failing to slow for double waved yellow flags in qualifying.

Later in the session Hamilton was also seen impeding Nikita Mazepin. The Haas driver dived onto the kerbs at turn eight to avoid the Mercedes.