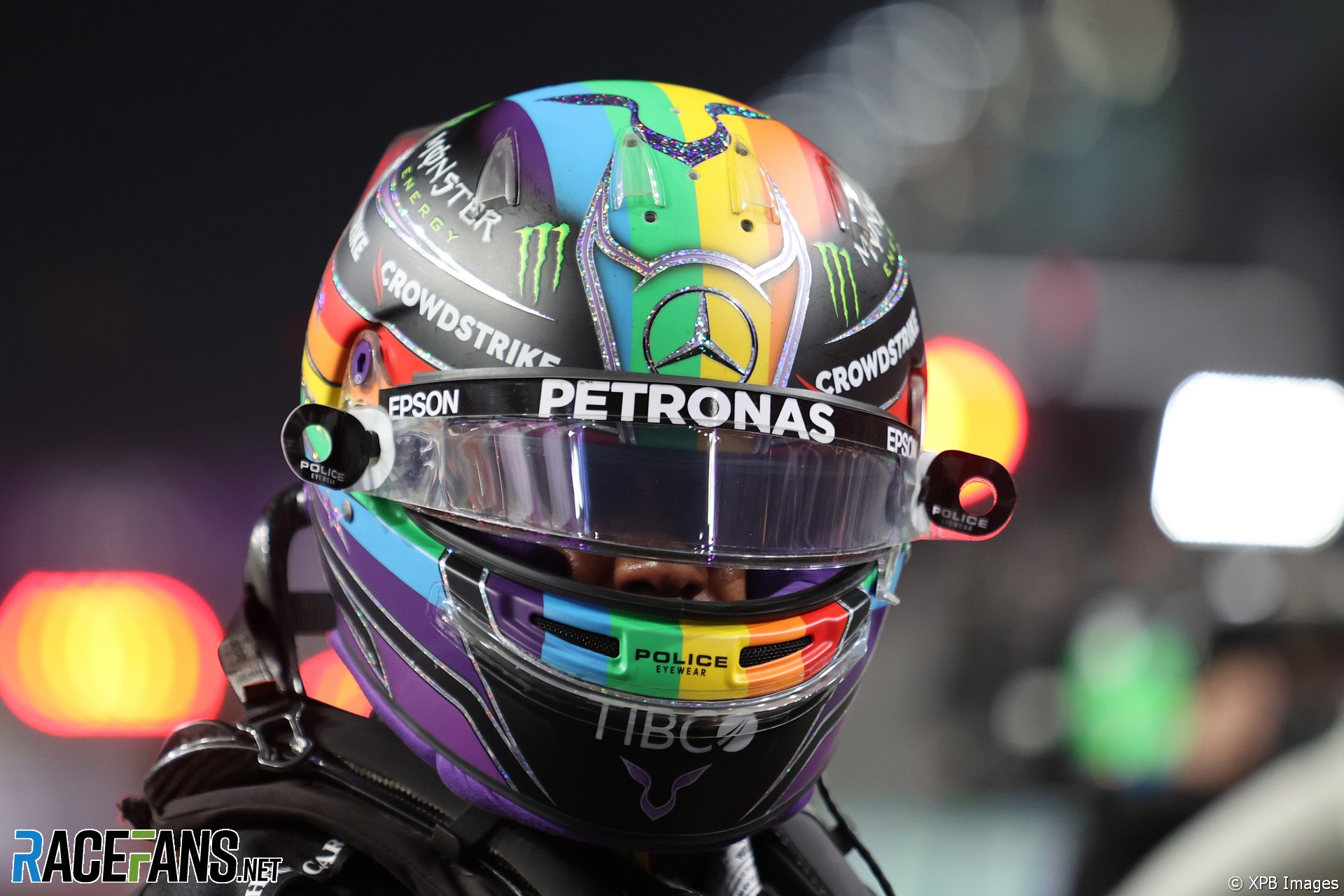 In previous years, Formula 1 turned a blind eye to human rights concerns in the countries it visits. But since last year its ‘unconscious’ era seems to have ended

This has coincided with the sport expanding into more countries which have been the focus of criticism, notably Qatar and, this weekend, Saudi Arabia.

Doha and Jeddah are not the first such controversial venues F1 has visited. Besides political concerns in established grand prix venues, there is a long history of the championship going to new places where a government invites it, regardless of the ‘optics’.

In 1986, years before the fall of the Iron Curtain, Hungary’s communist government welcomed F1 with open arms, while the country was still occupied by the Soviet military. Outcry at the time was rebuffed by Bernie Ecclestone, who in his capacity as head of the Formula 1 Constructors Association began the sport’s expansion into new venues, and whose enthusiasm for racing in the east was undampened by the concerns of others.

The additions of China and Bahrain to the calendar in 2004 provoked further comment. The latter’s round was cancelled in 2011 after unrest in the country, including the violent suppression of pro-democracy protests.

The addition of Russia to the championship in 2014 drew criticism from human rights group Amnesty International. In the first years of the race president Vladimir Putin was a regular visitor to the race in Sochi, just miles from the border of a frozen ethnic conflict. Two years later caucasus neighbour Azerbaijan, where journalists have disappeared, held its first F1 race.

Throughout those occasions F1 largely side-stepped the ethical questions raised by their choices of venues. That began to change last year, when Lewis Hamilton acknowledged F1 must “not ignore the human rights issues that are around the countries that we go to”.

Speaking ahead of the Qatar race the Mercedes driver acknowledged F1’s past reluctance to engage with human rights concerns in countries it visits. “As a sport we’ve been to, and I’ve been to, a lot of these countries and been ignorant, been unconscious of some of the problems that have been in some of the places,” he said.

Hamilton has stressed a need for education – a common theme in his past comments on diversity. He and fellow multiple F1 champion Sebastian Vettel having become more vocal about human rights – especially those of the LGBTQ+ community – during the 2021 season. F1’s races are now preceded by the We Race As One gesture, which grew out of Hamilton’s desire to raise awareness of racism, but which the sport intends to use as a platform to engage with other causes.

F1 CEO Stefano Domenicali’s leadership of F1 differs markedly from Ecclestone’s in the sense of acknowledging the issues presented by racing in countries such as Saudi Arabia. However, like Ecclestone, Domenicali is not to be deterred from embracing these countries.

Domenicali has said he believes F1’s presence should be a force for good in the places that it goes to, leading by example on rights. He expects F1’s role in change will be acknowledged in the future.

Can that claim really be taken seriously? Formula E’s reputation was arguably more tarnished in the west for racing in Saudi Arabia than it was acknowledged as a reason for the positives which arose from the weekend. These include the lifting of the regime’s notorious ban on women driving cars, plus mixed-gender admission to the event and associated concert.

Although many predicted Hamilton and Vettel would not continue their vocal support for change in Saudi Arabia, both have. Hamilton called the kingdom’s laws against LGBTQ+ people and women’s rights “terrifying” and Vettel took action by holding a small karting event for women. Mick Schumacher has also worn a rainbow t-shirt in support of LGBTQ+ rights and both Lando Norris and George Russell said they supported F1 speaking out on issues in Qatar.

From a stance, a few years ago, that its presence was apolitical F1 has changed its tune, if not its persistence in going to countries under controversial circumstances.