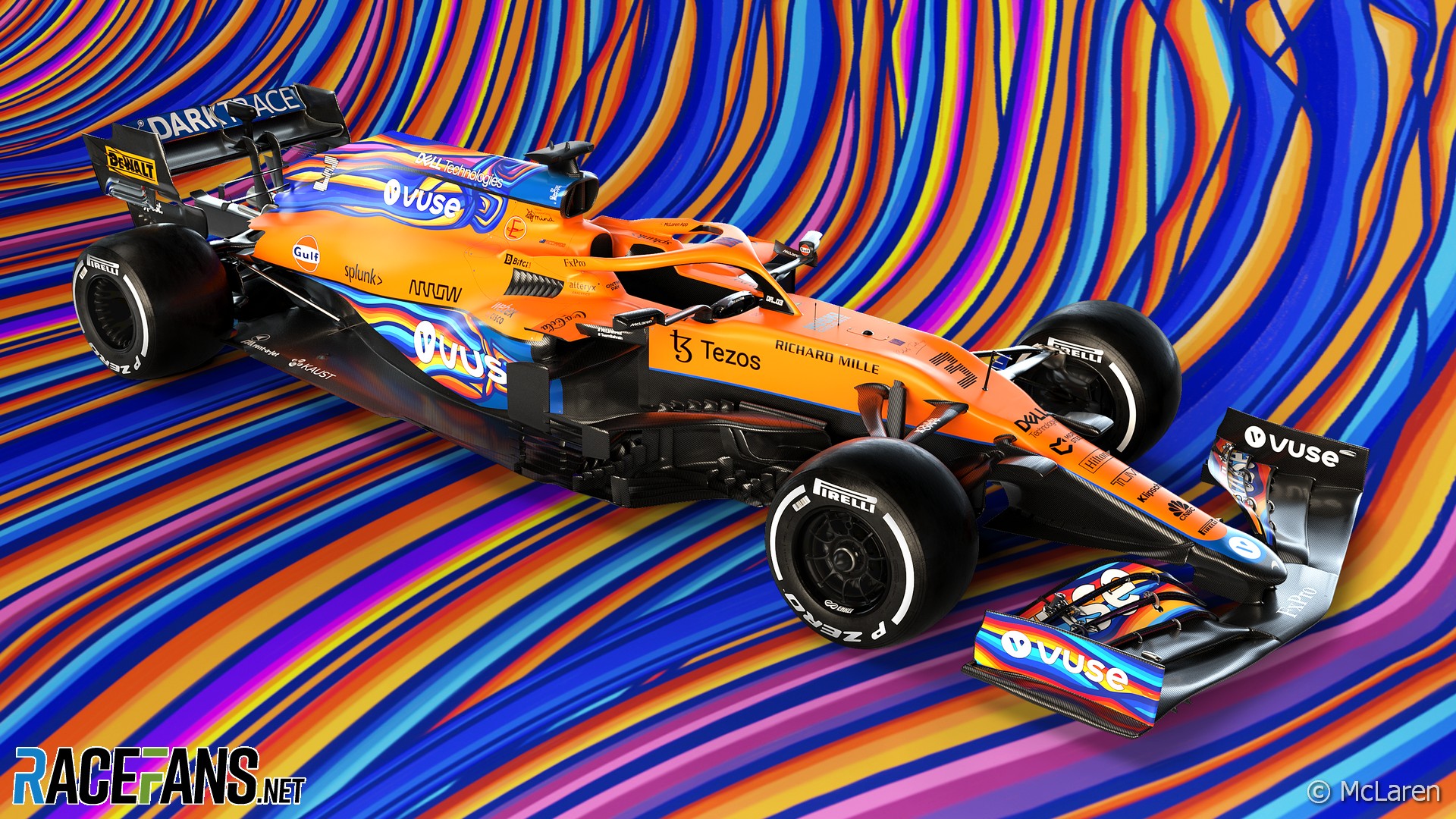 McLaren have revealed a special, one-off livery they will use for the final race of the Formula 1 season in Abu Dhabi this weekend.

The team will run a special design for the second time this year, having used a one-off Gulf livery for the Monaco Grand Prix in May. This weekend’s livery has been produced for sponsor British American Tobacco, whose vaping product Vuse is being promoted on the cars.

The design was created by Rabab Tantawy, an artist based in the UAE, as part of the Driven for Change initiative to highlight the work of under-represented artists aged over 25. The design merges the papaya orange and blue colours McLaren has raced in all year with Tantway’s Nubian Series artwork.

“Driven by Change is a unique opportunity to use our global stage to support rising talent, giving undiscovered creatives the platform they deserve,” said McLaren’s chief marketing officer Claire Cronin. “Rabab’s art is inspiring, and we are proud to take her papaya-influenced creation racing this weekend.”