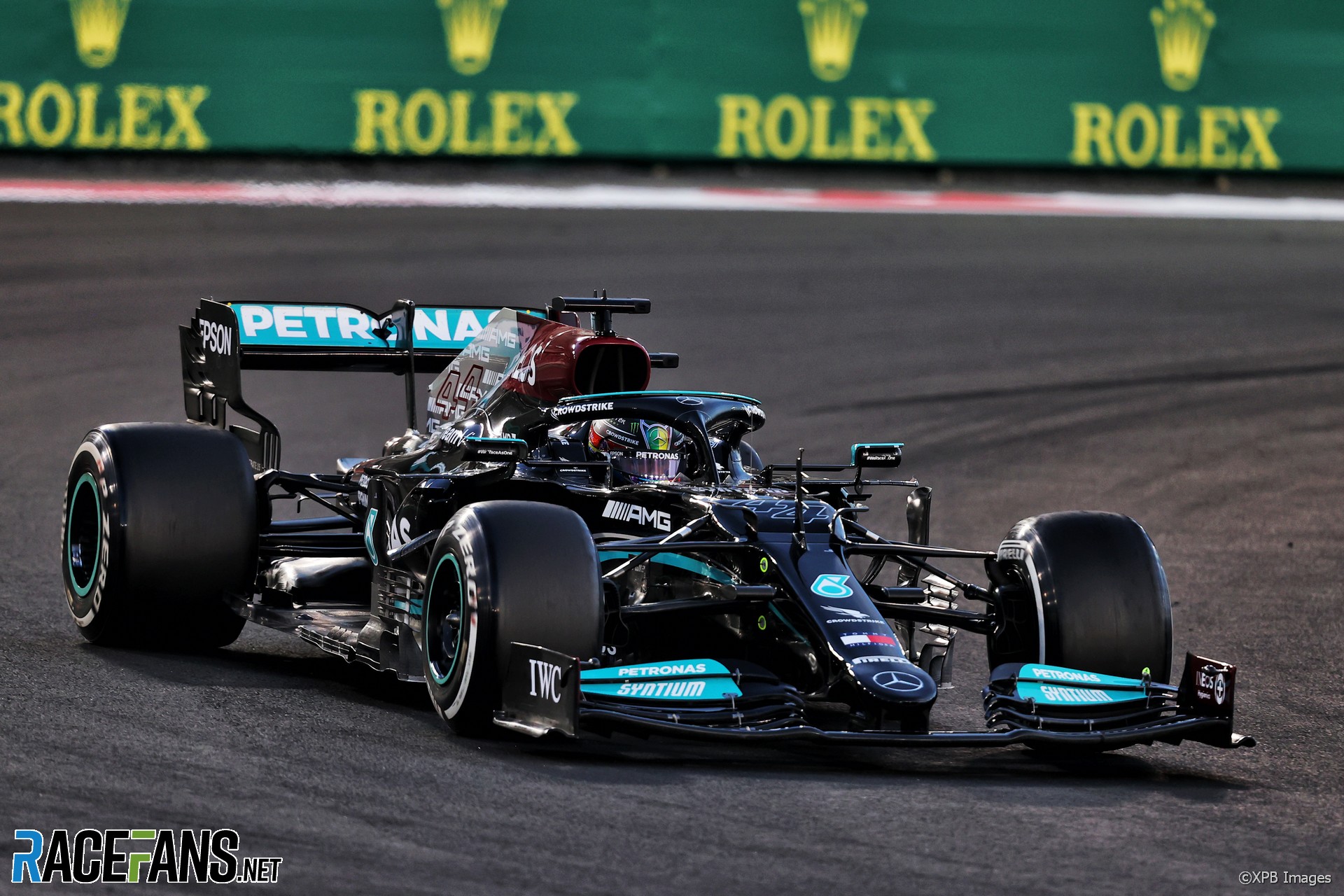 Lewis Hamilton says Mercedes gave “absolutely everything” in pursuit of the world drivers’ championship in 2021 after Max Verstappen denied him on the final lap of the season.

In a stunning conclusion to the race and the season, Verstappen overtook Hamilton on the last lap of the race to snatch the win and the world championship from the Mercedes driver.

In controversial scenes, the race was restarted following a Safety Car period with a single lap to go. FIA Formula 1 race director Michael Masi initially informed teams that cars a lap down would not be allowed to regain the lead lap. However afterwards he opted to allow a group of lapped cars to overtake on the penultimate lap and immediately restarted the race.

“This is getting manipulated, man!” Hamilton told race engineer Peter Bonnington over team radio after had passed him on the track.

Mercedes later lodged two separate protests under articles 48.8 and 48.12 of the sporting regulations. They are challenging the classification of the race and protesting Verstappen for overtaking Hamilton during the Safety Car period.

Speaking immediately after the race, Hamilton congratulated his rival on becoming world champion.

“Firstly a big congratulations to Max and to his team,” said Hamilton.

“I think we did an amazing job this year. My team, everyone back at the factory, all the men and women we have and here have worked so hard this whole year. It’s been the most difficult of seasons and I’m so proud of them and so grateful to be a part of the journey with them.”

While Mercedes secured the constructors’ championship, Hamilton said the team had tried “everything” to help him win his eighth drivers’ title.

“We gave it everything,” he said. “This last part of the season, we gave it absolutely everything and we never gave up – that’s the most important thing.

“Of course I’ve been feeling great in the car this past couple of months – particularly at the end. If I’m honest, we’re still in the pandemic and I just wish for everyone to stay safe and have a good Christmas with all their families and we’ll see about next year.”

In the immediate aftermath of the race Hamilton spoke only to

69 comments on “Mercedes gave “absolutely everything” in championship defeat – Hamilton”