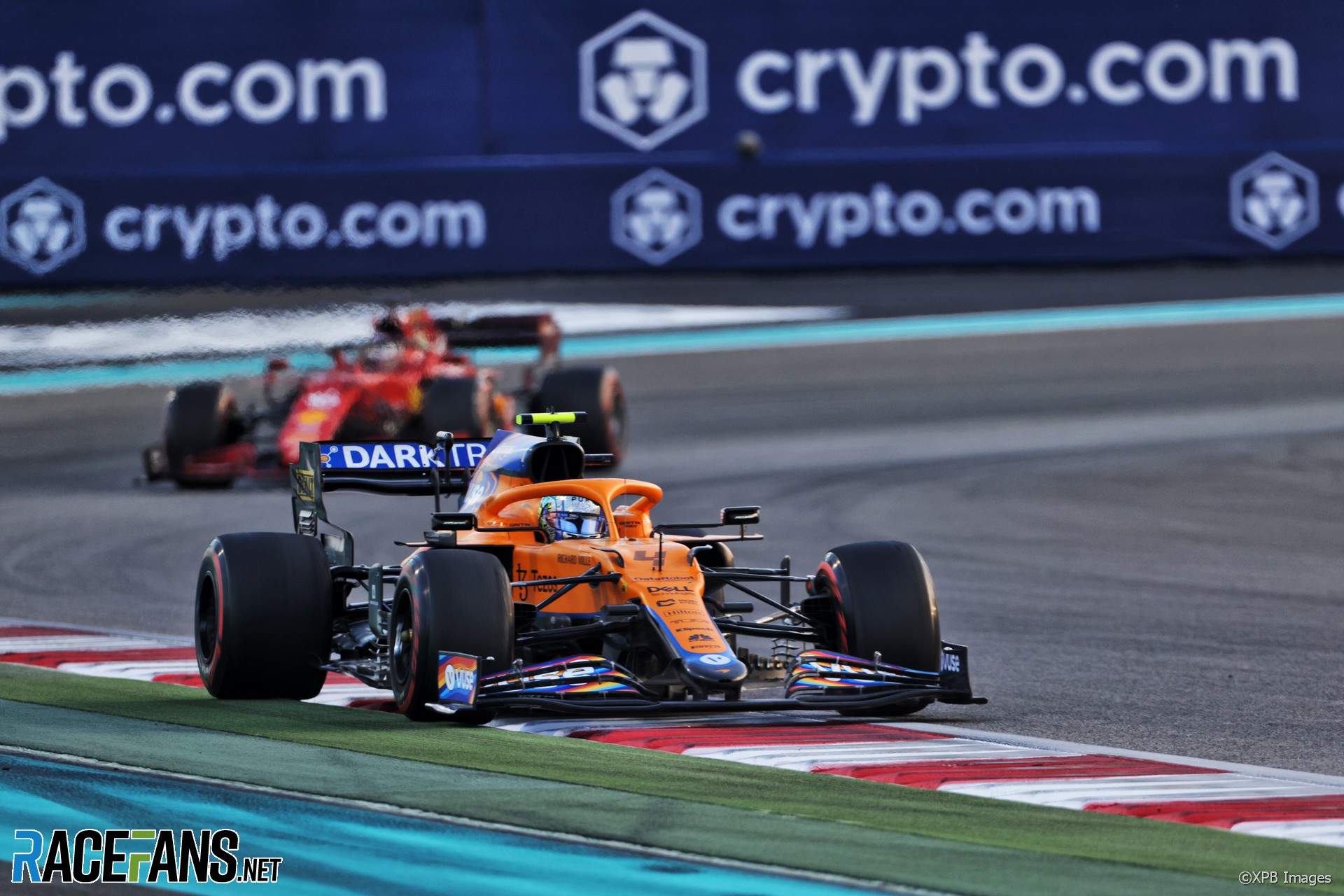 Lando Norris says the decision by FIA race director Michael Masi to allow only a limited number of drivers to unlap themselves behind the safety car late in the Abu Dhabi Grand Prix was “for the TV” spectacle.

Lewis Hamilton led Max Verstappen when the race was neutralised under safety car following a late crash for Nicholas Latifi, but with five lapped cars between them on track. Rather than allowing lapped cars to pass, as is often procedure, race control informed teams they would be staying in formation while behind the safety car.

However, that decision was very quickly reversed once the initial decision was communicated to drivers, but only for the five lapped cars sat between the top two title contenders. At the front of that group of lapped cars was Norris, who gave his verdict on the unprecedented race control decision and final lap restart.

“I don’t know what decisions were made based upon things the stewards said in the first place,” Norris explained.

“If that [decision to maintain order] then made Lewis or made Mercedes make the decision to not box, but then later on they suddenly said now they’re allowed to overtake, then I guess that’s not acceptable.

“I don’t know exactly what was said or what was done or so on [in race control], but a controversial end, that’s all I can say.”

Norris said he was surprised when he got the green light from the FIA to pass Hamilton and the safety car, suggesting it was a decision made purely to create an entertaining finish to the race.

“I didn’t actually know it was only the first three or four up to Max [going past],” Norris said. “So it was obviously made to be a fight. It was for the TV, of course. It was for the result. Whether or not it was fair, it’s hard for me to decide.”

In answer to a question from RaceFans about if he was surprised about the first message too, which told drivers not to pass the safety car, he added: “Sometimes they let you go, sometimes they don’t. It’s just fifty-fifty, half the time.

Mercedes are protesting the race result, after Hamilton was passed by Red Bull’s Verstappen on the final lap restart, on the basis of Article 48.12 of the 2021 F1 Sporting Regulations which states that all lapped cars would move past the safety car if the green light to pass was sent to cars. The outcome of that protest is expected to be heard at 22:30 local time.