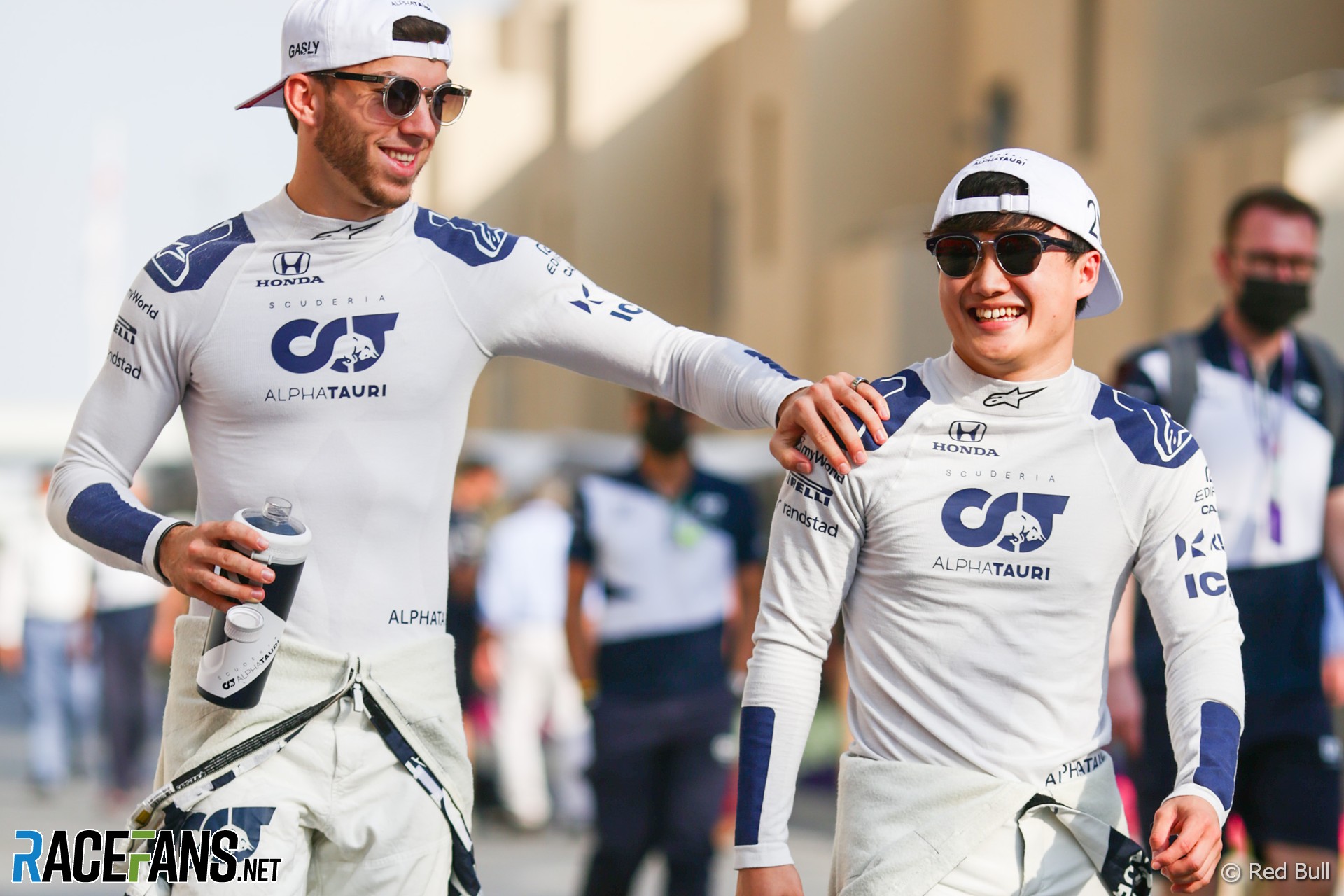 The season-long balance of power between the AlphaTauri drivers was turned on its head at the final race of the season.

Yuki Tsunoda, one of three rookies in the field but the only one paired with a more experienced driver, had a tough time up against Pierre Gasly for much of the season. Although Tsunoda scored on his debut, over the following races Gasly decisively held the upper hand.

Gaps of half a second between the pair in qualifying were common, providing Tsunoda set a time, which he failed to at Imola and Paul Ricard due to crashes. But there were flashes of promises too, shown by Tsunoda’s occasional incursions into Q3.

Qualifying on average six places behind his team mate meant Tsunoda rarely had the opportunity to finish ahead of him on-track. After Bahrain, where Gasly was delayed by early damage, he only did so twice again all year, at Silverstone and Yas Marina.

Gasly was immediately more comfortable in a car which was a development of the machine he won last year’s Italian Grand Prix with, and regularly took it much closer to the limit of its capabilities. He bounced back from his Bahrain disappointment with six straight consecutive finishes including a podium appearance in Baku. While that result came about partly due to others hitting trouble, fourth places at Zandvoort and Autodromo Hermanos Rodriguez were fully merited.

Gasly’s eight top-six finishes meant his season-ending tally stood in stark contrast to Tsunoda’s contribution. AlphaTauri must look at their 13-point deficit to Alpine in the constructors championship, which separated them from a place in the top half of the field at the end of the year, and reflect that’s the cost of bringing new talent in at a time when testing opportunities are so limited. Tsunoda, like his fellow newcomers – had just one-and-a-half days’ running before the 2021 season began.

But with former Red Bull driver Alexander Albon aiding his development, there was clear evidence of progress on Tsunoda’s side, and he delivered at the final round of the year.

While Gasly had a scruffy Q2 with an error on one lap and traffic on another, Tsunoda sailed on into the final 10. He took advantage of the controversial late restart to grab fourth place from Valtteri Bottas’ Mercedes, no less, ending the season with his best result of the year, and exhibiting the potential AlphaTauri recognised him from his excellent Formula 2 campaign last year. That bodes well for his and the team’s chances in 2022.

Pierre Gasly vs Yuki Tsunoda: Who finished ahead at each round

Times based on the last qualifying round at each race weekend in which both drivers set a time. Negative indicates Pierre Gasly was faster, positive means Yuki Tsunoda was faster