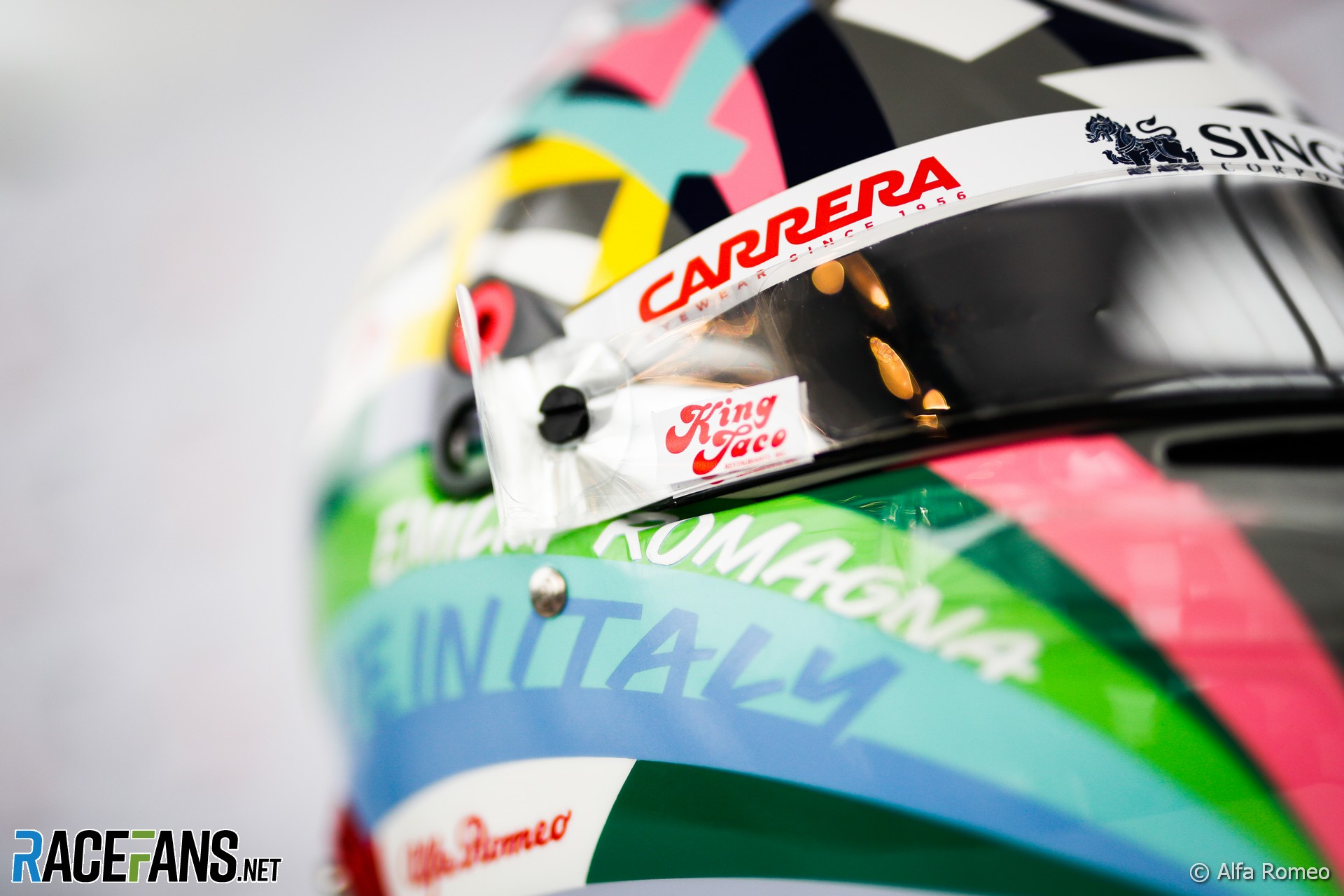 Ever since the FIA relaxed the restrictions over drivers changing helmet designs throughout the Formula 1 season in 2020, fans have been treated to some truly eclectic selection of designs from their favourite drivers.

This year was no different, with over 40 unique designs being sported on the grid over the 22 race season.

Here is our pick of the coolest and most outstanding of the special helmet designs that drivers wore throughout the 2021 season.

Brazil is an increasingly important place for the 2021 world champion. As the home nation of his partner, Verstappen spent his Christmas in the South American nation after claiming his first world championship title. Back in November, he celebrated Brazil’s colourful culture with this Carnival-worthy design.

Lewis Hamilton has been increasingly vocal in publicly advocating for social equality and against injustice over recent seasons. Heading into the final three races of the season – all in Middle Eastern nations where homosexuality and same-sex marriage are illegal – Hamilton adopted a helmet with the LGBTQ+ Pride flag prominently featured, including intersex inclusive symbology designed by British artist Valentino Vecchietti.

Valtteri Bottas celebrated his 101st and final grand prix appearance for Mercedes with this poignant design featuring a series of snapshots from the highlights of his five-season stint with the team. The band across the bottom including empty slots for his achievements with the team was later filled in by Bottas and Mercedes team principal Toto Wolff in a video posted to social media.

On his way to becoming the first Mexican F1 driver to stand on the podium at his home grand prix, Sergio Perez showed his national pride by incorporating the green, white and red of the Mexican tricolor onto his helmet for the Mexico City round.

In his first grand prix at Monza for Ferrari, Sainz paid homage to the spiritual home of the Scuderia by smartly combining both the Italian and Spanish colours onto his helmet for the weekend.

Lando Norris has been no stranger to changing his helmet design over the course of his three-year F1 career to date. Out of the many he sported over the season, Norris carried this retro-inspired look to the podium during the Monaco Grand Prix.

In his early karting days, Charles Leclerc ran with a design inspired by the web-slinging superhero, Spiderman. At Paul Ricard, Leclerc decided to run with a throwback design and featured the webbing motif on his helmet once again.

Daniel Ricciardo has made no secret of his deep admiration for NASCAR legend Dale Earnhardt and ran this design at the United States Grand Prix in Austin that was almost a carbon copy of ‘The Intimidator’s iconic black Goodwrench paint scheme.

With no French Grand Prix in 2020 due to the impact of the pandemic, Gasly celebrated the return of his home grand prix in 2021 by using this tricolour-inspired design that very smartly complimented the AlphaTauri navy blue.

Sebastian Vettel was not shy about his concern for environmental issues in the 2021 season and regularly wore his passion for sustainability on his helmet designs throughout the season. This ocean-themed look was a standout as Vettel encouraged fans to think about how they can prevent ocean pollution.

Yuki Tsunoda sadly missed out on racing in front of his home fans in his rookie season when the Japanese Grand Prix was cancelled due to complications caused by Covid. He did, however, use this pretty design he had intended to race at Suzuka to Austin instead.

After three seasons with Williams to start his Formula 1 career, George Russell will move to Mercedes for 2022. To commemorate his final race with the team, the Williams personnel signed Russell’s helmet with messages of thanks and well-wishes for the future.

In his 349th and final grand prix start, Kimi Raikkonen went full circle by adopting a helmet design inspired by the one he had worn with Sauber during his debut season with the team 20 years prior.

In three full seasons in Formula 1, Antonio Giovinazzi enjoyed the privilege of racing in his native Italy six times. He marked this year’s race at Imola with his attractive, artful design.

Mick Schumacher paid tribute to his father Michael’s F1 legacy at Spa-Francorchamps by adopting the same design used by the seven-time world champion during his own F1 debut at the circuit 30 years prior.

The final design on this list was sadly the only one not to be raced. Nikita Mazepin’s striking gold helmet design was his standout of the season, but he was forced to miss the final race of the year after returning a positive Covid test after Saturday’s qualifying session.