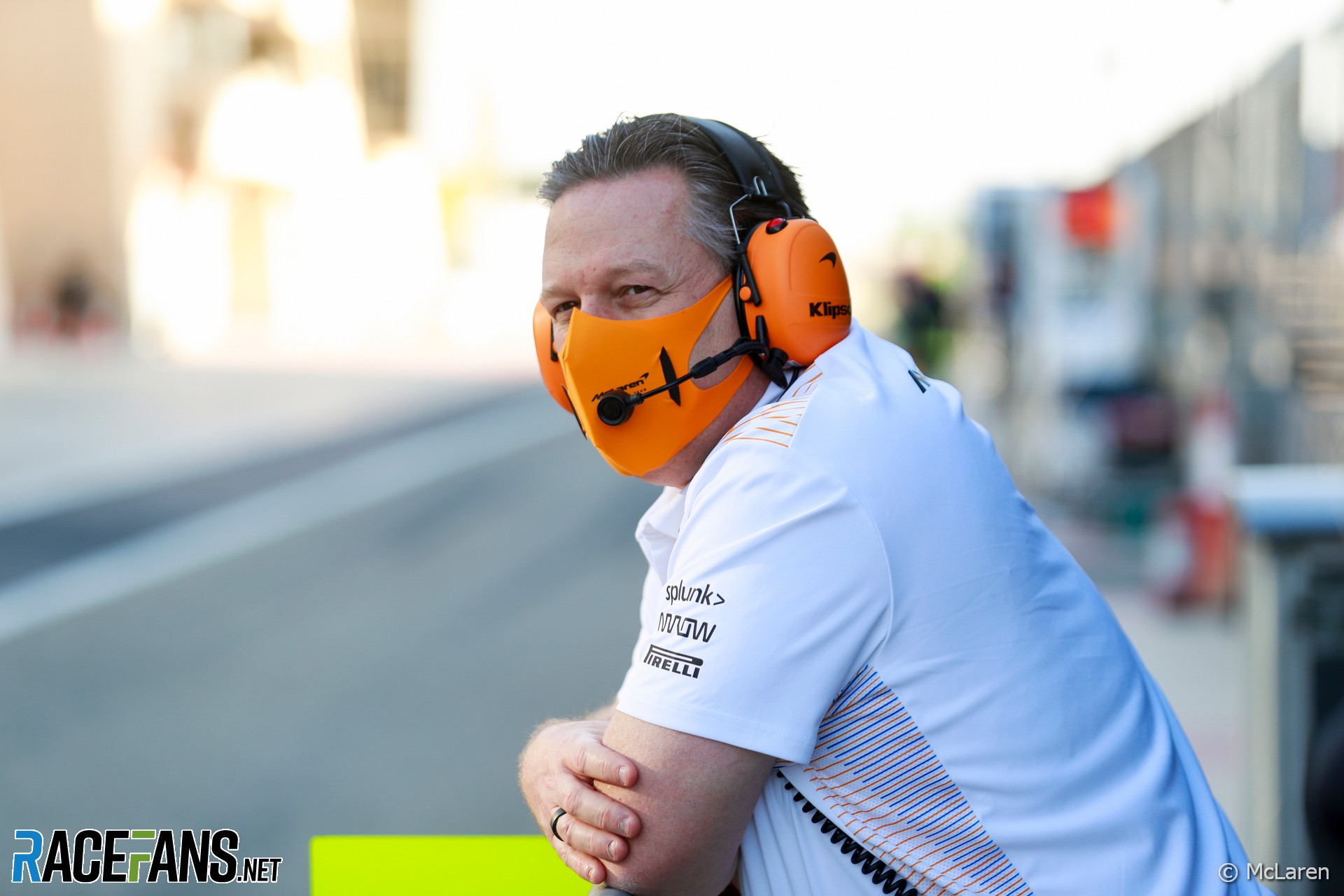 In the round-up: McLaren CEO Zak Brown says that having multiple teams able to compete for championships in 2022 is the “ultimate goal” for F1’s radical new rules

McLaren CEO Zak Brown says the “ultimate goal” for F1’s sweeping technical regulation changes for 2022 is to have “three or four” teams competing for the championships throughout the season.

New rules for this year will see F1 cars feature heavily modified aerodynamics in an attempt to make overtaking easier. Brown hopes that the new cars – coupled with rules designed to bring teams closer together in performance – should make this year even more competitive.

“I think we’ll get some winners and losers and some surprises,” Brown said. “I’d be surprised if there was dominance. You could get a team who’s maybe dominant for a small period of time, like Brawn was when they figured out something in 2009.

“I think with the cost cap now in place, you can feel the tension that’s put on the the teams of when you stop developing this car at the expense of next year, et cetera. So I’d be surprised if the field didn’t continue to get closer. My hopes are that we go into Abu Dhabi this year with three or four cars that can compete for the championship. I think that’s the ultimate goal.”

The 2022 Dakar Rally in Saudi Arabia has begun with a prologue stage to begin the two-week endurance cross-country challenge, with new FIA president Mohammed Ben Sulayem in attendance to see drivers off at the start line.

Over 400 entries split into a variety of classes including cars, quads, bikes, trucks, light prototypes and more left the city of Jeddah and travelled 225km north to Hail before a 19km sprint.

Today’s first major special stage will see competitors race 333kms around Hail before a 338km stage to Al-Artawiya on Monday.

Glad to be at the start of the @dakar today in Ha’il 🇸🇦, 1st round of the @FiA @OfficialW2RC World Championship, with @KSAF_SAMF @CSainz_oficial @SebastienLoeb @AlAttiyahN & many others. I wish all competitors & organizers a happy New Year and a successful race#W2RC #Dakar2022 pic.twitter.com/1OA44KtVSL

Always brings a smile to my face when I see this tweet. No idea why you went to the trouble of setting it up, but I’m glad you did brother. HNY everyone. https://t.co/BPawQaGNYW

"You could have had a fair five-lap shootout for the championship. Making the decisions he did and then changing his mind completely at the very last moment absolutely handed the race on a plate to Max and Red Bull after Lewis had done a flawless race. He did everything he had to do to secure the championship, including making a perfect start."

"It’s obviously another step on the ladder, so the pressure goes up a bit.There’s also a few differences between the cars, which obviously Jack’s getting to grips with now, and doing a fine job of it."

Mercedes have given us the very first glimpse of how a genuine 2022 F1 car may look, but @roger-ayles is less than excited by what this could mean for the cars we will see on the grid this season…

Boring designs that offer no/little design freedom, where we are not getting the complex & intricate design concepts & differences between teams just isn’t F1 anymore & removes one of the parts of F1 that I have adored over the past 40-ish years. I love those designs, I love watching those small developments, I love seeing new little flaps, slot gaps & stuff & working out what they do. That is a big part of the draw of F1 to me, What has kept my interest all these years & why I have always watched F1 over the many other categories.

How simple the 2022 design is just makes it look more like an Indycar. It reminds me of an Indycar was a popular comment from F1 fans when the initially revealed the concept at Silverstone, That should be a worry because you should never be able to compare an F1 car to a spec series or more junior category car. It’s lost that extreme that F1 has always had which has always made it look steps above anything else.

It looks/feels to me like F1 is losing it’s identity. It’s becoming nothing more than Indycar+.
@roger-ayles