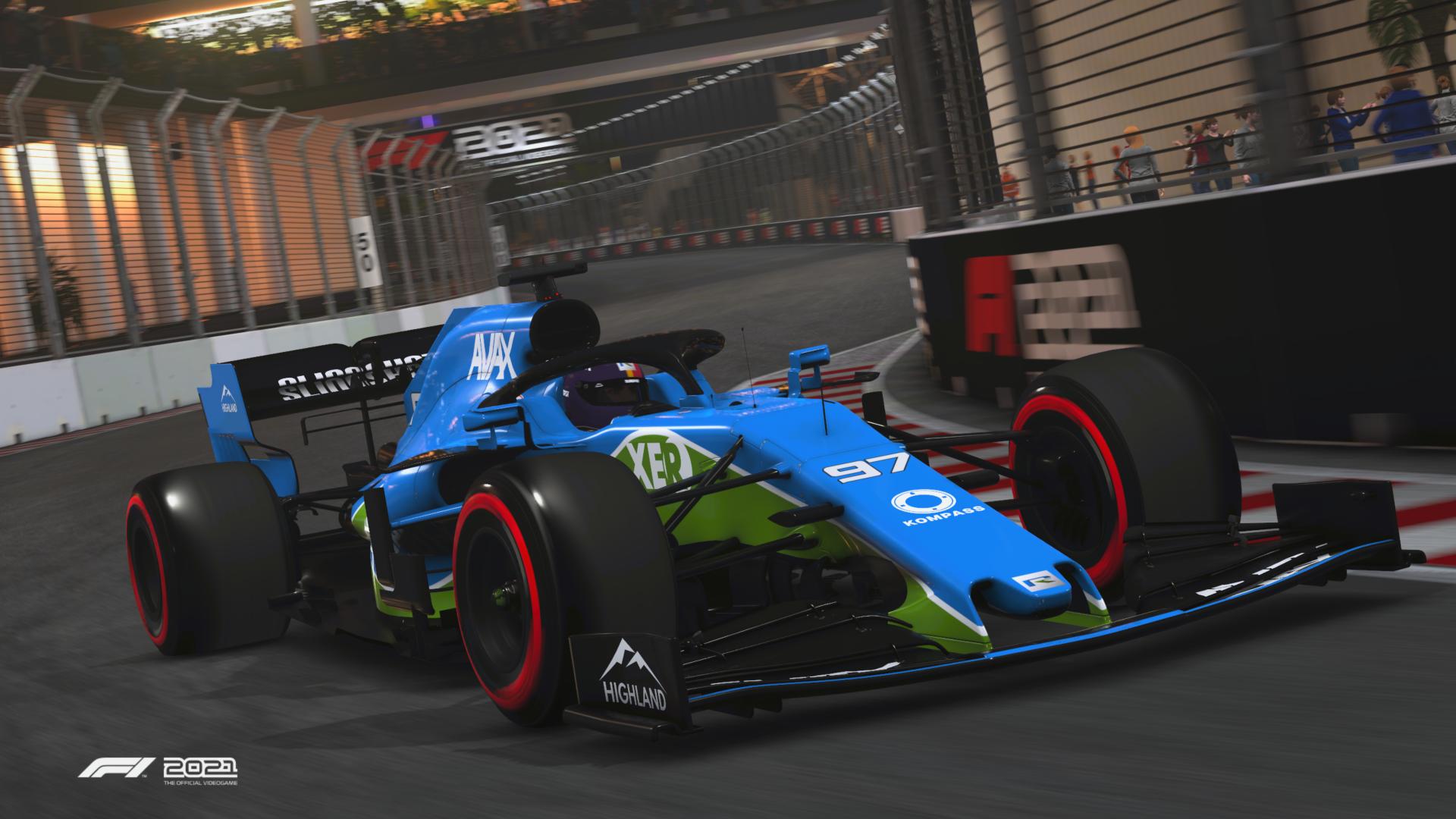 When it comes to the world of virtual motorsport, 2022 is shaping up to be a truly standout year.

From the usual slate of officially licensed titles for Formula 1, Moto GP, WRC as we see every year, to the return of some blockbuster racing game franchises and even brand new titles to anticipate, the pickings are rich whether you’re a casual with a controller or a hardcore simracer with a full rig setup.

Here are the biggest confirmed releases, the games you can expect to learn more about this year and the upcoming updates to already released games that most deserve your attention.

When Kunos ported their highly-acclaimed GT3 simulator Assetto Corsa Competizione to previous-gen consoles in 2020, it was a very welcome move to see the large audience of gamers on consoles who enjoy more serious racing games recognised.

However, the initial release of ACC on PS4 and Xbox One showed how tough it was for those machines to process the heavy physics calculations and provide smooth visual feedback at the same time. Thankfully, the game was patched on current-gen consoles to improve Competizione’s framerate to 60fps – the minimum for any serious simracer.

Now, late next month, ACC is getting a full, native re-release on current-gen consoles that will fully unlock the power of the PS5 and Xbox Series S/X consoles. With a solid 60fps at 4K resolution, free 2021 GT World Challenge liveries and private multiplayer lobbies, this will be ACC as it’s meant to be played.

Best of all, Kunos and publisher 505 Games will allow anyone who owns the previous-gen version of the game to upgrade to the native current-gen version for free. And that is more generous than many much larger publishers are willing to be over a year into these consoles’ life-cycles.

If you’ve ever wanted to try out a true racing sim but don’t have the budget to go the PC route, this may be the best opportunity you’ll have all year.

Given how the original Grid found its way into the arcade cabinets of the world, it’s no surprise that the series has remained very much on the casual, arcade side of the racing game spectrum.

While there’s definitely room for a motorsport game that puts action over authenticity, the 2019 reboot of GRID, although perfectly competent, lacked that special something to keep players engaged beyond some shallow racing thrills.

The newest entry in the series – Grid Legends – attempts to provide that missing immersion by become the latest in a long line of racing games to adopt a story mode. Through a combination of high-octane gameplay and live-action, ‘Drive to Survive’ inspired cutscenes using real actors, Codemasters aim to bring their own vision of how motorsport could be to life.

RaceFans tested a preview version of the game at the end of last year and was pleased to find its reputation for delivering immediate, pick-up-and-play racing thrills remains intact. Tackling a high-speed street course in a tiny single-seater, zipping around the outside of towering truck cabs is surely a unique challenge in motorsport gaming.

PlayStation’s most successful and famous racing game franchise returns with its first numbered entry for almost a full decade when it releases on March 4 this year.

While GT Sport has kept fans of Kazunori Yamauchi’s iconic series satisfied for a good number of years, GT7 will see a full return to the classic formula of buying second-hand cars, winning races with them, souping them up with a plethora of tuning options and earning credits to buy better cars.

With the advantage of the PS5, expect truly stunning visuals with eye-watering attention to detail and minimal load times. The full livery editor from GT Sport returns, as do a number of classic original circuits from Gran Turismo’s storied history – such as High Speed Ring, Trial Mountain and Deep Forest Raceway.

If you haven’t been able to get a hold of a current-gen console yet, you will still be able to enjoy this highly-anticipated release if you own a PS4.

Codemasters’ F1 series has grown over the last decade to become one of the biggest annual sports games of any variety, earning nominations for ‘Best Sports/Racing Game’ at The Game Awards the last two years.

The franchise’s move to current-gen consoles last year was not its best outing, however, with tracks that were patched in later and netcode problems that led to frustrations among competitive players.

While the series has always been solid, players will be expecting a lot from the 2022 edition to refresh or shake up the officially-licensed F1 title to avoid the real risk of becoming stale. But that could well be the case this year as it will be the first entry that has been developed under the ownership of EA.

There are many reasons for players to be cautious about EA’s influence over the franchise, given how increasingly unhappy players have become in recent years with their FIFA, Madden and NHL series of games. But with the publishing giant having said they would take a hands-off approach to Codemasters, fans may well find that the series could benefit greatly from a boost of budget.

We await to hear what plans the two companies have in store for this year’s F1 game with much anticipation.

It’s hard to believe it has been almost 20 years since the last time an officially licensed game of the British Touring Car Championship was released.

But while the original TOCA Touring Cars series on the PlayStation was remembered fondly by many, we haven’t seen the BTCC series emulated in a game since that time.

That is until Motorsport Games announced they would be making a dedicated game based on the popular British racing series, scheduled for release in 2022. Little is known about the game, other than Motorsport Games president Stephen Hood – formerly of Codemasters – outlining how his team want to include an “in-depth” career mode to the new title where players can “build their own team”.

There’s a lot that this game will have to live up to to satisfy the high expectations of players across the world and there’s plenty of reason for caution, but hopefully we will learn more information about the first BTCC game in so long later this year.

The name most synonymous with simracing, iRacing continues to develop and add content to its subscription based platform.

The most recent update in December added last year’s Mercedes W12 that claimed the constructors’ championship, with the great Scottish circuit Knockhill added to the platform’s extensive selection of tracks, while Watkins Glen received a full re-scan.

With features and content continuously being added, it will be interesting to see what racers will get the opportunity to enjoy throughout 2022.

The final game we’re looking forward to learning more about in 2022 is one that was announced almost two years ago. One that will not emulate the thrills of sitting in the cockpit, but the pitwall instead.

There is little known about the upcoming F1 Manager game series beyond what was shared when the game was first announced back in March 2020.

The series is being developed by the British studio Frontier Developments – most notable for the immersive space sim Elite Dangerous and Planet Coaster. And given that Frontier successfully created a virtual 1:1 scale simulation of the Milky Way galaxy, they should be able to manage 23 circuits, 20 drivers and ten teams.

The game is coming to both consoles and PC, with a multi-year deal seeing a new game over each of the next four seasons. The first game is scheduled to be released this upcoming financial year, so expect to learn more about this new franchise once the actual F1 season is well underway.

While there is a rich history of F1 management sims stretching back to the MS-DOS days, it has been decades since the last officially licensed one. Hopefully, fans will enjoy a new experience that only PlaySport Games’ Motorsport Manager has come close to providing in recent years.