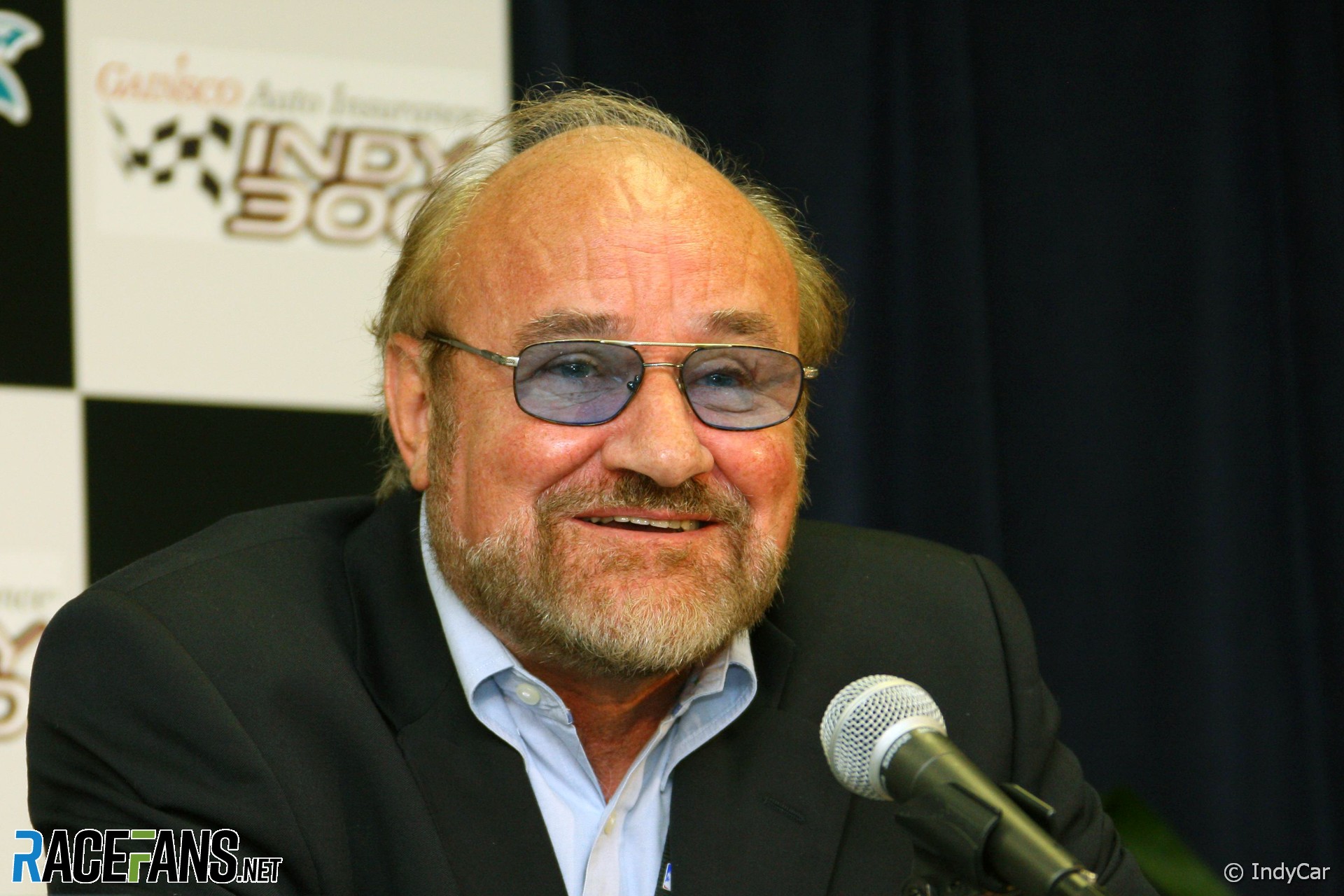 In the round-up: Kevin Kalkhoven, the former head of Champ Car who later co-owned a team which won the Indianapolis 500, has died at the age of 77.

Kevin Kalkhoven, the man who tried to salvage the series once known as CART after it fell into bankruptcy, has died at the age of 77 following a period of illness.

Together with Gerald Forsythe and Paul Gentilozzi, Kalkhoven bought the collapsed series in 2004. He also acquired engine builder Cosworth from Ford, ensuring a supply of motors for the championship, which continued for four more years as the Champ Car World Series.

But in 2008, as the series continued to struggle, Kalkhoven sold the championship to Tony George, who had provoked a split in American open-wheel racing by setting up his rival Indy Racing League 12 years earlier. The reunified championship is now known as IndyCar.

In 2013 the KVRT team Kalkhoven ran with Jimmy Vasser scored victory in the Indianapolis 500. It closed four years later, having scored its final victory in Detroit with Sebastien Bourdais.

Kalkhoven continued to serve as a chairman of the board at Cosworth. “Since his involvement with Cosworth in 2004, he had been a key source of inspiration for the business,” said CEO and chairman Hal Reisiger. “His passion for motorsport is well documented, but he was also a visionary and pioneer of future technology.”

Kalkhoven also co-owned the Long Beach Grand Prix Association. “The entire Grand Prix Association of Long Beach family is saddened to hear of the passing of our co-owner Kevin Kalkhoven,” said president and CEO Jim Michaelian. “He has provided strong support and visionary leadership over the past 16 years and his contributions to our company as well as to the racing community will be sorely missed.

“Our condolences go out to his wife Kimm and all of the Kalkhoven family in these difficult times.”

McLaren Racing CEO Zak Brown said he was “deeply saddened” by the loss of “a great colleague and friend, whose business success was mirrored by his generosity to great causes.”

McLaren SP has hired Penske race engineer Gavin Ward for the upcoming IndyCar season. Ward was previously at Red Bull during their title-winning run between 2010 and 2013. “Gavin will play a key role in our long-term ambitions in the NTT IndyCar series,” said McLaren SP in a statement.

Abu Dhabi Racing by Prema will field a three-car entry in the Formula Regional Asia series for sisters Amna and Hamda Al Qubaisi and their 46-year-old GT racing father Khaled. “We worked with Khaled, Amna, and Hamda several times during the years, and it will be special to field them all together this time,” said Prema boss Rene Roisin.

Hamburg’s famed Miniatur Wonderland in its historic Speicherstadt is now home to a recreation of the Monaco grand prix circuit, complete with a Porsche 99X Electric Formula E car. As with the rest of the exhibits they are rendered in 1:87 scale. The car is six centimetres long and was recreated using a CAD model supplied by Porsche Motorsport.

Very sad to hear of the passing of Kevin Kalkhoven. #RIPKevin

Anyone else still have @f1 binned after that utter farce of a final 2021 race? Even watching old race highlights on YouTube is too painful, never mind following the news. Still waiting to see how you’ll resolve it, @fia.

"The blast, which seriously injured one of the rally competitors, hit a support vehicle belonging to the French team Sodicars soon after it left its hotel in the Saudi city of Jeddah for the race route, according to accounts from the team and race organisers."

Formula 1 will present upgrades introduced by five teams after qualifying at each race weekend during 2022.

"British Formula One driver Lewis Hamilton also is involved in the film, though Formula 1 racing is not officially involved yet."

Yuki Tsunoda is lucky to have been given a second season at AlphaTauri, reckons @Mmertens:

Even if it’s clear that Yuki has raw speed and that he improved mentally after Albon’s coaching started, his win or wall attitude and lack of maturity played against on him. His radio outbursts on first half off the season showed how he wasn’t mentally ready to cope with pressure and his lows were much more pronounced than his highs.

To make matters worse, the fact that AlphaTauri had one of the most balanced and well rounded cars on the grid and a great performing Gasly didn’t do him any favours and extrapolated his weaknesses. It looked that he wasn’t ready yet for F1. And his lack of performance cost the team really high.

AlphaTauri should be fifth in constructors this year, and it wasn’t only because of Yuki. I can just wonder what Albon would be able to reach in this AlphaTauri in 2021, but Yuki for me was a let-down, and only his Honda ties and Japan market helped him have a second season.

Like I said in the beginning, he has speed and he can be exciting, but he will need to step up mentally and be more consistent in 2022. It will be a make or break season for him, I hope he succeeds. He’s really lucky to have a second chance.
@Mmertens