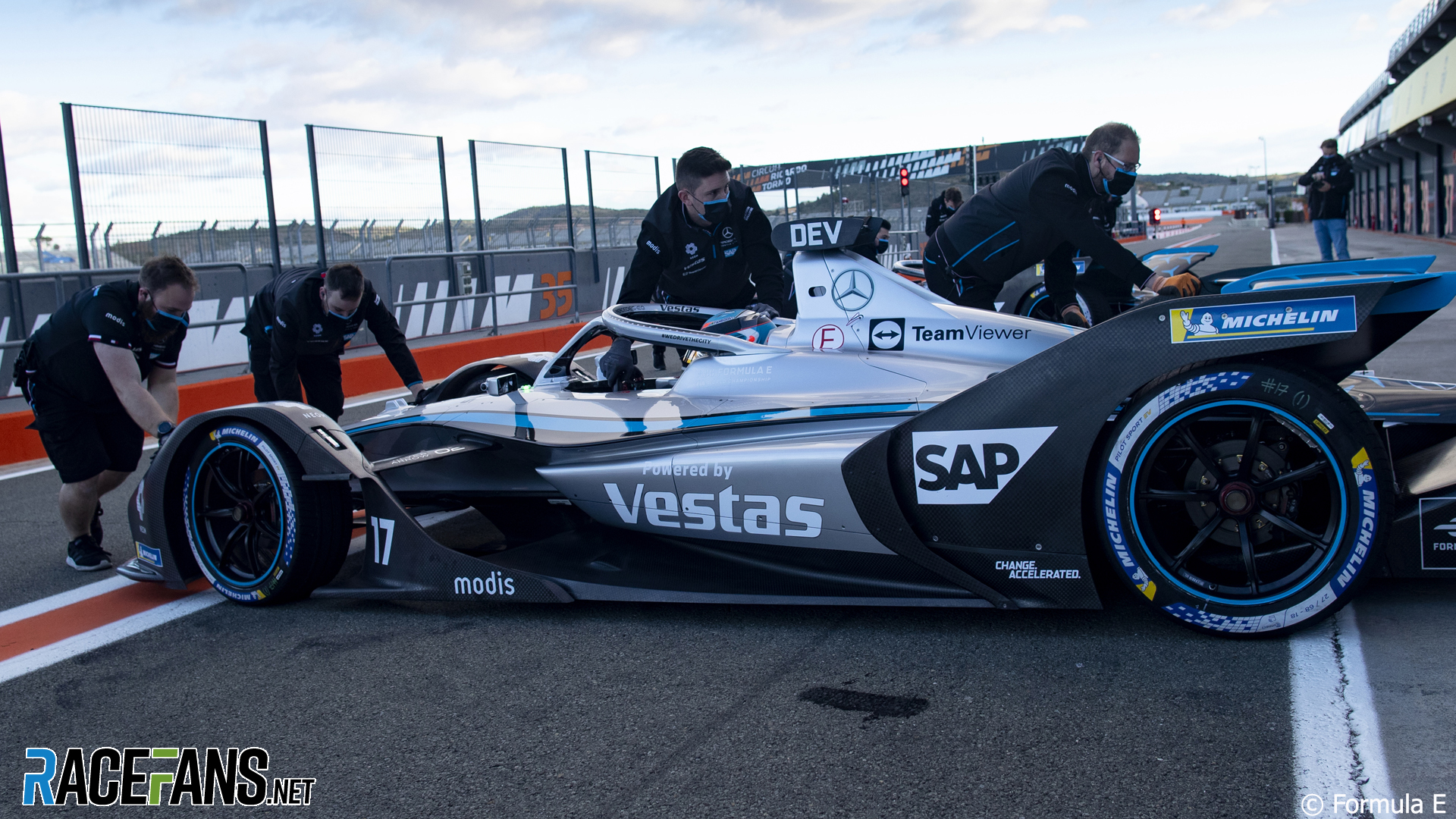 In the round-up: Mercedes Formula E team principal Ian James says the team’s imminent departure from Formula E must not be a distraction from their defence of the titles they won last year.

Mercedes Formula E team must not be “distracted” by manufacturer departure

After winning the constructors’ title and taking Nyck de Vries to the drivers’ championship last year, Mercedes has one season left in Formula E before it departs.

Speaking to RaceFans, James acknowledge the manufacturer’s exit was “not, obviously, the decision that we were hoping for from a Mercedes perspective” but said his team’s focus is “absolutely 100 per cent on defending those” title.

“I think that the initial disappointment was actually pretty short-lived,” said James of the team’s reaction to Mercedes’ decision to leave. “The team itself is fully focused on season eight and season eight alone and the same to defending these titles.”

With the factory effort due to wind down at the end of the 2021-22 season, the team is conscious of its duty of care towards staff’s futures. “Obviously, from my own perspective, it’s split between getting things ready for season eight and making sure that we’re match fit for the staff,” said James. “But at the same time, with one eye on the future and making sure that we’ve got that well structured as well.”

The 2022 Formula E season will begin with two races in Riyadh on January 28th and 29th.

The off-season break is especially crucial for Alpine this year due to the introduction of the budget cap last year and the revised technical regulations for 2022, according to the team’s executive director Marcin Budkowski.

“It’s probably the most important winter for this team since Renault came back because it’s the first car we’re designing under the cost cap,” said Budkowski, who sees the upcoming season as a vital opportunity for them to close on their competitors.

“We’re not on the cap, we’re below so it’s actually not impacting us, but it’s impacting our competitors. So in relative terms, it gives us a better platform, a better position. It’s a new reset, some areas of the teams that are working a lot better and I’m excited to see what they’re going to do.”

Entries for the 2021 Virtual Le Mans, running on January 15th and 16th, have been announced, with several F1 teams’ esports outfits among the list. Alpine, Ferrari Driver Academy, Williams, Mercedes and Red Bull will enter teams for the 24 hour virtual event and W Series has announced it will make its first foray into esports (outside its own virtual 2020 championship) with an entry in the GTE category.

Max wasn’t the first Dutchman with #33 chasing Lewis Hamilton. Back in 2000, the best years. @LewisHamilton pic.twitter.com/ZAClSIpHgP

"The free-to-enter competition, open to drivers aged 14 and 15 with permanent residence in the United Kingdom, will provide one male and one female winner with six months of professional driving training from Motorsport UK’s Academy to aid their development ahead of a full season – plus testing – in the Rokit Racing Star F4 team in 2023, supported by Hitech GP."

"A giant mural of Schumacher was unveiled in Sarajevo, the capital of Bosnia and Herzegovina, to recognise the humanitarian help the F1 driver provided during the country's hour of need."

Did year one of DTM's GT3 era work for young drivers? (Formula Scout)

Liam Lawson: "With F2 the calendar has been so spread out with so few races that I would have just been sitting around most of the year doing nothing. So at the same time it’s kept me race fit as well. I’m really glad to have done it."

"The FIA’s priority right now must be to keep the sport’s biggest star - and to that end, show real transparency and get this review carried out quickly and efficiently. F1 needs Hamilton more than he needs F1."

"He’s only prolonging the pain and heartache - as well as making life more uncertain for those so desperate to see him return."

Michael picks out an interesting stat about relative time in junior series between Lance Stroll and four other of the 2022 F1 field.

Based on pre-F1 performance Stroll definitely has speed. He won a lot of F4 and F3 races with two dominant titles. Even in his rather messy first F3 year he still beat Russell and Albon (but finished behind Rosenqvist, Giovanazzi, Dennis and Leclerc. In his dominant F3 title-winning year he beat Gunther and Russell again and others including Zhou and Mazepin (who was a genuine backmarker).

The criticism was whether he was too young and inexperienced and whether extra testing/preparation gave him too much of an edge. However as he spent such a short time in junior categories (three seasons) overall the money spent on him probably wasn’t excessive.

Drivers like Mazepin, Zhou, Latifi and Albon spent far longer in junior categories, competing for a combined 29 seasons, in multiple categories per year, with only one title between them (Zhou’s 2021 Asian F3 title in his eighth year of car racing).
Michael