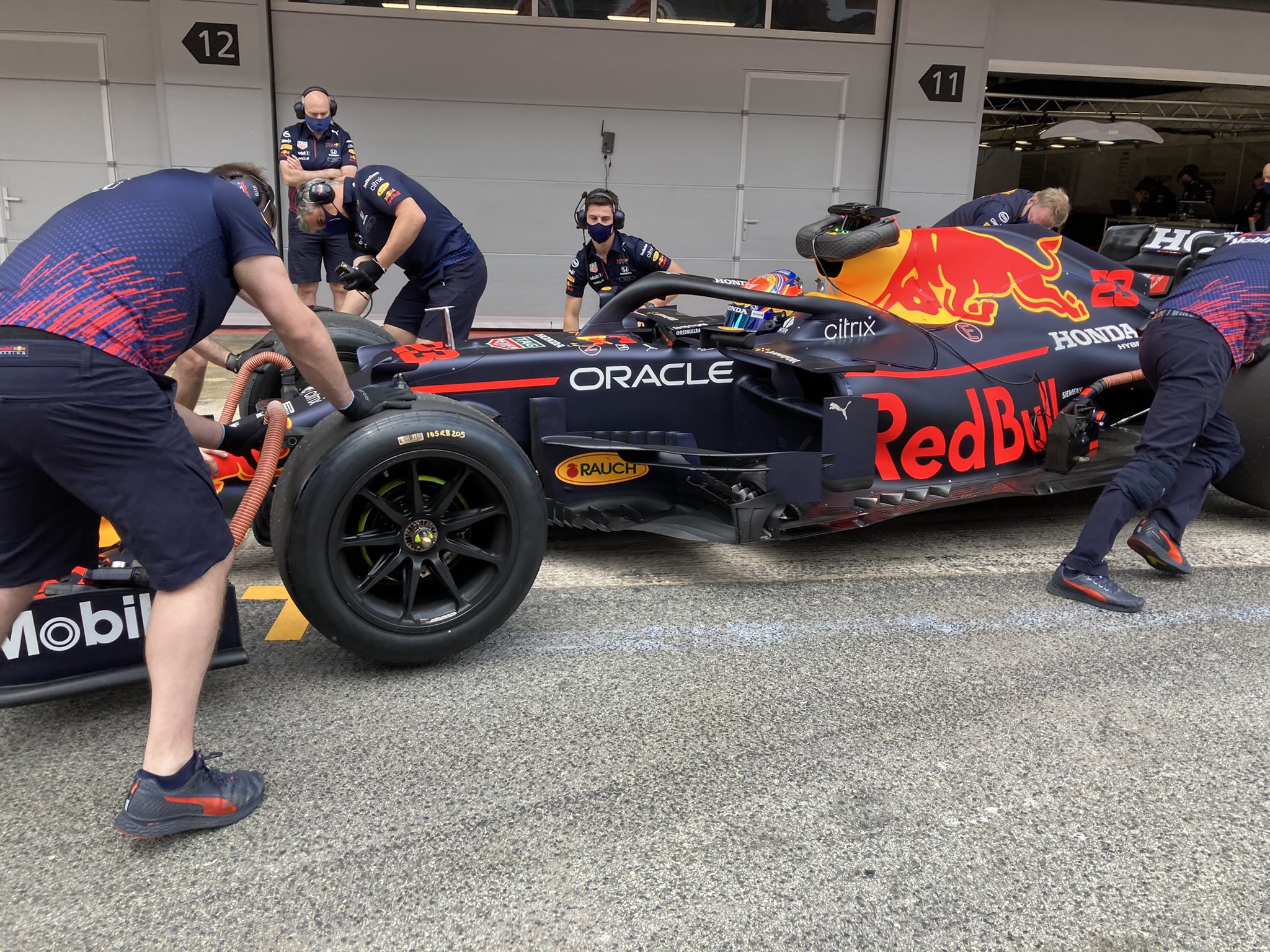 In the round-up: Alexander Albon’s experience of testing Pirelli’s 18-inch tyres for Red Bull will be of limited use to Williams, despite the team not having run the new rubber yet.

Williams was unable to participate in last year’s development tests of the 18-inch rubber as it did not produce a ‘mule car’ to run them. Albon, who has moved to the team having been Red Bull’s reserve driver last year, has tested them, but Robson says that won’t help them make up much of their shortfall in experience.

“In terms of information that will help us, I think that might be of limited value because we don’t know the details of the Red Bull car that did the tyre testing,” Robson said. “Clearly that’s important from how you prepare the tyres and how much downforce they need to work with.

“He may have a few useful bits of information or some ideas but I think in reality it’s probably of fairly small value. Plus, of course, [they’re] quite rightly quite limited what he can say about that car and the test they were doing, that’s kind of not any of our business, really, that’s Red Bull’s data.”

Robson says that the team have prepared an extensive programme to help Albon acclimatise at his new team for 2022.

“We’ve got that programme more or less sketched out for his time in the factory,” he said. “Obviously he’s got a lot of people to meet and do the normal seat fit work and make sure that he’s going to be comfortable in the car. We’ve then got a fairly extensive simulator programme lined up. So Nicholas [Latifi] has already kicked off some of that work for [the FW44] in the simulator along with the other drivers who do the simulator work. But that programme is well underway and Alex will join it for real in January.”

Formula 2 and Formula 3 will test together at Bahrain International Circuit on March 2nd to 4th. The series have also confirmed their testing dates at Jerez and the Circuit de Catalunya in April.

Add the F2 and F3 2022 race and test calendars to your mobile device here:

The group announced that it had sent a “dead dog prop” to Domenicali’s residence along with a letter to ask the CEO and president of Formula 1 to encourage Liberty Media to end sponsorship of the annual Alaska-based dog-sledding race through their GCI brand. F1 has no connection with the race or GCI beyond their shared ownership by Liberty Media.

The Iditarod is an annual race in which teams of dogs pull sleds over hundreds of miles across the snow-covered state, with the competition lasting for several days. According to the Humane Mushing organisation, over half of the 796 dogs entered in the 2020 Iditarod race dropped out after being unable to continue.

Apply to be a #MiamiGP track marshal this May 👇 https://t.co/qp5w8qKGgB

Great to see the Tatuus MSV-022 on track at @MSV_BA today! pic.twitter.com/HrLOYTusN3

2022 @Nissanedams driver and generally extremely lovely/thoughtful guy @maxg_official has become an ambassador for the International Fund for Animal Welfare, to use his position in FE to promote awareness of and address issues animals face due to climate change pic.twitter.com/egBMYNTMGU

"The plan is now for Audi to team up with the McLaren motorsport division and also take over Woking’s automotive arm. It´ll be a one all-in parcel, racing and automotive, lock, stock and barrel. CAR understands the diligence phase has not yet begun, but the lawyers of both parties are already talking, and the main stakeholders - among them the Mumtalakat Holding Company from the Middle East - are allegedly willing to sell the loss-making car business."

"There were enough people disgruntled throughout the year that we need to look at the rules. And keep in mind that it’s the teams who make most of these rules. So as you’ve heard me bang on about, I’d continue to like to see less influence from the teams, because we’re the ones who developed half of these rules."

"One of ACR F4’s main selling points will be low costs for F4. While a year in ADAC or Italian F4 can cost upwards of €250,000, the organisers in central Europe are aiming to keep annual running costs down to €50,000-€100,000. That would mean far less testing than other series on the continent."

"SunSport understands that Mercedes are in contact with Hamilton, which would imply he is not yet ready to quit."

How can Lance Stroll’s abilities and credentials to be on the F1 grid be assessed when his own father is heavily involved in the ownership of the Aston Martin team? Reader @ajayrious believes Stroll’s junior formulae achievements deserve more recognition:

I feel like the suggestion that Stroll wouldn’t be in F1 if his father wasn’t paying for it (or owner of the team) is erroneous given his junior record.

In fact Stroll probably would be a better driver without quite so much of his fathers money. He wouldn’t have been promoted far too early to a Williams team that wasn’t capable of nurturing him and his talent. Instead he would have gone on and done GP3, GP2/F2 and learned his craft a bit more.

When you look at a driver like Mazepin for example, who comes from a very similar background and backing. The difference is obvious in the two’s talent level. Mazepin despite all his father’s money still managed to spend 10 years in junior formulae being unsuccessful before his father all-but-bought a team for him to drive for. Stroll however took his father’s money and succeeded, winning championships and earning an albeit far too early call from Williams.

I’m not saying that in the same team Stroll would suddenly start beating Lewis or Max, but he definitely deserves better than to be thrown into the huge no talent pay-driver maelstrom that Mazepin and Zhou are part of.
@ajayrious