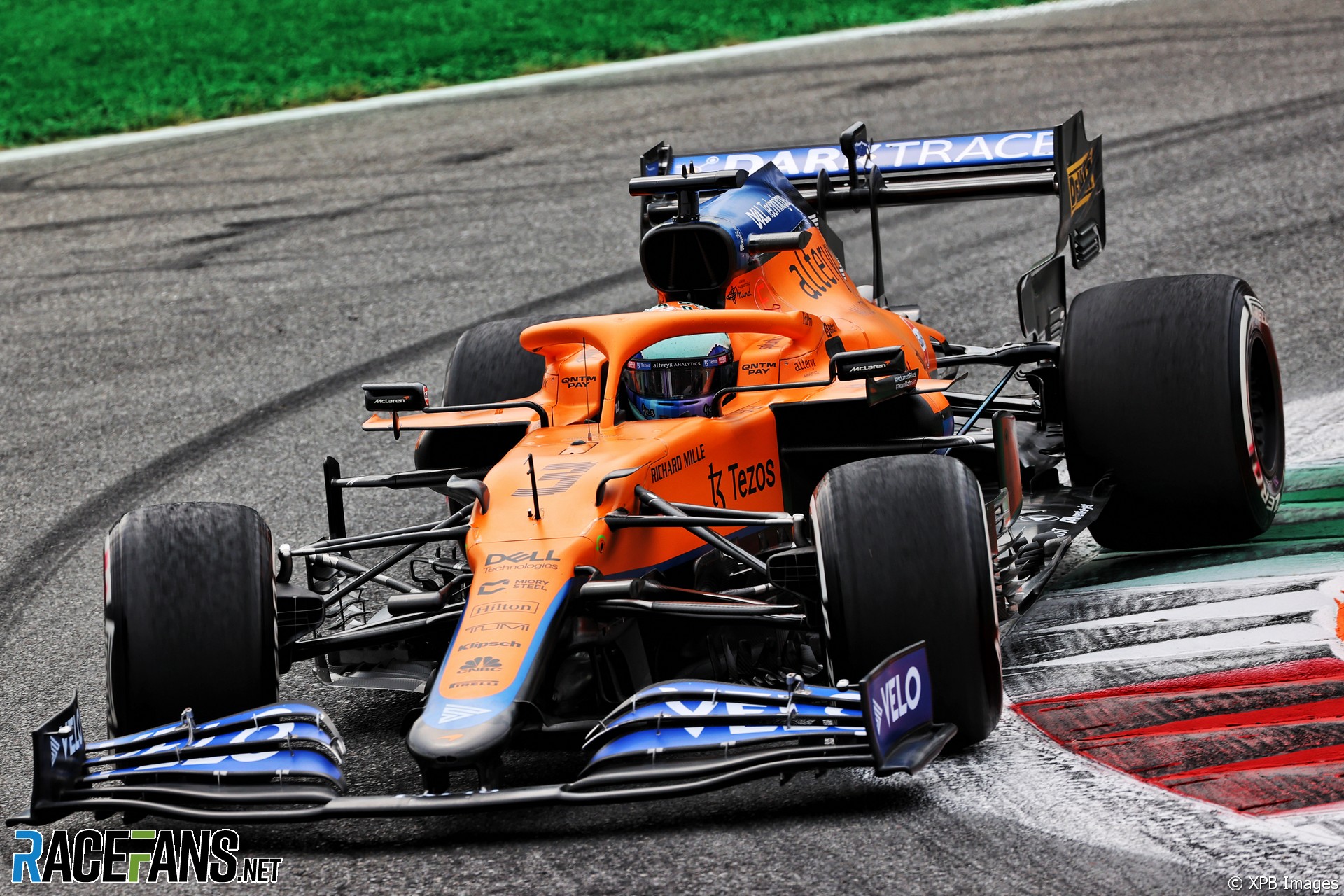 Daniel Ricciardo says his struggles through the 2021 season helped him to understand what his strengths and weaknesses are as a driver.

Speaking on the Gypsy Tales podcast, Ricciardo discussed his challenge adapting to his new car and team throughout the season.

Ricciardo said working out how to extract the maximum speed from the McLaren helped him to realise what his strengths behind the wheel are.

“After racing in F1, at least, for ten years, it was [last] year that I actually found out what I’m good at,” Ricciardo told podcast host Jase Macalpine.

“So through the growing process and trying to get better, driving the McLaren, through my understanding my weaknesses, I also understood my strengths. I went, ‘oh wow, ‘that’ enabled me to do ‘this’ the last few years’. Okay, so that’s what I need in the car because that’s me and that’s what gives me the most kind of natural approach to a corner. So this is what I need to give the engineers. I need to give them this information so I can do that because, yeah, that’s my strength.”

After moving from Red Bull to Renault in 2019 and then signing with McLaren for 2021, Ricciardo says being forced to adjust to new surroundings has challenged him to develop his interpersonal professional skills.

“I think just being in a different room, you’re forced to grow,” Ricciardo said. “You’re going to make new relationships, you’re going to learn how to be a leader or just pick up new skills, people skills, whatever that is. So there’s a lot which just comes with it and that’s exciting.”

Ricciardo also revealed he had put extra pressure on himself to perform at the Italian Grand Prix prior to his eventually winning the race, but that leading was the “most chilled I’d been” all season.

“I definitely had a… chip on my shoulder and I’d given myself the time during the summer break to reset and kind of flush away the shitty first six months,” Ricciardo explained.

“I was able just to be in the zone. Honestly, I was even singing during the race, I was tapping the steering wheel – like I was just kind of having fun. In a moment where everyone would think ‘this is like the most pressure the car’s had all year, he’s leading’, but it was the most chilled I’d been. And I was so confident, and that was a place where I’d kind of built up to it the whole weekend.

“I think it was also – and this is now the ego – where it’s like a ‘fuck you’ to people who had already written me off.”