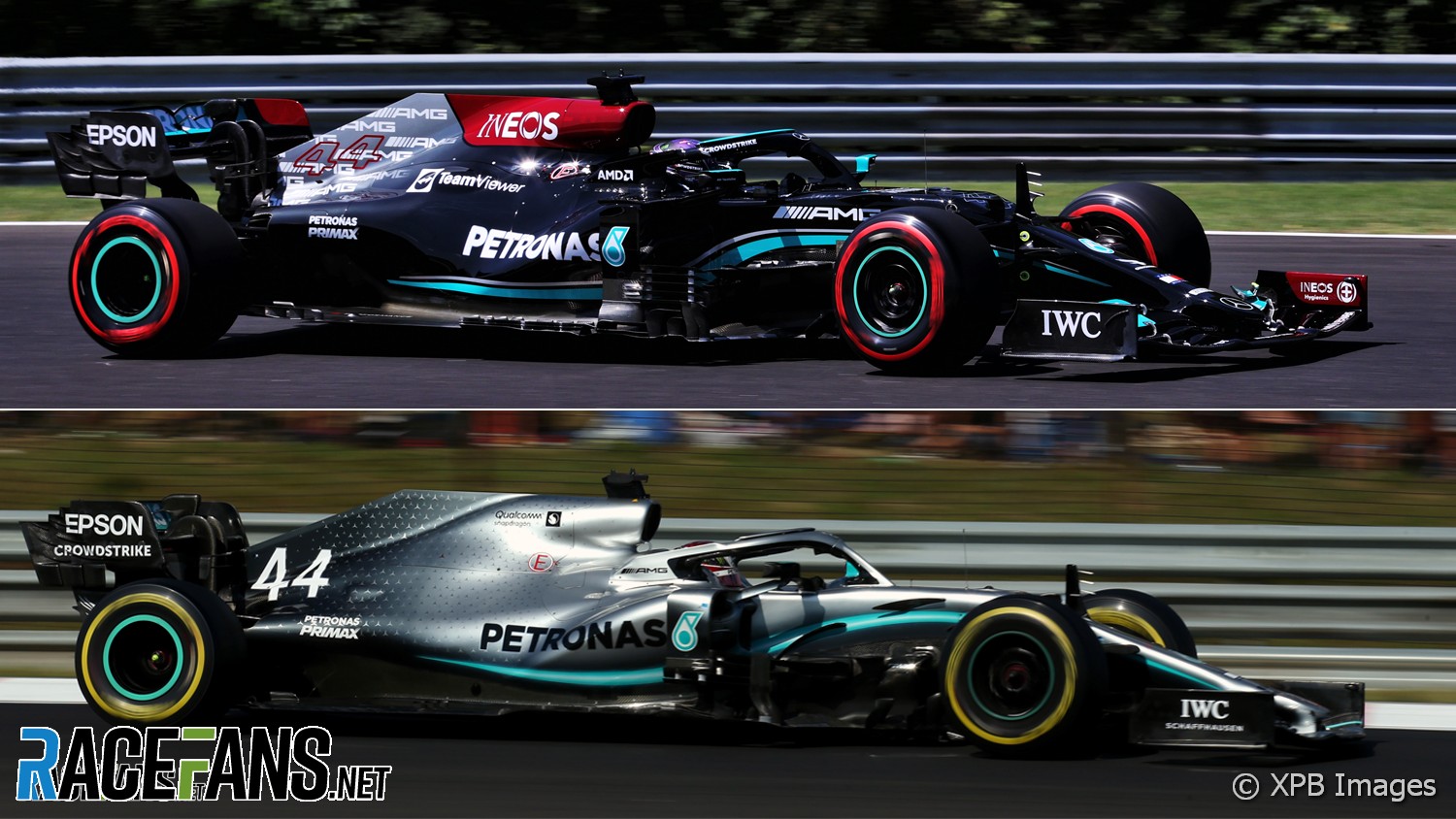 When Mercedes ditched its traditional silver colour scheme for a black paint job in 2020, the team made a powerful, visual statement about its commitment to promoting diversity and tackling racism.

However Austrian and German media reports have claimed the team will revert to its heritage silver paintwork for the 2022 F1 season.

Making a sudden change in livery one season only to drop it again two years later might seem an unusual move. But the first reports indicating this was Mercedes’ plan emerged back October 2020, when team principal Toto Wolff was quoted by Austrian motoring magazine Auto Revue as saying they would keep their new look for one more season, then change the year after.

The team batted away questions about its livery plans last year, pointing out – not unreasonably – that the championship fight against Red Bull was their priority. Shortly before the new year German newspaper Bild restated the claims a change was coming, telling its readers “the silver arrows will be silver again”.

After the new year Mercedes put out a teaser image of a 2022 show car in a black livery with Mercedes logos superimposed onto its nose and Halo. The show car was obtained last year for livery testing purposes.

This in itself does not mean Mercedes are changing their colour scheme again: Teams regularly conduct such tests to evaluate how well their paint jobs will appear in photographs and on television. The car was photographed in black prior to being painted for the tests.

Although Mercedes has yet to reveal its livery plans for the upcoming season, RaceFans understands it has decided how its car will look.

In 2020 the team launched its car in one colour and then raced it in another. The W11, like its 10 predecessors, was originally seen in a silver livery.

Mercedes had dabbled with an alternative look the year before at the 2019 German Grand Prix where it ran a part-white colour scheme in a nod towards a famous (though untrue) tale about an early race contested by the team. But the black livery was no one-off.

The change from silver to black in 2020 came about at the instigation of Lewis Hamilton, after he reflected on the lack of diversity he saw in F1 teams’ staff photographs and was spurred into action by the Black Lives Matter protests which arose in response to the killing of George Floyd on May 25th. The start of the F1 season had been delayed due to the Covid-19 pandemic, and during the hiatus Hamilton discussed with Wolff what the team could do to encourage greater participation in motorsport by black people and others from under-represented backgrounds.

The following month Hamilton launched The Hamilton Commission to promote diversity in motorsport. A few days later Mercedes revealed its change in livery, accompanied by a commitment to launch a programme to improve the diversity of its workforce.

“In our organisation, just 3% of our workforce identify as belonging to minority ethnic groups and only 12% of our employees are women,” the team noted at the time. “This lack of diversity shows that we need to find new approaches to attract talent from many areas of society we do not currently reach.”

The black livery has remained while Mercedes has begun taking steps towards its goal of bringing 25% of its new recruits from under-represented groups in every year until the end of 2025. This target was defined in its Accelerate 25 programme, launched in December 2020.

By this time the team had already launched its Mulberry STEM Academy to offer extra-curricular programmes in science, technology, engineering and mathematics subjects for students aged seven to 18. This targets students from schools which “achieve well and currently have progress well above the national average in many areas [but whose] students do not routinely enter degree courses and apprenticeships in STEM subjects”, said the team.

Two further steps towards its Accelerate 25 goal followed early last year. In March Mercedes began a partnership with the Stemettes to attract women from under-represented backgrounds into engineering, pairing them with Mercedes F1 engineers on four-month mentoring programmes. A month later it announced a similar arrangement with the Association for Black and Minority Ethnic Engineers UK, placing students on work experience programmes and reaching out to them through a series of events.

In July Hamilton’s commission announced the findings of its investigation into the representation of black people in British motorsport and made a series of recommended improvements. Following that, Mercedes and Hamilton launched Ignite, a charitable initiative to promote diversity and inclusion in motorsport, backed by a “multi-million dollar fund” which both contributed to.

These were steps of the kind Hamilton was eager to see at the beginning of 2021. “Last year there was a lot of discussion about equality and inclusion,” he said. “I think there was a lot of talk, this year it’s all about pushing for the diversity and really making sure that action is taken.”

Now that tangible steps are being taken, does Mercedes still need the aesthetic gesture of a special livery? Or does the team intend to keep it in place longer – say, for the duration of the Accelerate 25 initiative?

There have been indications Mercedes only intended the black colour scheme to be temporary. Its Formula E team followed the F1 squad in adopting a black livery for the season finale in Berlin in 2020, but this was only ever to be for one event only and it returned to a silver livery the following season. Mercedes also reintroduced some silver on the fin above the engine cover on last year’s F1 car, in a nod towards its closer co-operation with performance brand AMG.

Changing liveries was an eye-catching move which drew attention to changes within Mercedes which, though important, would not have attracted as much interest otherwise. Two years on, having put in place the processes by which it intends to create its more diverse workforce, Mercedes may feel the black livery has served its purpose.

Even so a binary switch-flip from black to silver may risk inviting false assumptions that Mercedes’ drive for diversity is over, or the team believes its mission has been accomplished. Perhaps when the W13 is uncovered the reports of a return to silver will turn out to be largely true, with one area of the car reserved to continue carry the black branding.

But whether or how much of the black livery stays ultimately matters less than the change in philosophy it signified, which Mercedes appears to have wholeheartedly embraced.

41 comments on “Are Mercedes really planning to switch back from a black to silver livery?”