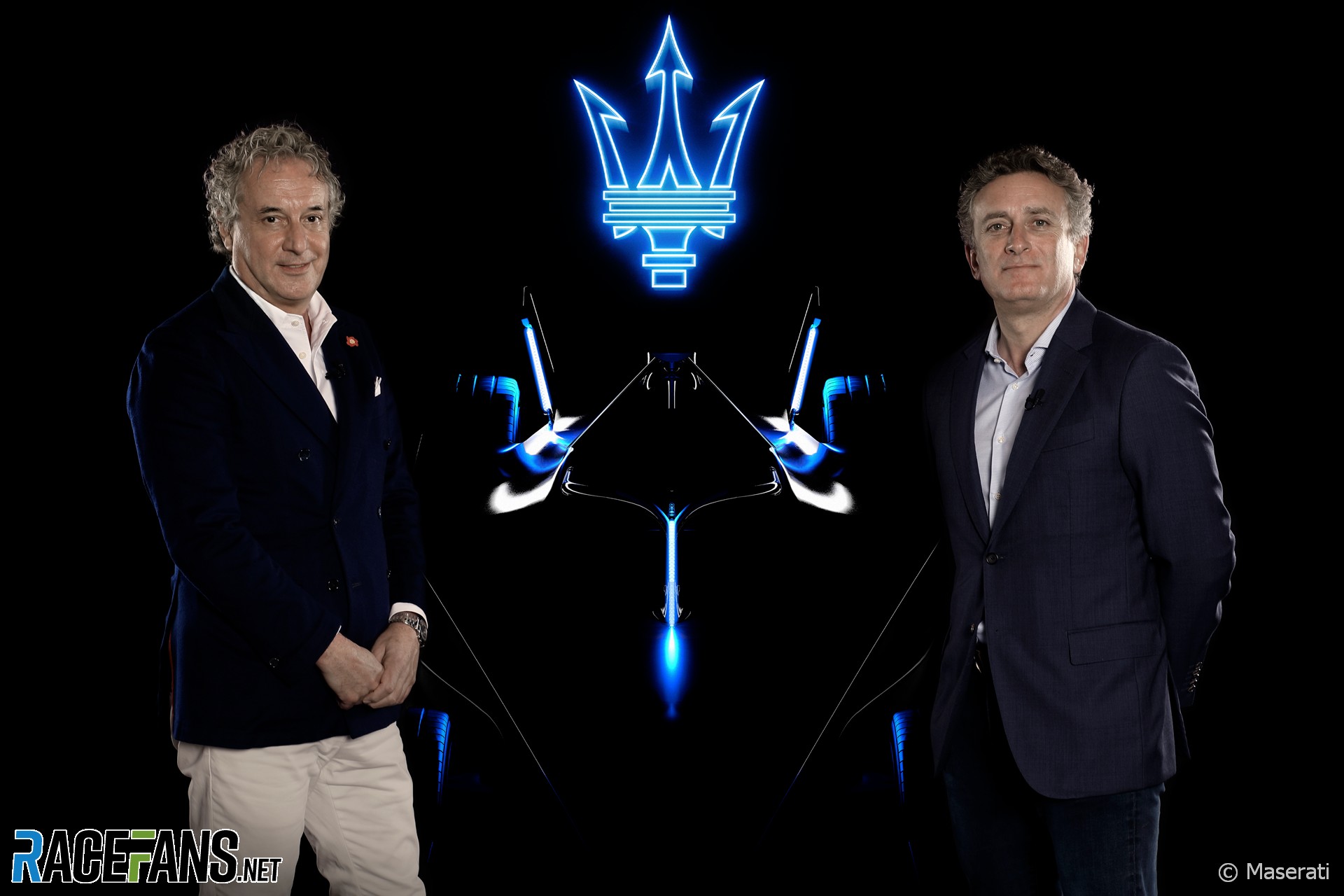 Maserati will return to motor racing next year after confirming it plans to enter the Formula E world championship.

The Italian performance and luxury car brand will join the series when it introduces its new third-generation chassis and drivetrain for its ninth season in 2023. The ‘Gen3’ car will feature a 350Kw motor capable of pushing the lighter, under-800-kilogram chassis to speeds over more than 320kph (200mph).

The Formula E campaign will be Maserati’s first official foray into international motorsport since their MC12 project in the early 2000s which saw the marque compete in GT1 class racing, taking multiple victories in the Spa 24 Hours.

Maserati is part of the Stellantis automotive group along with DS Automobiles – which already competes in Formula E – Fiat, Citroen, Peugeot and others. The Italian brand is introducing a range of fully electric vehicles under the ‘Folgore’ (Italian for ‘lightning’) badge.

CEO Davide Grasso said the company is “very proud to be back where we belong as protagonists in the world of racing.”

“In the race for more performance, luxury, and innovation, Folgore is irresistible and it is the purest expression of Maserati,” he added. “That’s why we decided to go back to racing in the FIA Formula E World Championship, meeting our customers in the city centers of the world, taking the Trident forward into the future.”

Maserati has not confirmed whether it will compete as a new factory entrant or partner with an existing entry such as Andretti, which ran BMW’s Formula E until last year, or Venturi.

Formula E has been hit by a series of withdrawals in recent years. Audi and BMW are not returning for this year’s championship and Mercedes will leave at the end of the coming season.

New FIA president Mohammed Ben Sulayem welcomed the latest addition to the all-electric category. “For such an iconic manufacturer with a tremendously proud and successful heritage in motor sport to pledge its commitment to the series is testament to the overwhelming faith in the ABB FIA Formula E World Championship’s future as we prepare to usher in the next era,” he said. “The new Gen3 single-seater will represent the pinnacle of sustainability, technology and performance.”

The new Formula E season will begin in Saudi Arabia at the end of the month.