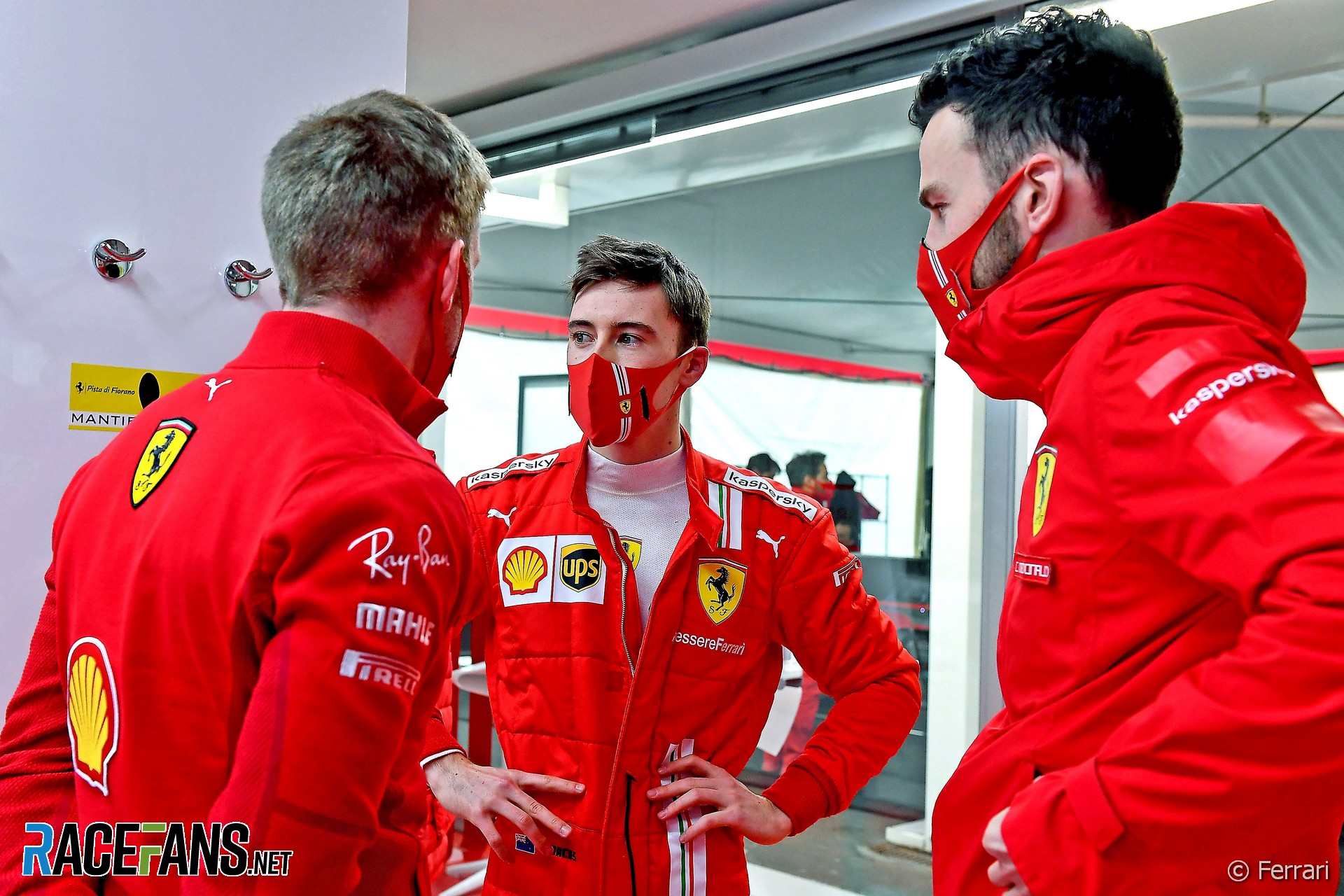 In the round-up: Changes in the Ferrari Driver Academy leave it with no juniors racing in Formula 2 this year.

Ferrari has announced the nine members of its Driver Academy for 2022 after several of its top names have moved on from the programme.

The most senior members of the programme are Haas racer Mick Schumacher, who will be Ferrari’s reserve driver at selected rounds this year, and Robert Shwartzman, who will not return to F2 as he takes on a testing role with Ferrari. F2 racer Marcus Armstrong will not continue with the FDA while Callum Ilott, who has moved to IndyCar this year, is described as being on a “gap year” by the team. Having fielded five drivers in F2 just two years ago, Ferrari will have none this year.

A pair of FDA drivers will race in F3, however. Arthur Leclerc returns for a second season having won twice last year. He will drive for Prema alongside recent FDA recruit Ollie Barman.

IndyCar’s leading feeder series will cut the number of races on its calendar from 20 to 14 next year. The Indy Lights championship will begin with a single race in St Petersburg on February 27th, then visit Barber Motorsports Park, Indianapolis Motorsport Speedway grand prix circuit (two races), Detroit (two races), Road America, Mid-Ohio, Iowa, Nashville, Gateway, Portland and conclude with a double-header at Laguna Seca in September.

Since 2008 we've invited our readers to give their verdicts on every grand prix in Rate the Race.

"This deal was said to be that Masi and FIA head of single-seater technical matters Nikolas Tombazis would no longer be in their positions for the 2022 season. Mercedes deny that any such deal was reached, and insist that they dropped their appeal after receiving assurances only that the issue would be treated seriously and appropriate action would be taken by the FIA."

"Many are speculating that Morocco is most probably the North African country Domenicali mentioned. In addition to its rich culture, and beautiful cityscapes, Morocco already has a history with Formula 1 racing."

"Motorsport UK is seeking applications to represent the nation in the 2022 FIA Karting Academy Trophy, a prestigious international championship for 12-14-year olds."

"TGRNZ was due to run its field of Toyota FT-60 cars for a one-off weekend including the 67th Grand Prix next month, but recent changes in the border and MIQ requirements has left organisers with little option."

Lundgaard on the pace in Sebring test with RLL (Racer)

"It took me five laps and I was straight on pace. And I think actually on my fifth lap, I was faster than Simon and Castroneves, and they’ve done tons of laps, if not 100,000 (at Sebring). But for me, it’s not so much about being straight on the pace; I think you learn by doing. It’s to understand how you’re quick, and to understand the car."

F1 Race Day in the RSR (Mercedes via YouTube)

F1 should take the plunge and introduced synthetic fuel before its junior categories do, argues Scotty:

Does this seem backwards? F1 makes a big deal about being the pinnacle of motorsport and having the smartest people on the planet. How about unleashing the power of those talented individuals. Everyone has to be full synthetic in three years. It doesn’t matter if it’s plant based, hydrogen, solar panels or moon rocks. If you make more power, so be it. Five years after the change, you share your information with the public.

If this isn’t the kind of innovation that F1 embraces, they risk becoming a niche sport running old word technology.
Scotty (@Rockonscotty)