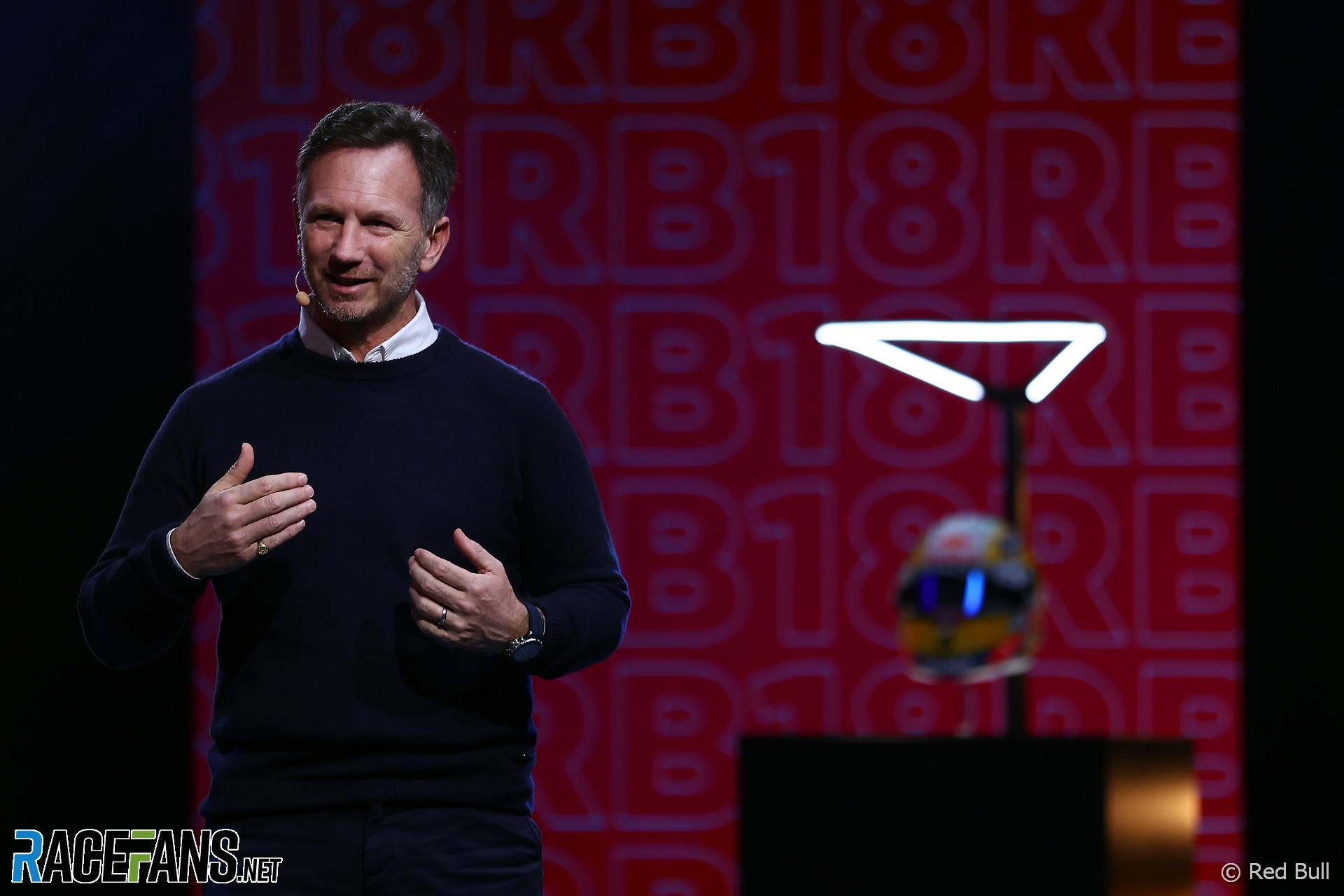 Red Bull team principal Christian Horner acknowledged the team’s focus on its successful 2021 campaign may have allowed their rivals to gain ground on them ahead of the new season.

Formula 1 has introduced sweeping new technical regulations for 2022. Red Bull were involved in a close championship fight with rivals Mercedes, which wasn’t decided until the final race of last year.

While the title contenders continued to develop their cars through much of last season, other teams prioritised their 2022 projects from the outset. Speaking at the presentation of their new car for 2022, Horner said he is aware their rivals may have exploited this opportunity to catch up.

“We’re aiming very much to build on what we achieved last year, so the target is to try and obviously retain the title,” he said at the team’s presentation of its new car.

“The big unknown is, have we missed something with these regulations? Has another team stolen a march because of the focus and effort that went into 2021?

“We believe we’ve got a good car, RB18, as you know, coming to life and seeing it today is fantastic. It’s the culmination of a huge effort from the team and we’re looking forward to seeing it out on the track in anger.”

Horner admitted the car the team will run in the first race of the year will look very different to that presented by the team today, which bore a strong resemblance to the 2022 show car F1 displayed at several races last year. He said the team had to take a completely different approach to designing its new car to F1’s changed rules set.

“Every single component is brand new this year,” he said. “And with it being a ground effect car, with it being designed to make overtaking hopefully easier, the cars easier to follow each other, that’s changed the whole philosophy of how we design these cars.

“So it’s a steep learning curve, it’s steep for everyone, and it’s a race of development between first race and the last race.”