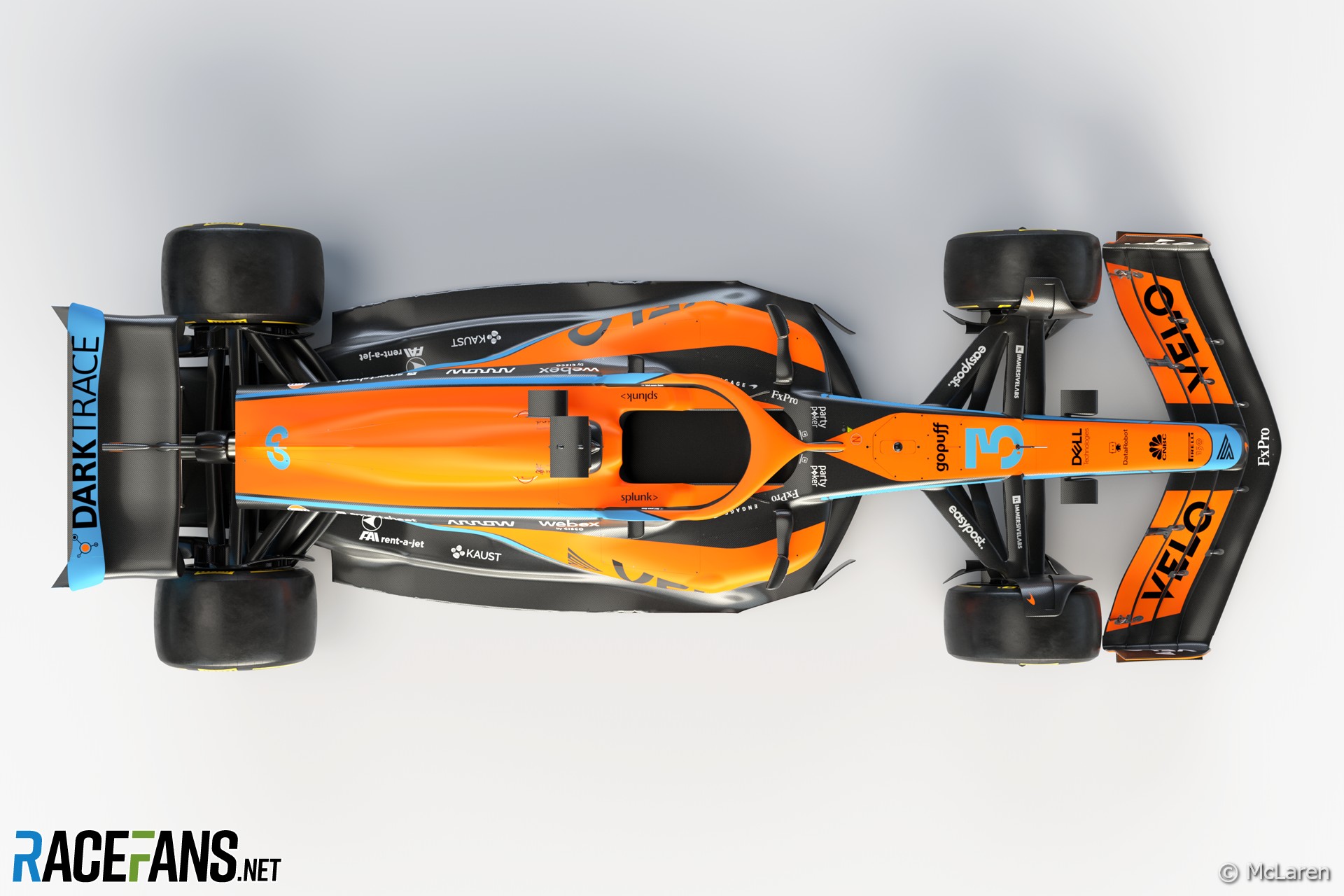 Daniel Ricciardo hopes the radical new cars for the 2022 Formula 1 season will require a more physical approach at the wheel.

McLaren have become the latest team to launch their 2022 car, the MCL36, which has been designed to F1’s dramatic overhaul of the technical regulations to improve the quality of racing in the series.

Ricciardo says that the change in downforce philosophy to emphasise underbody ground effect, rather than generating it over the surface of the car, could either make the cars “nice” or “ugly” to drive.

“It can go two ways,” Ricciardo explained. “Race cars can be nice handfuls, where if you watch IndyCar, you’ll get them wrestling them, especially on the road courses. They’re wrestling them all the time and, for me, it looks fun. Whereas others might be like ‘ugh, I can’t handle this – ‘no bueno’ at all’, but I look at it like ‘that looks fun’. There’s a nice fun and an ugly fun – I hope this is a nice fun.”

With car suspension systems just one of the areas to have been revised and restricted by the new regulations, Ricciardo expects drivers will be less comfortable in the car during races this season.

“I think the ride is going to be worse,” he said. “I hope it’s not that bad that you’ll literally get a headache driving the car, because no one likes driving with a headache. It’s not fun trying to concentrate with a headache, or doing anything really.”

After a challenging first season with McLaren where, despite a memorable victory at the Italian Grand Prix, he regularly struggled to match the pace of team mate Lando Norris, Ricciardo says the new style cars may suit him better.

“I hope so,” he said. “I think there’s a lot of unknowns now and that’s a fact. But I think with change, definitely comes optimism. Maybe this will actually get me to lean on my strengths.

“I’ve done a few laps in the simulator. I’ve done a few sessions – more than a few. I think so far it’s been going pretty good, so I’m pretty happy with where I’m at with the car at the moment. But how that correlates to on track, we’ll have to see.

“I’m excited for new cars. It’s going to be different to me as well. A lot of the comparisons to a Formula 2 car – well, I never raced in F2, so there’s going to be a few unknowns for me as well. But I am prepared and excited. Hopefully you can see me driving free as a bird in 2022.”